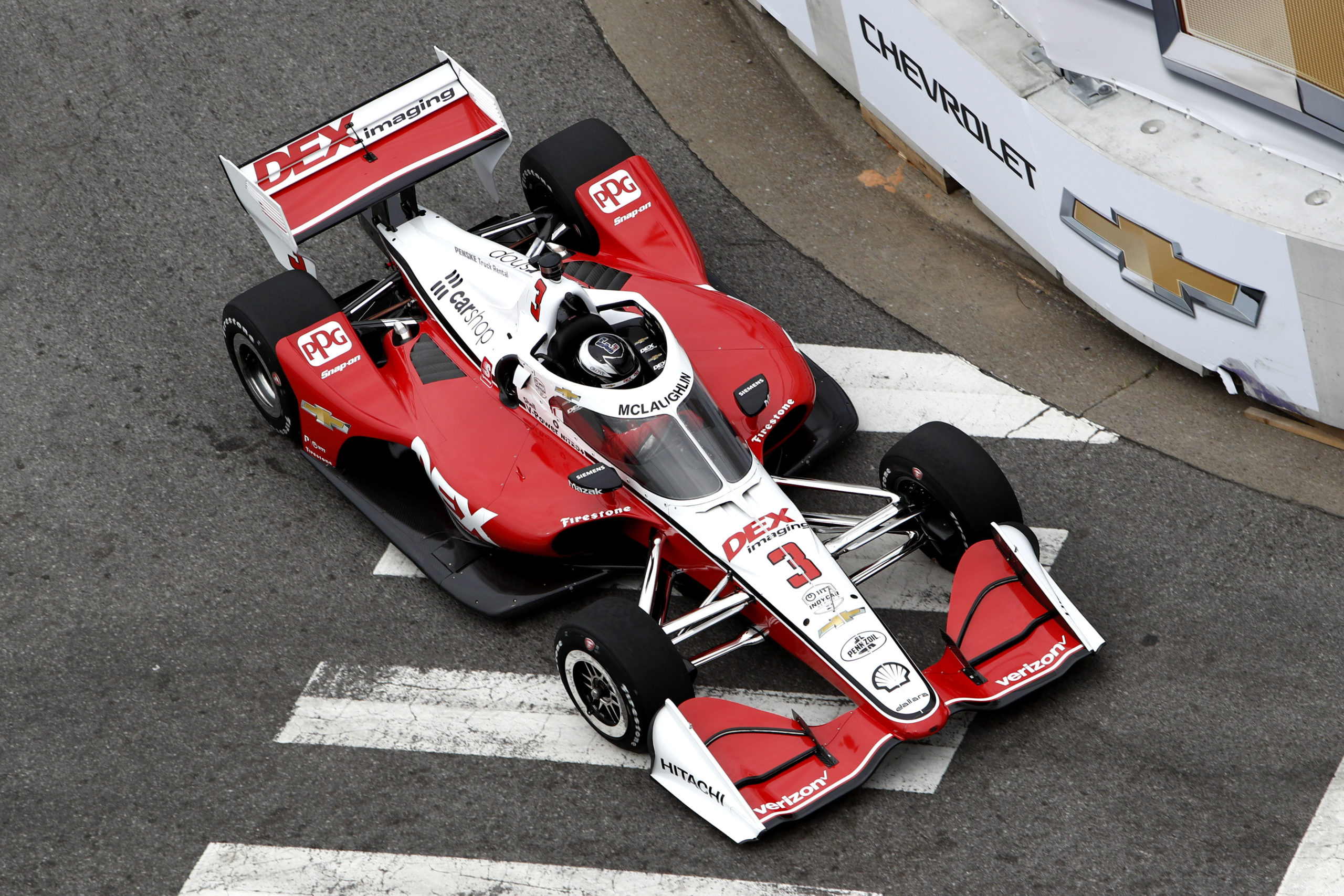 The Team Penske pilot qualified a lowly 23rd out of 27 cars after failing to progress from the first round of qualifying a day earlier.

After a clean start to the race, McLaughlin climbed to 18th before being spun by Ed Jones of Dale Coyne Racing with Vasser Sullivan at Turn 4 on Lap 16.

Relegated to the rear of the field, the Kiwi soon found himself parked up after a multi-car pile-up at Turn 3, an incident which would draw the red flag on Lap 20.

Having clawed his way back through and reached a race-high 15th, McLaughlin’s hopes of a strong finish were put to bed when team-mate Will Power collided with him at Turn 9 on Lap 40.

Almost everyone avoided the stricken #3 Chevrolet-powered car, all except Dalton Kellett who careered into the front of the idle McLaughlin.

“I feel bad for Scott definitely,” said Power, who went on to finish 14th.

“I thought he saw me and I was on new tyres and he had like 15 laps on his and it was totally on me. Just a bad move. Rough day to say the least.”

Ultimately, the incident put paid to the 28-year-old’s race.

He returned to the pits for repairs, eventually rejoining the race to finish 13 laps down on eventual winner Marcus Ericsson.

“The day was pretty crazy you could say, ended up P22, a few laps down, got spun out twice,” McLaughlin said in a video posted to social media.

“We were moving our way forward on both occasions and got caught up, so I’m really disappointed for my team, especially Dex Imaging, their first time back since St Pete. They’ve been great supporters and have a lot of people who have been watching the race.

“Unfortunately, when we were slowly clawing our way back, I got spun out and you’ve got to restart again.

“We got some points towards the end and we finished that race. It was a crazy race. Three hours long. Oh my god, I need a beer, but anyway, it was certainly a full-on race.

“We’ve got another race next week in Indy. I can’t wait for that. We’re showing promise. We’ve got speed. Passed 11 or so cars today. Got the fifth fastest race lap.

“We’re showing promise and I’ll keep my eyes forward and push on.”

“Going into Turn 9, I was pretty committed and Scott must have spun at a point where I was past the marshal’s stand and I didn’t see or hear on the radio about a yellow,” said Kellett, who failed to finish the race.

“I’d have to check the replay to confirm that but definitely didn’t hear a call for yellow, and was kind of committed and didn’t have anywhere to go.

“I feel bad for collecting McLaughlin there. I got sandwiched between him and the wall.”

McLaughlin and Team Penske will regroup before heading to the road course-configured Indianapolis Motor Speedway next weekend for the Big Machine Spiked Coolers Grand Prix.