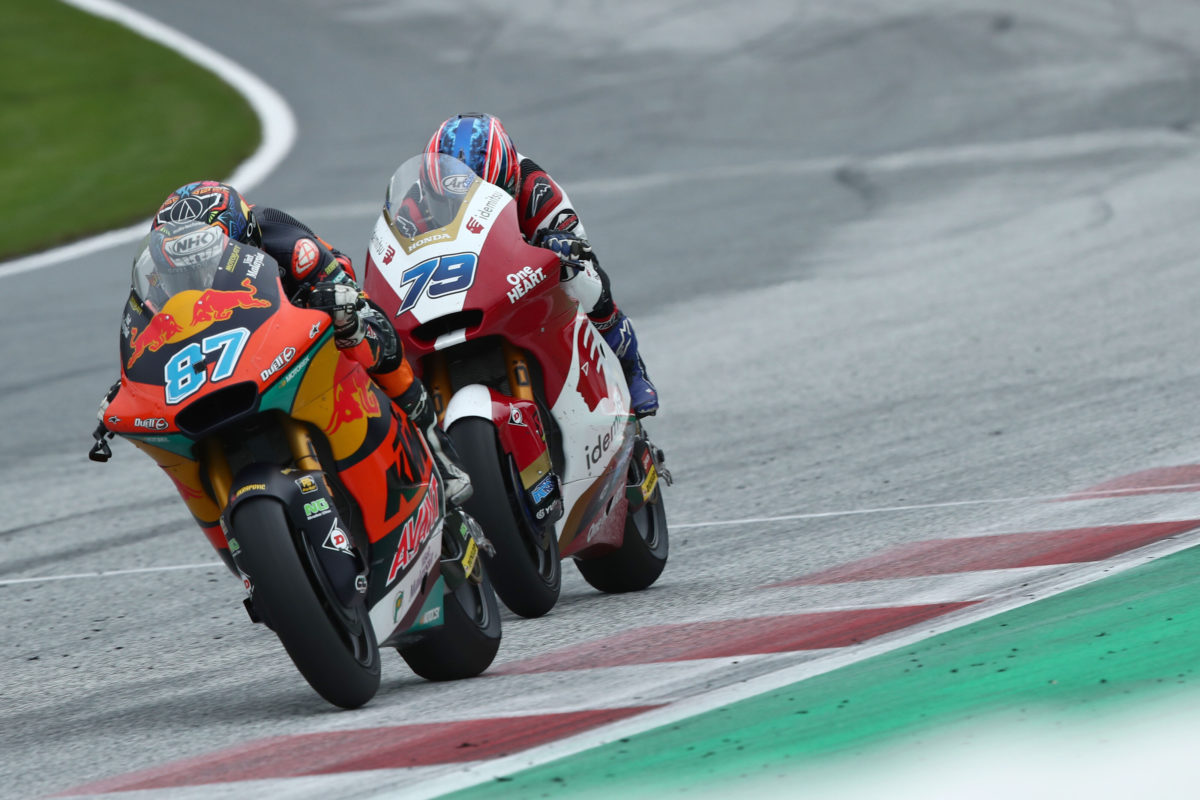 Remy Gardner says that an unfamiliar slipstream caught him out when he ran wide and lost a podium in the Moto2 Styrian Grand Prix.

The Sydney native did extend his championship lead to 35 points by finishing fourth, three positions up on Red Bull KTM Ajo team-mate Raul Fernandez, in the first of two races at the Red Bull Ring.

However, the margin could have been even bigger at the end of Round 10 of the season if not for an error on the sixth-last lap.

Gardner had been tailing leader Marco Bezzecchi when he ran long at Turn 4 and was briefly in the gravel, dropping to fifth by the time he got himself out of there.

He had been the official race leader for just shy of half of the 25-lap distance before Bezzecchi got by on the run to Turn 1 on Lap 19, and being in that unusual position led to the moment at the downhill right-hander.

“It was a shame about the run-off that we suffered at Turn 4, as we had led for a large part of the race,” explained Gardner.

“Our rivals were a bit stronger than us today.

“When the second placed rider passed me, it was the first time I got a slipstream from him all the way to the corner, and I just didn’t expect to have so much of a pull from it.

“That made me go into the gravel and lose more than five seconds.”

While it is just the second time that #87 has missed the podium in 2021, Fernandez had a worse afternoon on the sister Red Bull KTM Ajo entry.

He dropped from fourth to seventh when he ran well wide at Turn 9 on Lap 7 and would soon be issued a track limits warning in what was an increasingly untidy ride.

The Spaniard looked like slipping even further down the order when he came under pressure from Hector Garzo and then Somkiat Chantra, and ended up back in seventh when Celestino Vietti passed #25 on the final lap.

By then, Gardner was back up to fourth courtesy of a long lap penalty for Ai Ogura, meaning the differential between the two KTM Ajo riders was four points at the chequered flag.

Added Gardner about his afternoon, “Nevertheless, I am happy because we took the fourth position and picked up some important points.

“I want to thank the team for the work they did and, at the same time, apologise for not making it onto the podium.”

Bezzecchi went on to win the grand prix and thus consolidate third in the championship, nine points behind Fernandez.

The race came on the weekend that the latter was also announced as a Tech3 KTM rider in MotoGP next year, meaning he will make the same step up as Gardner.

Bezzecchi remains in the frame for a promotion to the premier class by either staying within VR46 or signing up with SRT.

GasGas’s Sergio Garcia went down as Acosta made the decisive pass, but had enough margin to re-mount and still finish second.

Round 11 of the grand prix season, the Austrian Grand Prix, also takes place at the Red Bull Ring, next weekend (August 13-15).