Viñales adamant he will be on a bike in 2022

Viñales adamant he will be on a bike in 2022 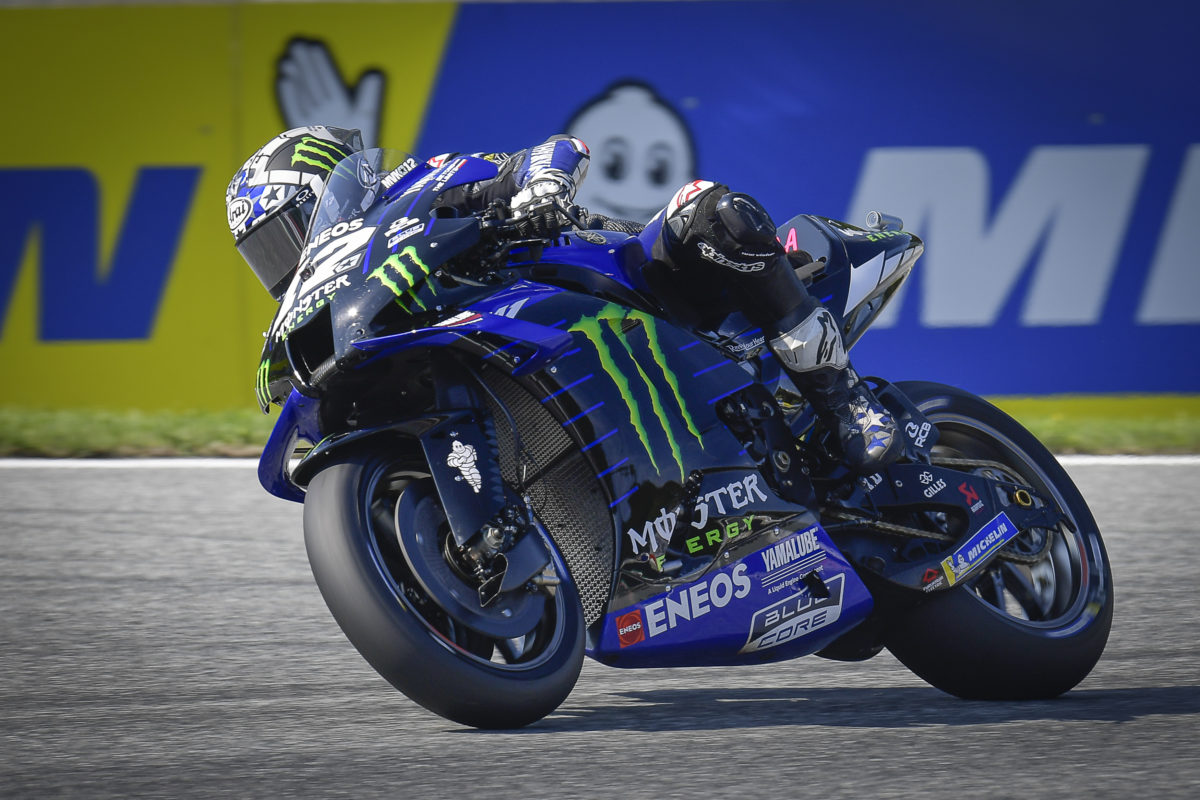 Maverick Viñales is adamant that he will be on a bike next year, amid speculation he has already signed on to race with Aprilia in MotoGP.

Viñales is widely believed to be on his way to the Noale manufacturer, which brings its factory effort in-house in 2022, after being granted an early release from his Yamaha contract.

No contract has yet been announced, and the Spaniard said during the just completed summer break that he was focused on his holidays, but, now that the paddock is back together, multiple Italian outlets are reporting that the deal is done.

Speaking at the Michelin Grand Prix of Styria, Viñales refused to confirm he has already inked an agreement with Aprilia, but spoke with confidence that he will be on the MotoGP grid next year.

“I am a warrior and I have to fight to get what I deserve.

“So, I will push until the end of the year and I hope Yamaha will help me.”

With Raul Fernandez having now been confirmed by KTM as a Tech3 MotoGP rider next year, the only non-Yamaha seats which remain up for grabs are a Ducati at VR46 and the second Aprilia alongside that of Aleix Espargaro.

Valentino Rossi, however, has ruled out having his former team-mate at VR46, meaning it is a case of Aprilia or nothing for Viñales.

The outgoing Yamaha pilot qualified ninth for the first of two races in as many weekends at the Red Bull Ring, six places back from where he sat on the combined timesheet after Free Practice 3.

He said that an engine issue arose during Free Practice 4, and there was no time to fix it before qualifying.

“What happened in the afternoon? It’s a good question and I’d like to have an answer, especially for me,” remarked the nine-time MotoGP race winner.

“Unfortunately, I don’t have it.

“In FP4, I had some engine problems – at the first touch of the gas, it seemed to cut the power – then in qualifying, I struggled to stop the bike.

“I was optimistic, but in FP3 I braked very well and in Q2 I ended up in the gravel every time I braked.”

Viñales’ struggles in traffic are infamous, but he is not giving up on a strong result in a race for which team-mate Fabio Quartararo has qualified third.

“For sure, starting ninth or first is not the same thing, but I will try to find the sensations of this morning [FP3],” said #12.

“If I success, I will have a good opportunity to do well.

“I don’t know what [weather] conditions we will find; of course, I would prefer a dry race to a flag-to-flag but, in any case, it will be fun.”

Pramac Racing’s Jorge Martin put his Ducati on pole, one spot up on factory counterpart Francesco Bagnaia, with race start due at 22:00 AEST.