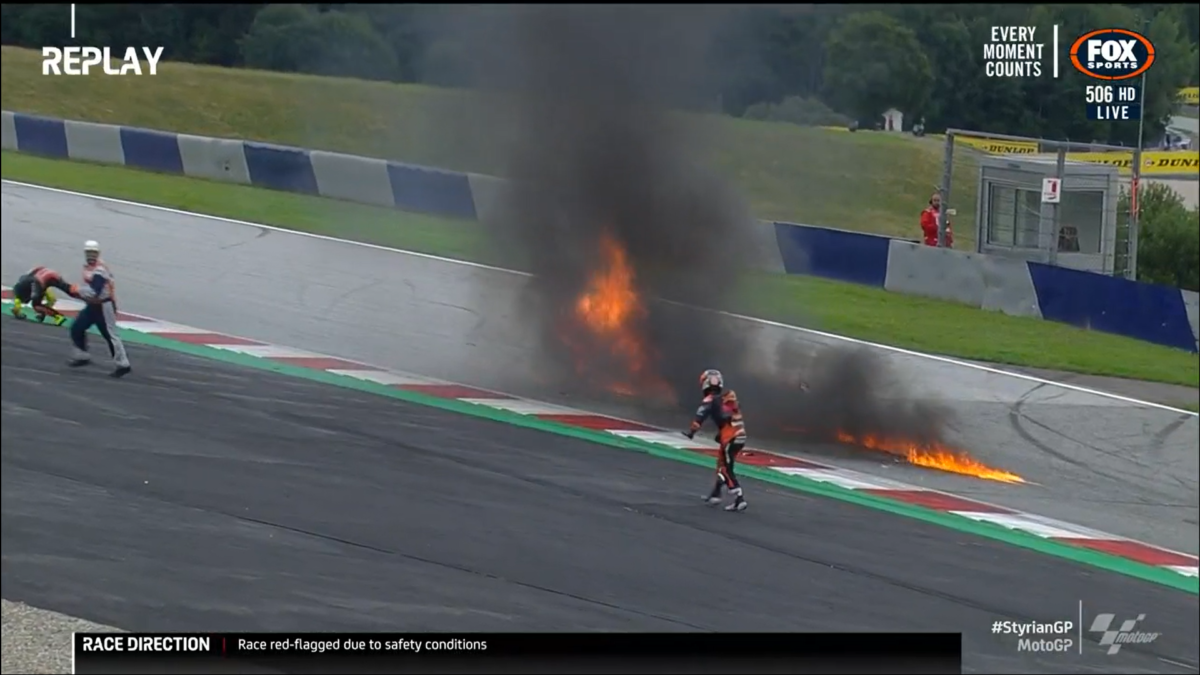 The Michelin Grand Prix of Styria has been red flagged due to a fiery crash involving Dani Pedrosa and Lorenzo Savadori.

Pedrosa crashed at Turn 3 on Lap 3 while running just outside the top 10 and his Red Bull KTM appeared to be cleaned up by Savadori, who had been running near the back of the field on his Aprilia.

That led to a flame-up, presumably due to a ruptured fuel tank and/or line, and a red flag.

Pedrosa stumbled from the crash site while Savadori, who was initially on his feet also, was stretchered away.

He was later seen sitting up with the medical crew attending to him.

Ducati Lenovo Team’s Francesco Bagnaia led at the time of the crash after a frenetic opening, while team-mate Jack Miller had slipped from fourth on the grid to 10th.

Fortunately for the latter, the 10th race of the 2021 MotoGP season will be completely restarted with a 27-lap distance, one lap less than the original schedule. 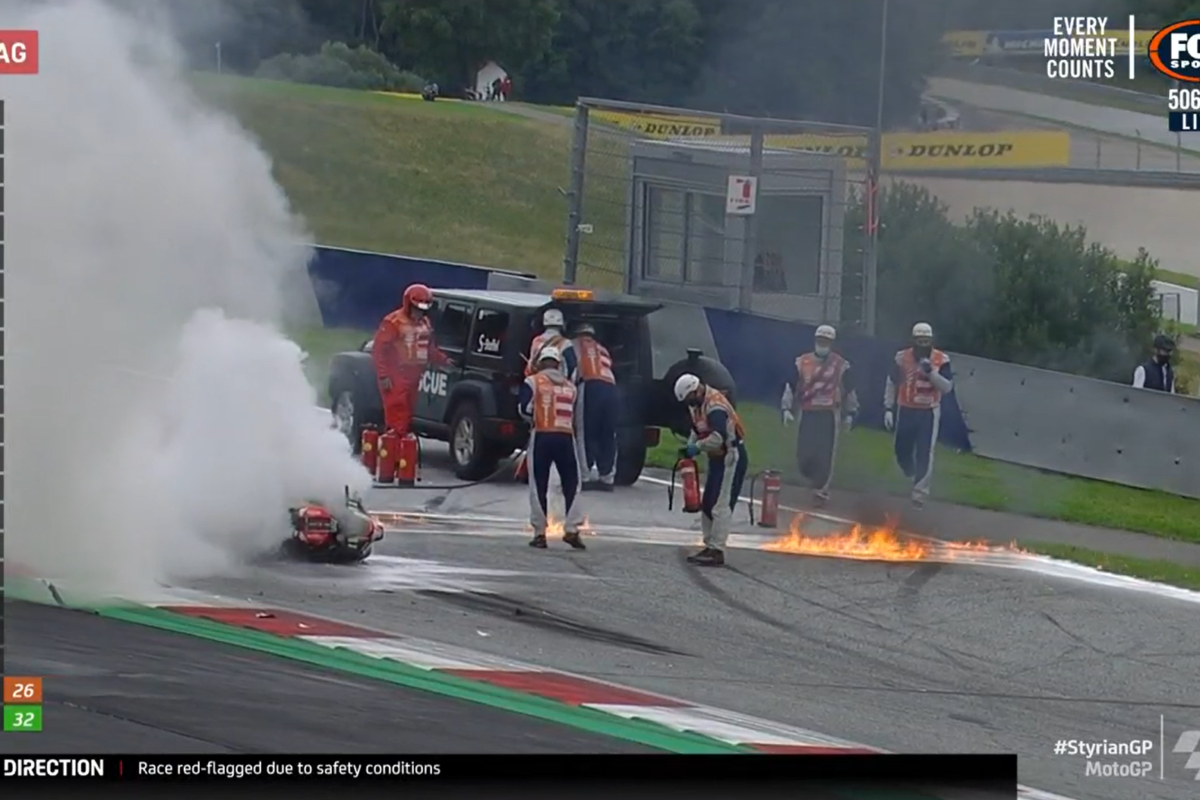 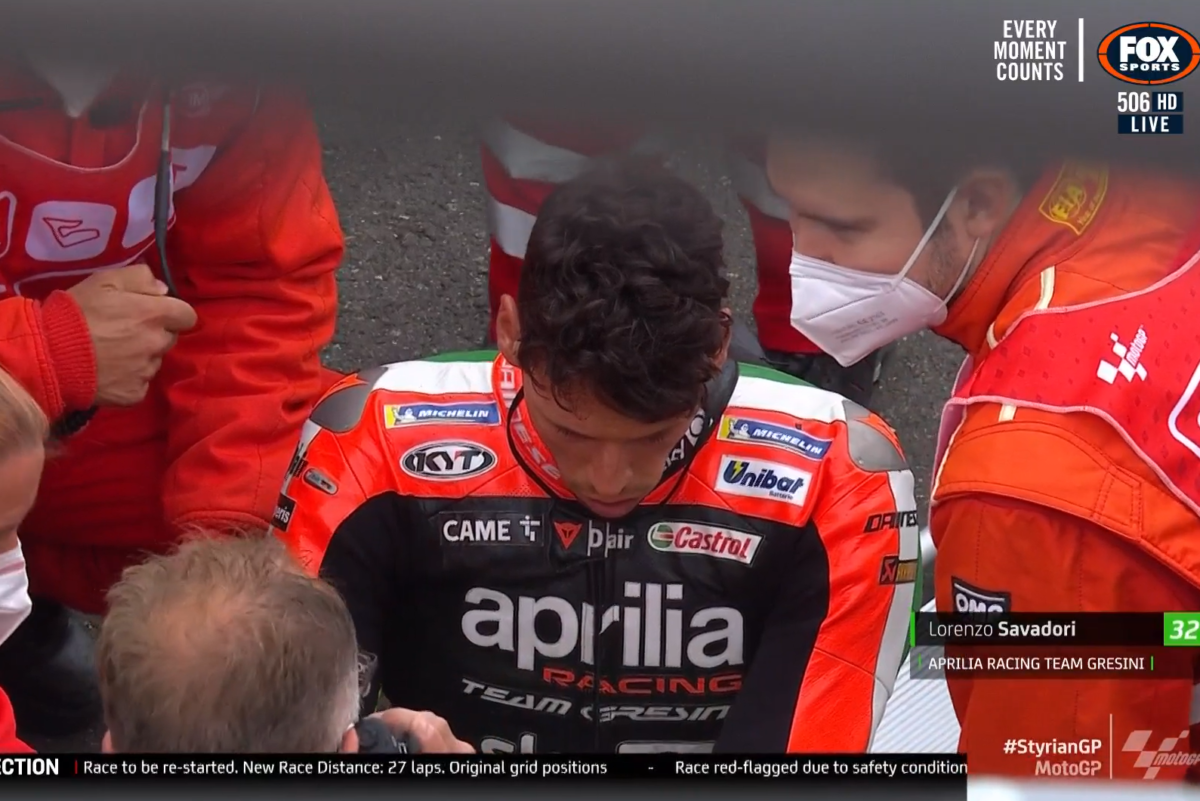 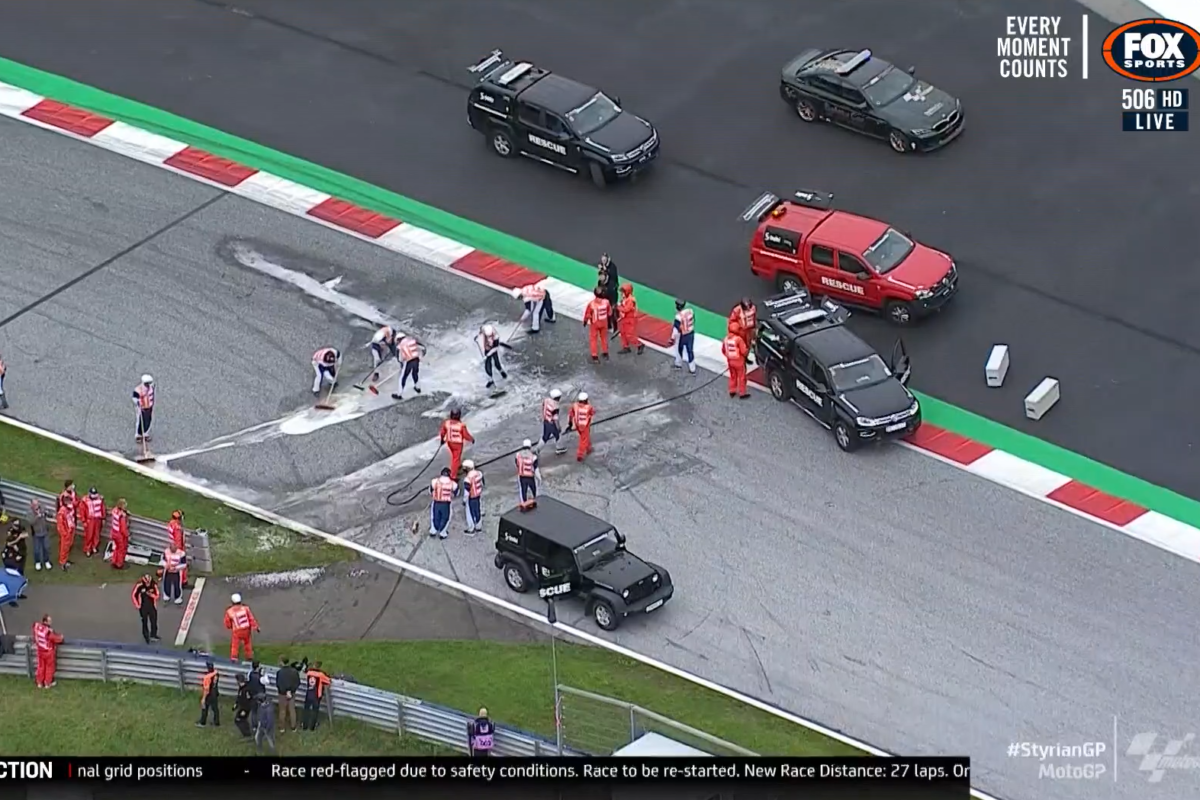