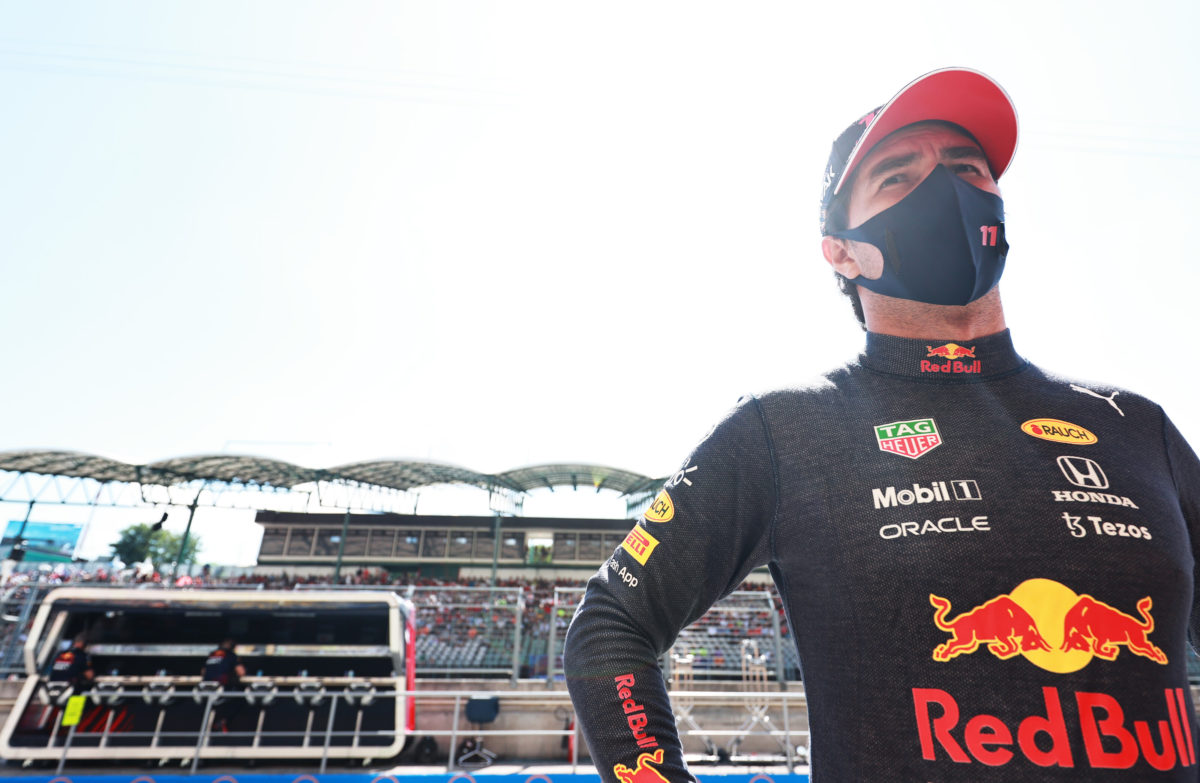 Sergio Perez expects to know what his Formula 1 future is by the time the sport reaches Belgium at the end of the month.

The Mexican replaced Alex Albon at Red Bull for the current season, and after a slow start has shown solid pace.

He won the Azerbaijan Grand Prix, the second victory of his career, and stood on the podium at the French Grand Prix at the following event.

Most recently, he was punted out of the Hungarian Grand Prix on the opening lap, an event which followed an almost equally disappointing British Grand Prix.

There, his main contribution was setting the fastest lap of the race, thereby denying race winner Lewis Hamilton of the bonus point.

However, Perez finished that race just 16th after he spun during Sprint Qualifying on Saturday and plummeted to the rear of the field.

The 31-year-old joined Red Bull primarily to offer support to Max Verstappen in his pursuit of the world championship.

Mercedes has enjoyed having both Hamilton and Valtteri Bottas towards the front of races, allowing it to dictate strategy in many respects.

Without a second car to interrupt Mercedes’ plans, it’s often left Verstappen exposed to the whims of his rivals.

It was hoped Perez would be able to perform in a role similar to that of Bottas; simply stick close enough to the front to complicate strategy decisions.

Albon was never able to routine manage it, and while Perez has been more consistent, he too has often been caught further down the order than the team would ideally like.

On a one-year deal, the odds of Perez staying on at Red Bull are high.

His rivals for the seat include Albon and Pierre Gasly, the latter of whom is settled and well established as team-leader at AlphaTauri.

“Obviously, the sooner you know your future, the better,” Perez said.

“But I’m in a very comfortable position within the team, within my future, so nothing to worry about.

“I think by Belgium, I will know my future. So I’m comfortable with how things are and no reason to look elsewhere.”

Formula 1 returns from its summer break on August 27-29 for the Belgian Grand Prix.