Jeremy Burgess: ‘Very sad’ to see Rossi have to retire

Jeremy Burgess: ‘Very sad’ to see Rossi have to retire 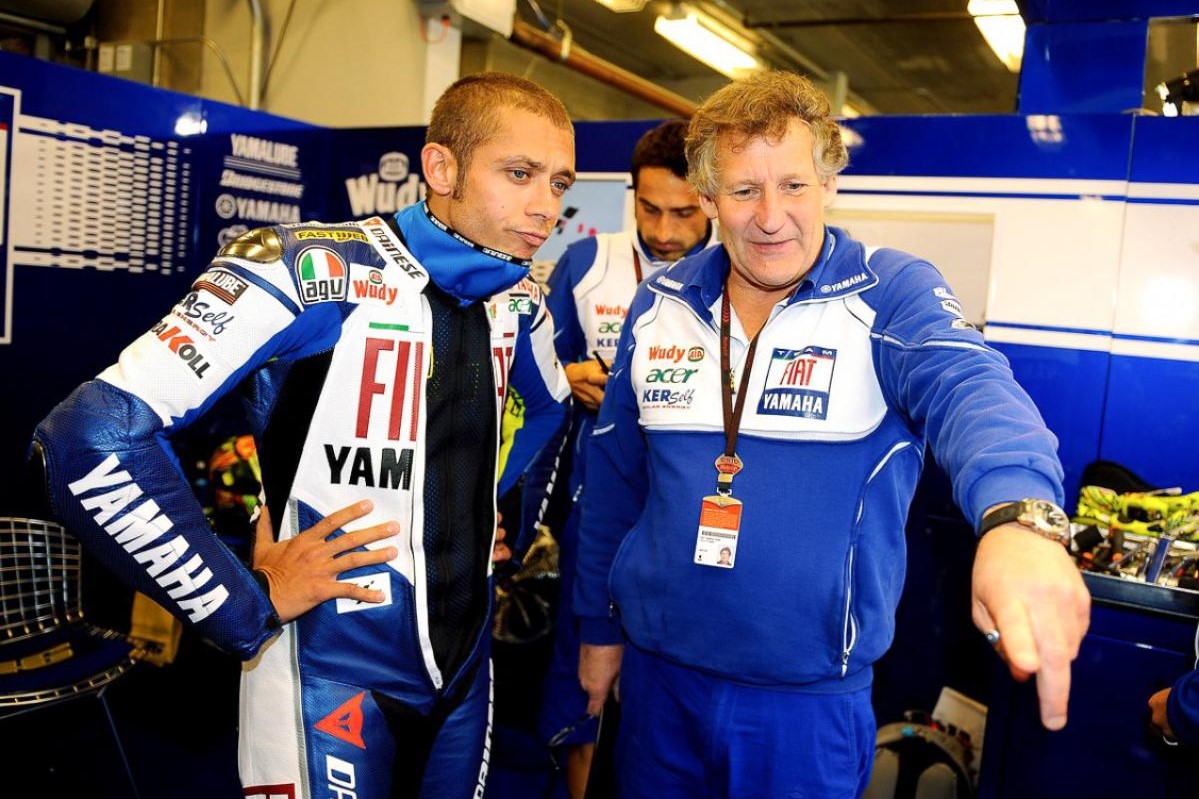 Valentino Rossi and Jeremy Burgess during their time together at Yamaha. Picture: MotoGP.com

It is “very sad” to see Valentino Rossi have to retire given how much he loves his racing, according to his championship-winning former crew chief Jeremy Burgess.

The Australian was with #46 for all seven of his MotoGP crowns, following him from Honda to Yamaha, then Ducati and back again.

Rossi stated last year that he “just expect[s] a big sad and a bad feeling” on his last day racing a motorcycle, and spoke of the pure joy that it has given him when making his announcement.

Burgess commented on that theme when asked what he made of the Italian’s decision to call time on his illustrious career, but noted that it was inevitable given the dramatic tailing off of results.

“I’m happy for him,” he told Speedcafe.com.

“He’s contributed so much over such a long time and brought so much pleasure to so many.

“Clearly with our sportspeople, we know at some point they make a decision to stop – we want them all to continue forever – but I think the last few years have been more difficult for Valentino than he would have expected, and he felt that going forward, it would always improve.

“Knowing him as I do, he just gets so much enjoyment out of what he does.

“In many ways, it’s very sad to see him sort of come to this decision but I think it was inevitable, really, in terms of looking back at results.”

Among the words spoken about Rossi since he announced the news at this weekend’s Michelin Grand Prix of Styria, Marc Marquez said that “we lose … maybe the biggest part of MotoGP.”

Burgess had a similar view but, having also been crew chief for Wayne Gardner and then Mick Doohan for all of their 500cc titles, of which the latter scored five, he suggested no one is necessarily irreplaceable.

“He’s such a big part of MotoGP and has been for such a long time; he will be greatly missed,” added the South Australian.

“But, having been in the sport myself, you think people are irreplaceable.

“I saw it clearly with Mick Doohan and after five championships, suddenly he was gone, and the focus swings to the other people.

“[But] I don’t think we’ll ever be able to write a book about motorcycling without mentioning Valentino Rossi.”

Despite the views of both Burgess and Rossi, the former does believe that the latter will find other things with which to occupy himself.

The 42-year-old has talked of starting a family, and also of more car racing, something that he has dabbled in already.

Said Burgess, “I think and the last time I actually spoke to him in any length was at Philip Island in 2019 and he had focuses on other things; his girlfriend and family and that sort of thing.

“The fact that he’s picked up and driven in endurance races in cars… he’ll certainly find plenty to do.

“He has said he wouldn’t be much of a person walking around in the paddock without actually racing himself, so we may see him – and I ‘may’ – have less of a presence at grands prix next year and focusing on establishing himself in car racing; who knows?”

Rossi has qualified 17th for the Michelin Grand Prix of Styria, with race start at the Red Bull Ring tonight at 22:00 AEST.