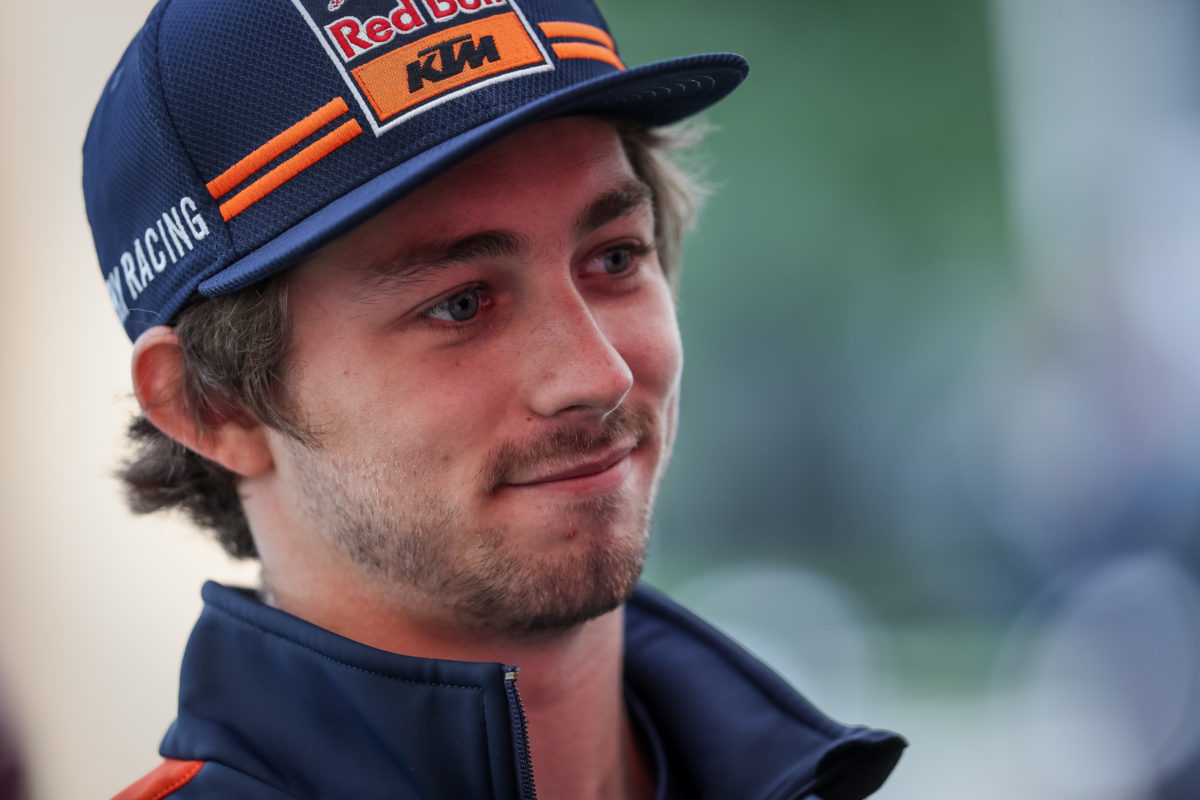 Red Bull KTM Ajo’s Remy Gardner has qualified on pole position for the Moto2 race at the Michelin Grand Prix of Styria.

The championship leader set a benchmark time of 1:28.668s around the Red Bull Ring, more than a tenth faster than Idemitsu Honda Team Asia’s Ai Ogura, who was next-best.

That stood as provisional pole until Bezzecchi, who was getting a tow from Elf Marc VDS’s Augusto Fernandez, set a 1:28.811s.

Ogura ran all the way through the session and had already been creeping up the timing screen when he went quickest with a 1:28.789s in the final three minutes of the 15-minute hit-out.

On his second run, Gardner bettered the Japanese rider with that 1:28.668s just before the chequered flag and was faster again on his final lap but that 1:28.616s was also cancelled for breaching track limits.

Raul Fernandez, meanwhile, had been shuffled back to sixth until he set a 1:28.978s with the chequered flag out, but seemed unhappy at the traffic which he encountered on that tour.

Bezzecchi, who wound up slightly slower than first-time front row starter Ogura, reported back in pit lane that his bike had developed a technical problem late in the session.

Said Gardner after clinching his third pole this season, “I felt good.

“After struggling a little bit in FP1 with some brake problems, we finally got everything sorted out and started to work on the set-up yesterday.

“I don’t know if I was expecting the pole or not, but happy we could bring it home. We’ve been working away and it’s good to be back in parc ferme after the summer break.

“So, super happy, and we’ll see what tomorrow brings with all the rain, but it should be an interesting weekend.”

Earlier in the afternoon, KTM confirmed that Raul Fernandez will join Gardner in graduating to MotoGP next year with Tech3.