Dixon ‘in the right spot’ to avoid any Nashville chaos

Dixon ‘in the right spot’ to avoid any Nashville chaos 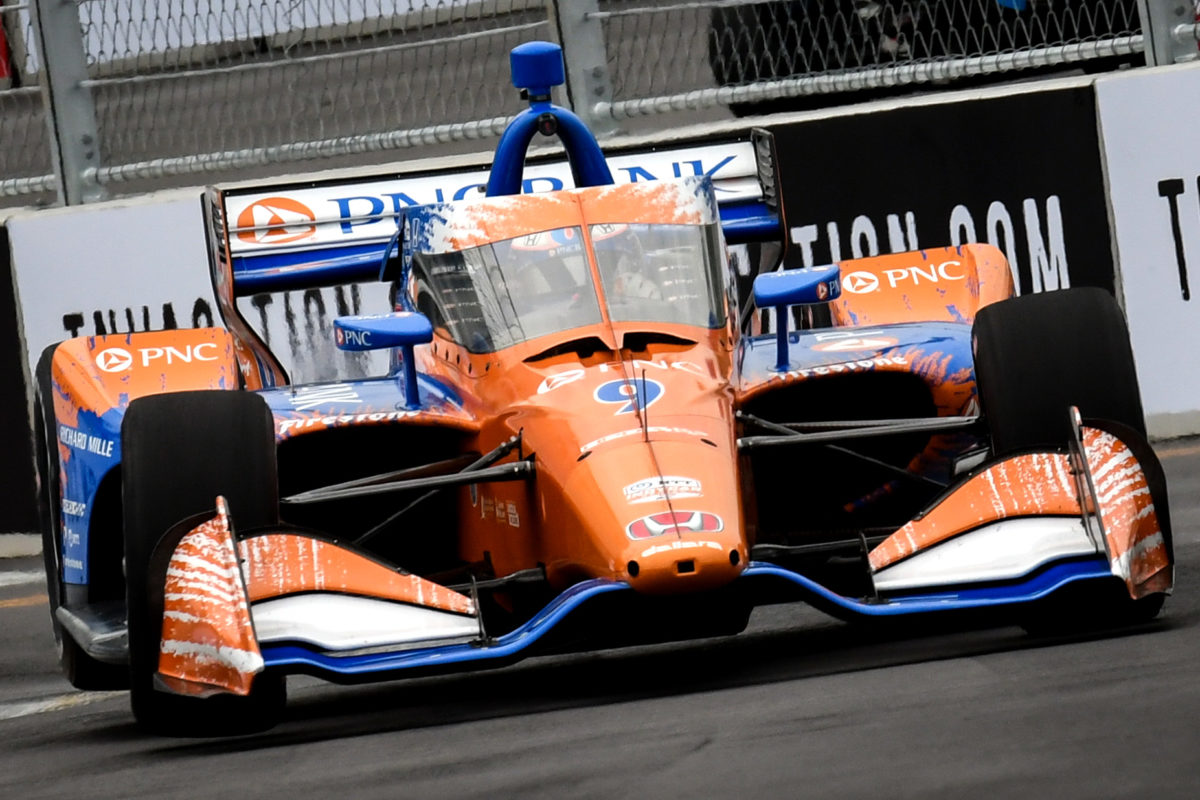 Scott Dixon says he’s starting in the right spot to avoid getting caught out in the first lap melee at the Nashville Street Circuit.

Despite being soundly beaten by the young American in qualifying, the Kiwi believes he’s in the best place to start the 80-lapper.

Speaking after qualifying, Dixon said he’s been keeping an eye on other categories racing to understand what the first lap of the inaugural Big Machine Music City Grand Prix might look like.

“We will have to see how the start plays out,” said Dixon.

“I have been watching a couple of the other categories that have been starting.

“It’s going to be interesting, I think, to make sure you don’t get caught out.

“You definitely want to start up as far as possible.”

The race presents several unknowns with little known in regards to the tyre degradation between the hard compound ‘black’ tyre and ‘red’ soft compound.

“We’ll have to see tyre deg – there’s so many unknowns going into this race, which is fun because it’s going to create a very good race,” he added.

“We’ll see how many cautions there are. Man, it’s all up in the air, so hopefully starting in the right spot is going to help us.”

Honda-powered entries have been among the quickest all weekend with the Japanese engine supplier occupying five of the top six spots.

“I knew the PNC Bank #9 was super fast, the Hondas have been super fast all weekend with driveability and just power I think, so that’s been a positive, but it almost caught us out too,” said Dixon.

“You can see even on that second run on the tyres I think it went four or six tenths quicker on the used tyres.

“We knew Herta was going to be fast because he was the only guy with new tyres but he’s been quick all weekend so he definitely deserved that.

“Kudos to their group and we’ll see how tomorrow plays out, but starting on the front row is fantastic for the PNC Bank #9.”