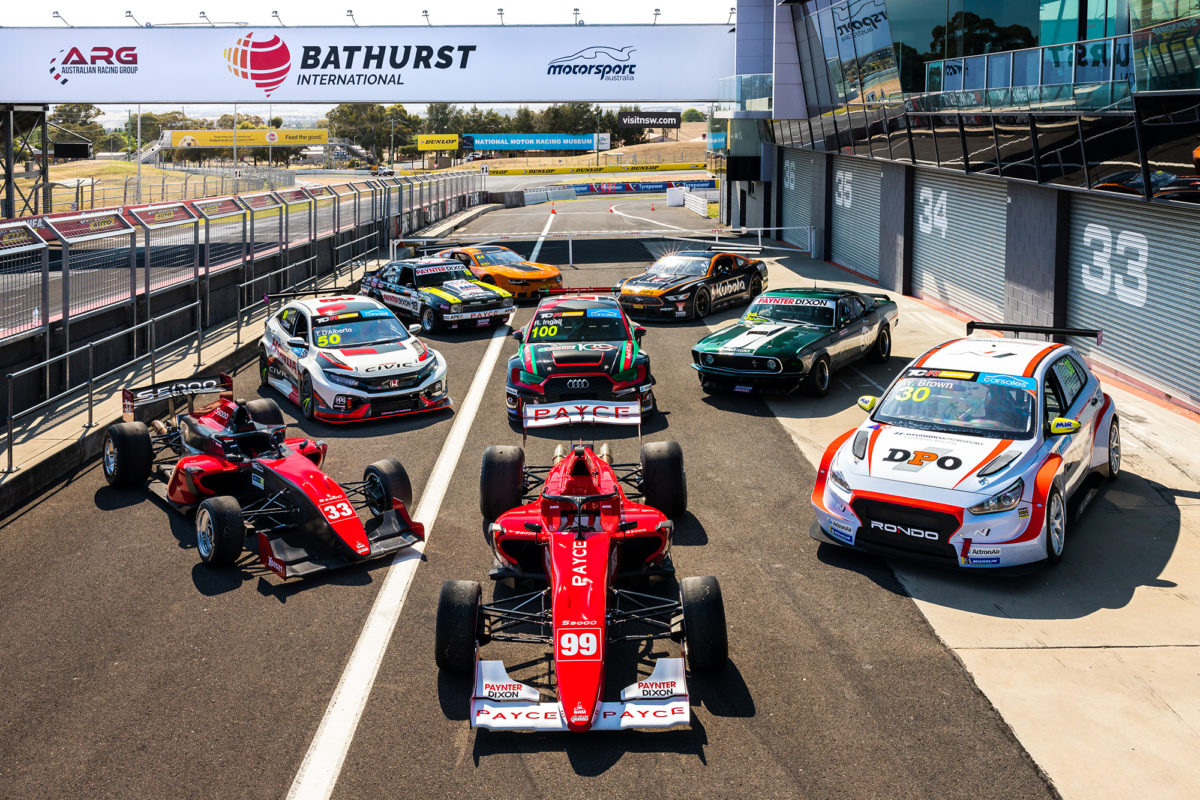 Australian Racing Group CEO Matt Braid is confident in the Supercheap Auto Bathurst International’s point of difference in what is set to be a packed November at Mount Panorama.

The Supercheap Auto Bathurst International will be held on November 26-28, a date announced in February, and would have had seven weeks (Sunday to Sunday) of clear air beyond the Bathurst 1000.

However, the latest revision to the Repco Supercars Championship calendar has pushed the 1000 into the first weekend of November, just three weeks before the International, in a bid to maximise the chances of a meaningful crowd for that event.

Between them will fall Challenge Bathurst on November 11-14, although that is a far more competitor-oriented sprint/regularity meeting.

Supports beyond the Bathurst 1000 on its new date are yet to be confirmed beyond the Dunlop Super2 Series, although Paynter Dixon Carrera Cup Australia, the Haltech V8 SuperUte Series, and the Toyota Gazoo Racing Australia 86 Series had been on the bill before the change.

While the headline act for the Supercheap Auto Bathurst International, a two-driver TCR enduro designed to attract competitors from around the world, has been replaced by a points-paying round of the Supercheap Auto TCR Australia Series due to border restrictions, those three races will be the longest in the competition’s short history.

Rather than being smothered by the profile of the 1000, the variety on offer at the International will carry it through, says Braid. 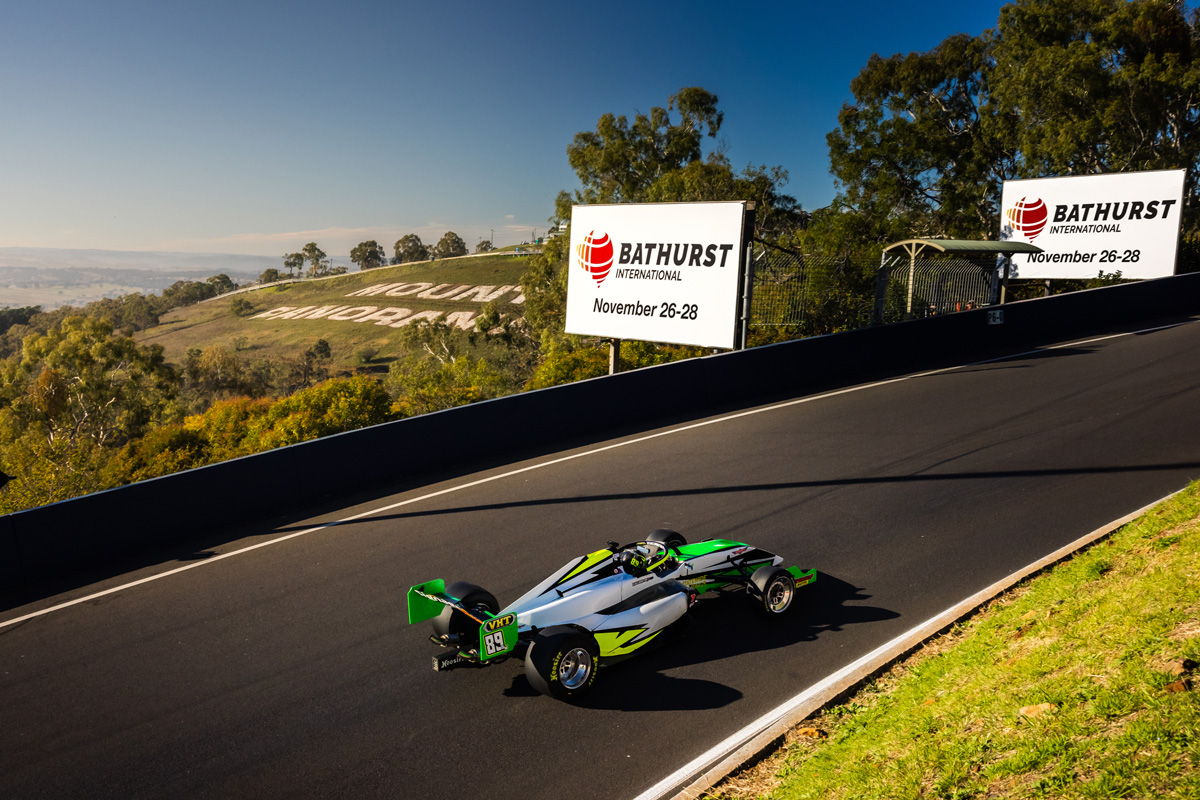 S5000 will race at Bathurst for the first time, in November

“The Supercars and the 1000 are a known quantity; everyone puts it on TV or goes out there that weekend, usually October, and they know what they’re getting.

“I think the beauty of the International is that it’s something different; brand-new.

“Our offering is different, from the point of view that you’ve got TCR cars doing a longer race format at Bathurst, which they haven’t done; there’s S5000 racing there as part of the Tasman Series; GT doing an enduro round; and Trans Am and TCM doing something special for those categories as well.

“So, we’ve probably got a greater array of motorsport content, in many ways a different form of motorsport content than what’s been seen at Bathurst – quite clearly in some instances – so the point of difference is what we believe will attract the viewing audience and the fans to the event.”

The Supercheap Auto Bathurst International was supposed to come into being last year but the 2020 event was cancelled altogether due to internal border closures.

Braid admits that having it and the 1000 so close together is suboptimal, but understandable given the difficulties arising from the pandemic. 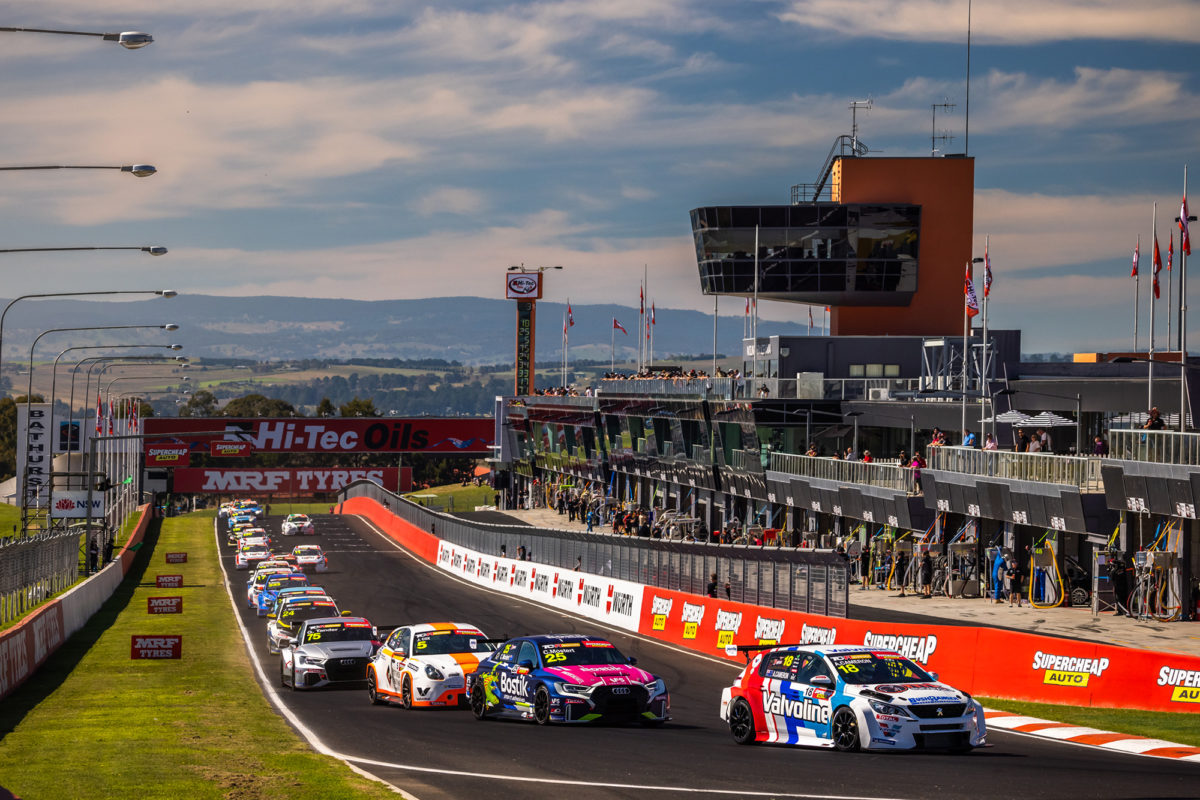 The TCR field at Bathurst in April 2021

“In any normal year, it probably wouldn’t be ideal,” he said.

“But, in the circumstances we’re in… I think, to be fair to the whole industry, it is trying to get as much racing at Bathurst as it can, as you would do.

“All of us place a high importance on any event at the circuit, and I think each event will have a point of difference, so certainly there’s enough in all three events, and there’s going to be plenty of good motorsport content for fans to choose.

The Bathurst 1000 is set to take place on November 4-7, although a contract drama related to Challenge Bathurst is believed to be brewing over that date.

Before then, the Supercheap Auto TCR Australia season is currently slated to resume with the Shannons Motorsport Australia Championships at Melbourne’s Sandown on September 17-19.

S5000 next races at the Bathurst International before moving onto the Supercars support bill at the Gold Coast 500 on December 3-5, with those meetings forming the modern revival of the Tasman Series.