Rossi: ‘Best’ messages from rivals such as Stoner

Rossi: ‘Best’ messages from rivals such as Stoner 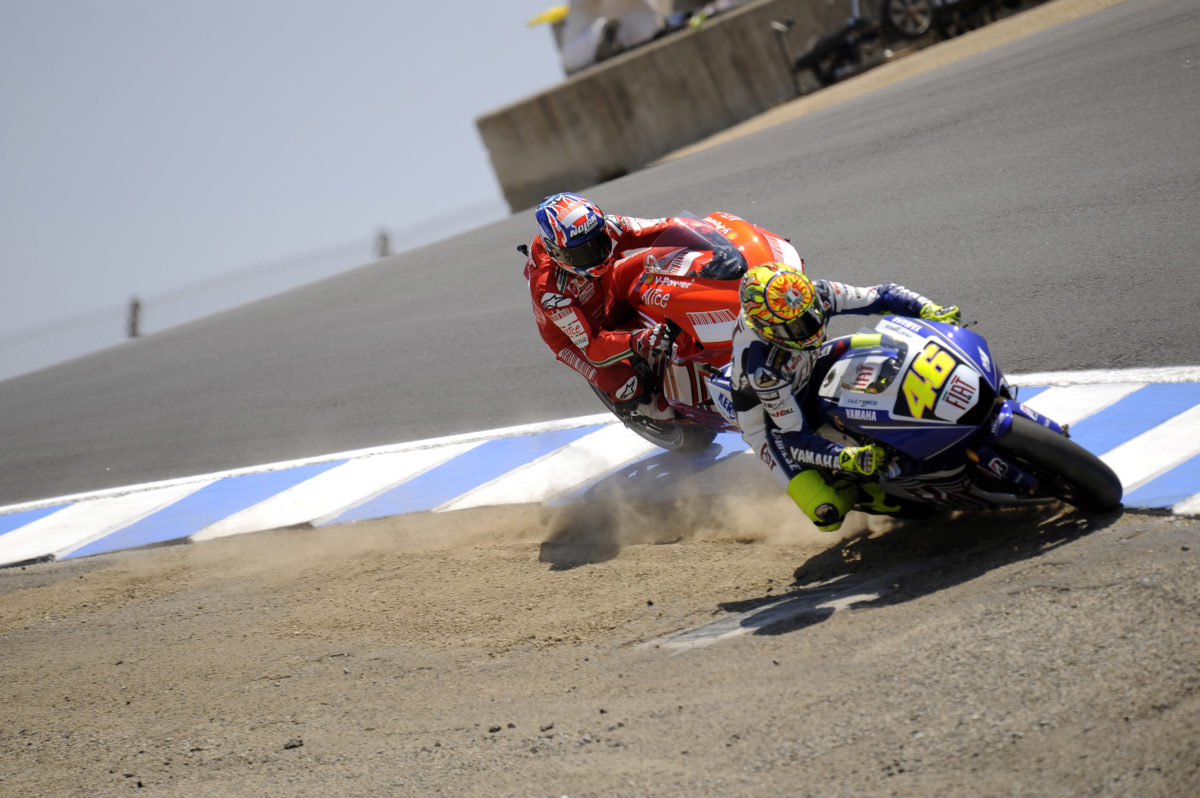 Valentino Rossi says that messages on his retirement from arch-rivals such as Casey Stoner and Jorge Lorenzo are the “best”.

The seven-time premier class champion announced on the eve of this weekend’s Michelin Grand Prix of Styria that the 2021 MotoGP season will be his last as a rider.

That decision led to an outpouring of tributes from across the globe, including from those with whom he has had less than harmonious relationships over the years.

Stoner was among them, taking to Twitter to write, “You’ve been without a doubt one of my greatest rivals, my achievements have been all the more validated having raced against you.

“We’ve had some tough battles over the years, and I learnt a lot from you.

“I hope you enjoy the next chapter of your life, there is a lot left to enjoy.”

You’ve been without a doubt one of my greatest rivals, my achievements have been all the more validated having raced against you. We’ve had some tough battles over the years, and I learnt a lot from you. I hope you enjoy the next chapter of your life, there is a lot left to enjoy pic.twitter.com/PevKWIBl6x

Rossi and Lorenzo once had to be separated by a wall when they were factory Yamaha team-mates, although ‘The Doctor’ did push for #99 to become the marque’s test rider when he retired from racing.

End of an era. On the track the 4 of us were just as fast, but in terms of charisma and transcendence @valeyellow46 is at the level of Jordan, Woods, Ali or Senna.

Max Biaggi was dry in his response, writing on Instagram, “Good Life Vale!

“We never pretended to love each other, but I’m sure we wrote a good page about motorcycling on the track.

“Maybe in the future in front of a good glass of wine we will have the opportunity to smile, remembering those moments lived together.”

Rossi identified those messages as the highlights.

“Yesterday was very emotional and especially in the evening it was great because I received a lot, a lot, a lot of messages from all around the world,” said #46.

“I expected a lot of messages for sure because when I do a good race I have, but yesterday was incredible; from my close friends, but also from other sports, like Formula 1, soccer…

“And especially I received a lot of messages from my old rivals, that are the best because Stoner sent me a message, and Biaggi, Lorenzo, Dovi [Andrea Dovizioso] also.

All of those riders have had their run-ins with Rossi, but arguably the most infamous was the flashpoint with Marc Marquez at the 2015 Malaysian Grand Prix.

The Italian was sent to the rear of the grid for the season finale which followed in Valencia as punishment for causing #93 to crash at Sepang, and ultimately missed out on what would have been his 10th grand prix title by five points to Lorenzo.

Marquez was also gracious, despite their dynamic.

“Yesterday, my bet was another one, I thought [Rossi] would continue one more year with his team,” revealed the Repsol Honda rider.

“Everybody knows that our personal relationship is not the best one, and everybody has his way, but I don’t have any problem and I can recognise that we are losing something big in MotoGP.

“Lucky for MotoGP that he will still be involved in the world, but if we evaluate his career, his 25-year career, it’s something special, unique, and a legend.

“So, congrats to him for his career, and I wish the best for the future.”

When those comments were communicated to Rossi, he responded, “I’m happy.”

Rossi was 16th-fastest in Friday practice for this weekend’s Michelin Grand Prix of Styria, at 1.459s off the pace on his Petronas SRT Yamaha.

Combined times were decided by the opening session, with the latter beginning in wet conditions at the Red Bull Ring, when #46 ended up 22nd.

“In FP1, which was full dry, I was quite good, also because I don’t change the tyres at the end.

“I felt quite comfortable with the bike. My pace was not too bad.

“In the afternoon, at the beginning with the full wet, I was not too bad, but when it became dry the situation is very difficult for us because we suffer very much for traction and I think that it’s a problem of more or less all the Yamahas.

“In this condition we suffer very much because we lose in acceleration and in that condition I was quite slow.

“So for Sunday, we hope for a dry race or full wet, not half and half.”

Rossi is set to continue racing beyond 2021, but in cars, and has identified a start in the 24 Hours of Le Mans as a specific goal.

Idemitsu LCR Honda’s Takaaki Nakagami is fastest so far in this weekend’s MotoGP round at the Red Bull Ring, ahead of Free Practice 3 this evening and Qualifying 1 from 22:10 AEST.