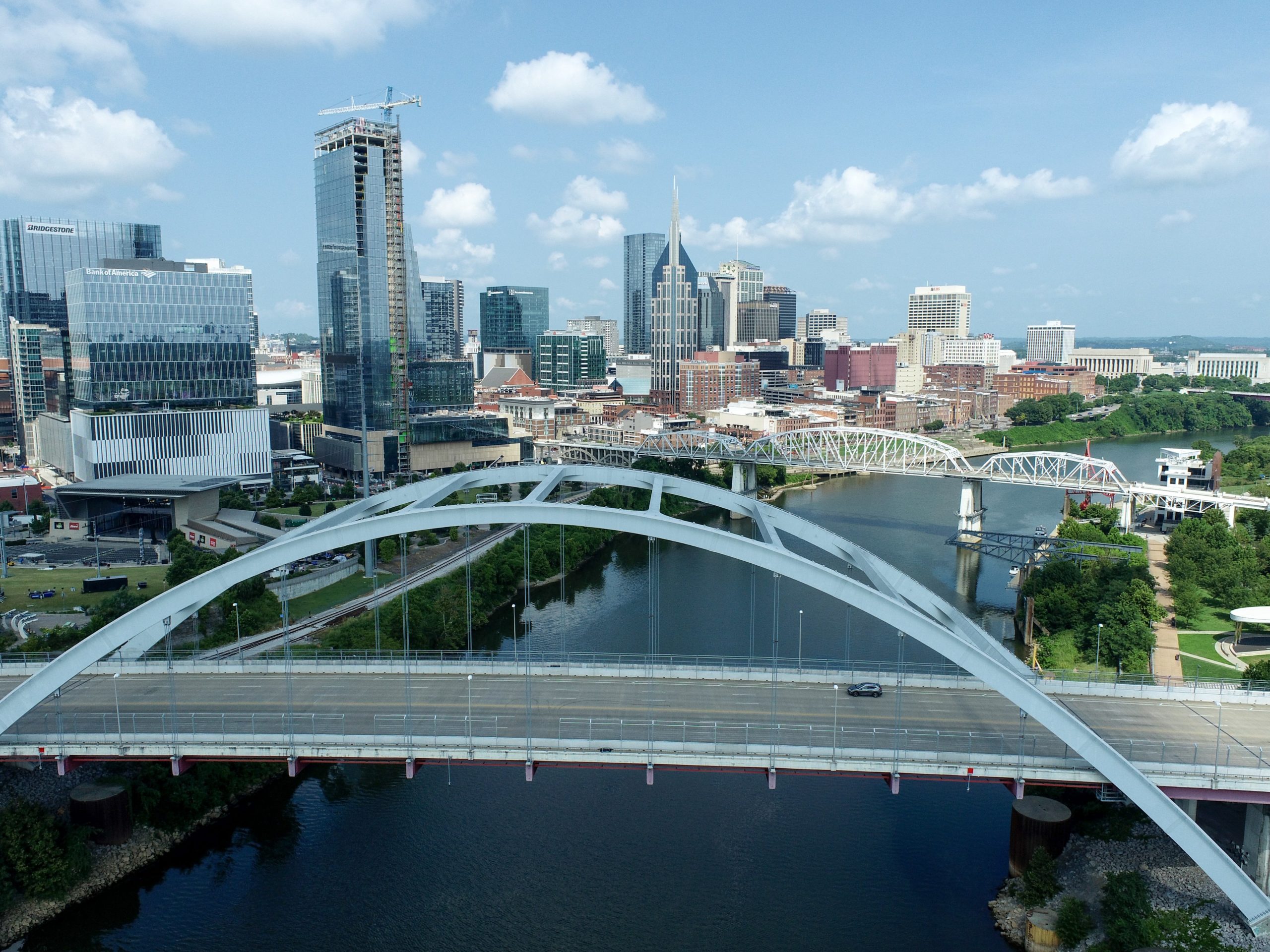 IndyCars will cross both sides of the Korean Veterans Memorial Bridge

The Nashville Street Circuit has the potential to quickly become an iconic IndyCar Series venue, according to Team Penske’s Will Power.

This weekend marks the inaugural Big Machine Music City Grand Prix on the streets of Nashville.

The cityscape backdrops the circuit as does the adjacent Nissan Stadium; however, it’s one landmark, in particular, that has Power’s attention – the Korean Veterans Memorial Bridge.

“It’s a bit daunting going over the bridge when you see how far it is to the water and you’re actually going over water,” Power told Speedcafe.com.

“It is a straight, so you just hope everyone behaves over that bridge,” he chuckled.

“It’s just the first thing anyone thinks when they see it, they’re like, ‘Oh my god! Cars are going over that?’ But it’ll be pretty cool.

“It’s like Monaco. Monaco is on the water, it’s the same thing.”

While the circuit is new to the calendar, the IndyCar Series used to regularly roll into town at the Nashville Superspeedway from 2001 to 2008.

Nashville has undergone a motorsport renaissance of sorts lately with NASCAR recently featuring at the Superspeedway and the SRX Series closing out its first season at Nashville Fairgrounds Speedway.

However, Power said this year’s first IndyCar Series event on the streets has brought new life to the city.

“I’m looking forward to it. I really hope it becomes an event that is like Long Beach and sticks around a long time.

“They’ve had a lot of infrastructure involved in setting up an event like this and a lot of money building barriers and grandstands. It’s been well received.

“It’s a fantastic city. The promoters have done a really good job. It’s going to be a huge crowd.

“There’ll be a massive attendance. I think this will be like a Long Beach-type race that hopefully stays on and becomes iconic.

The 2014 IndyCar Series winner likened the new course to the Toronto and St Petersburg street circuits.

“It’s a typical street course; a lot of 90-degree corners,” said Power, who suffered a fractured wrist in a clash with Kiwi rival Scott Dixon at Mid-Ohio last month.

“It looks like it’ll be a very good race track. It looks like there should be a lot of good passing zones. Long straights leading into tight corners. It’s pretty cool.”