Oliveira in doubt for Styrian MotoGP after practice highside

Oliveira in doubt for Styrian MotoGP after practice highside 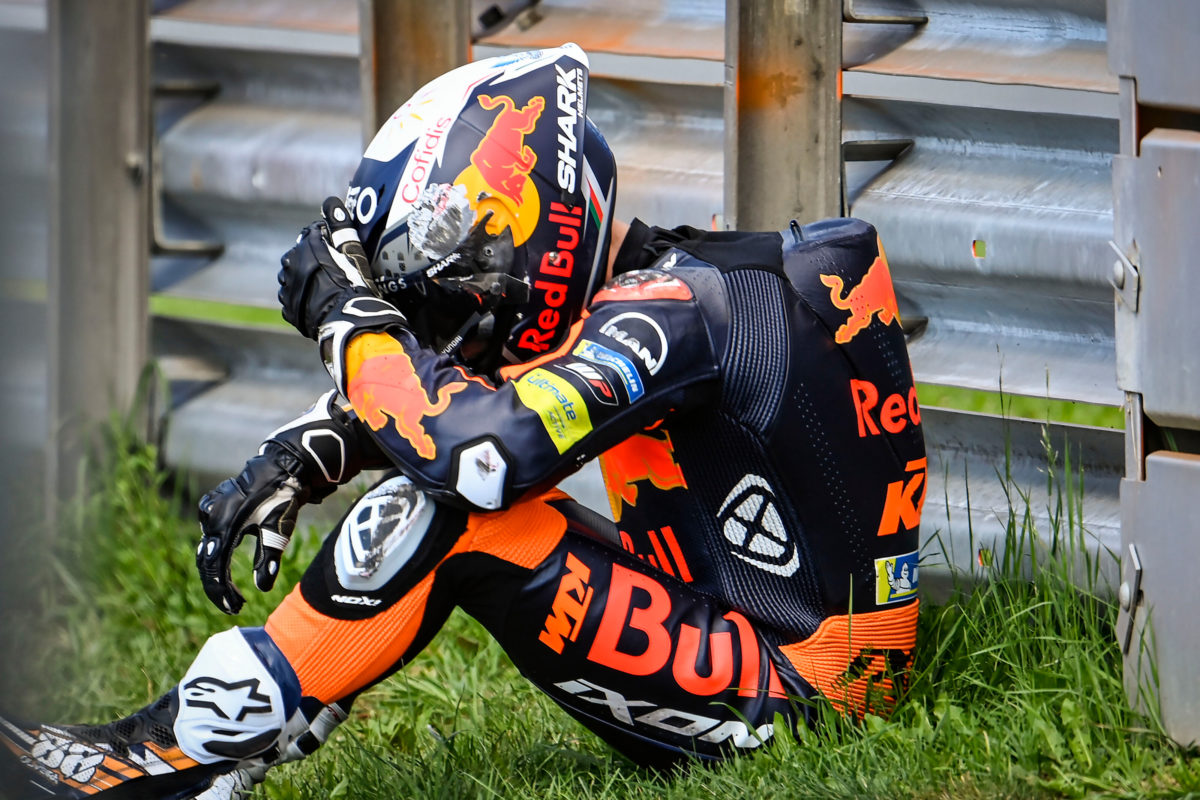 Miguel Oliveira after the crash (note the scuff on his helmet)

Miguel Oliveira is in doubt for the Michelin Grand Prix of Styria after hurting his right hand in a highside in Free Practice 1 at the Red Bull Ring.

The Red Bull KTM rider ran wide at Turn 3 and was flung from his RC16 when he opened the throttle again on exit.

His bike came to rest against the inside fence while Oliveira himself sat behind the barriers for some period of time.

He would go onto the circuit in a wet Free Practice 2, but only for an out-and-in lap, and thus did not set a time.

Medical checks have found no fractures to the hand, but his ongoing participation in this, the first round back from MotoGP’s summer break, remains uncertain.

Oliveira suggested ergonomics may have contributed to the crash.

“First of all, I’m disappointed and super-sorry for the start of the weekend,” said this year’s Catalan MotoGP winner in a statement issued by KTM.

“During the session, my brake lever position ended-up being very close to the handlebar and I couldn’t stop the bike, so I came into the pits a few times to understand what was going on and to look for better performance.

“I went out again and ran a little bit wide in Turn 3. When I opened the gas off the racing line, I had no traction control.

“I spun in the air and before I landed, I think I was hit on my hand by the handlebar. This is what hurt the most.

“We have been clearing any doubt about further damage to see if we can carry on and what we can do.” 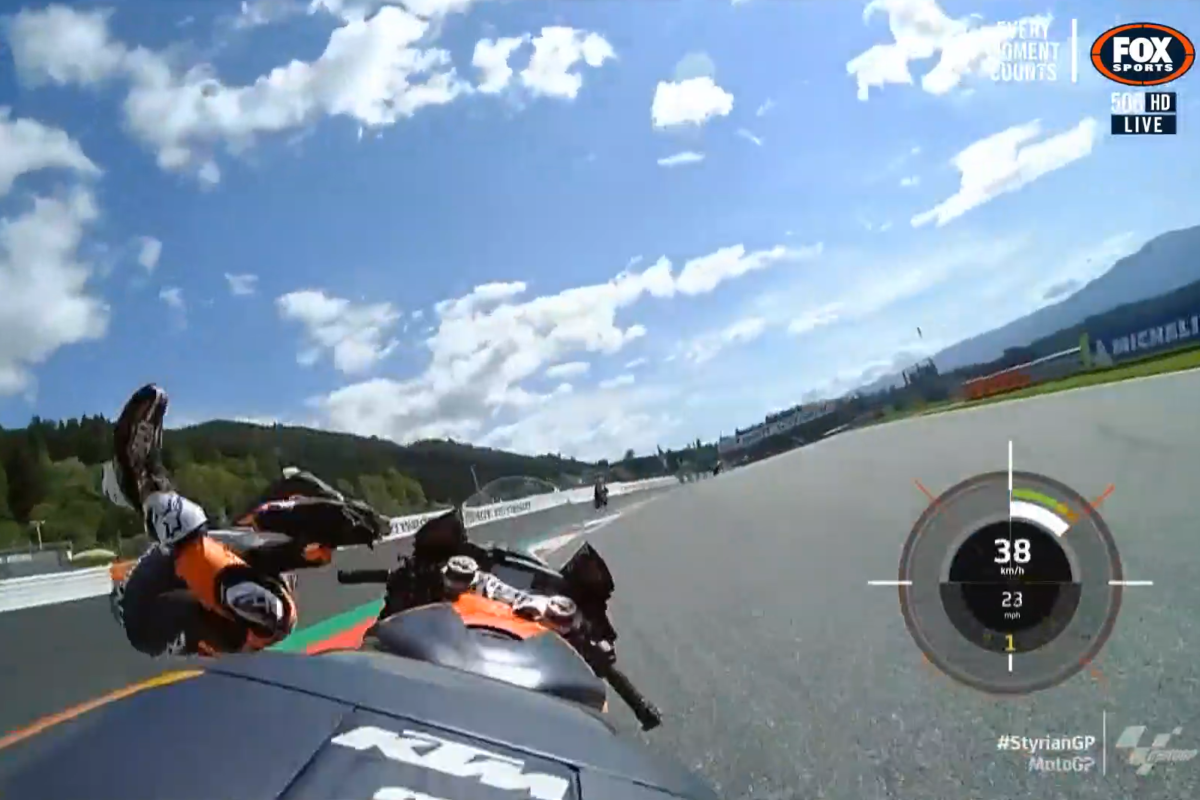 Idemitsu LCR Honda’s Takaaki Nakagami was fastest across the two 45-minute sessions with a 1:23.805s after the chequered flag in the opener.

Suzuki Ecstar’s Joan Mir has been on top for the majority of that hit-out before trading fastest laps with Aprilia Gresini’s Aleix Espargaro, and they ended up second and third respectively.

Jack Miller was last of those inside the top 10 with a 1:24.827s on his Ducati Lenovo Team entry, with Red Bull KTM wildcard Dani Pedrosa 11th and team-mate Oliveira 15th.

None improved in Free Practice 2, when Aprilia Gresini’s Lorenzo Savadori went fastest with a final-run 1:31.304s.

Free Practice 3 will be held this evening, with Qualifying 1 from 22:10 AEST.