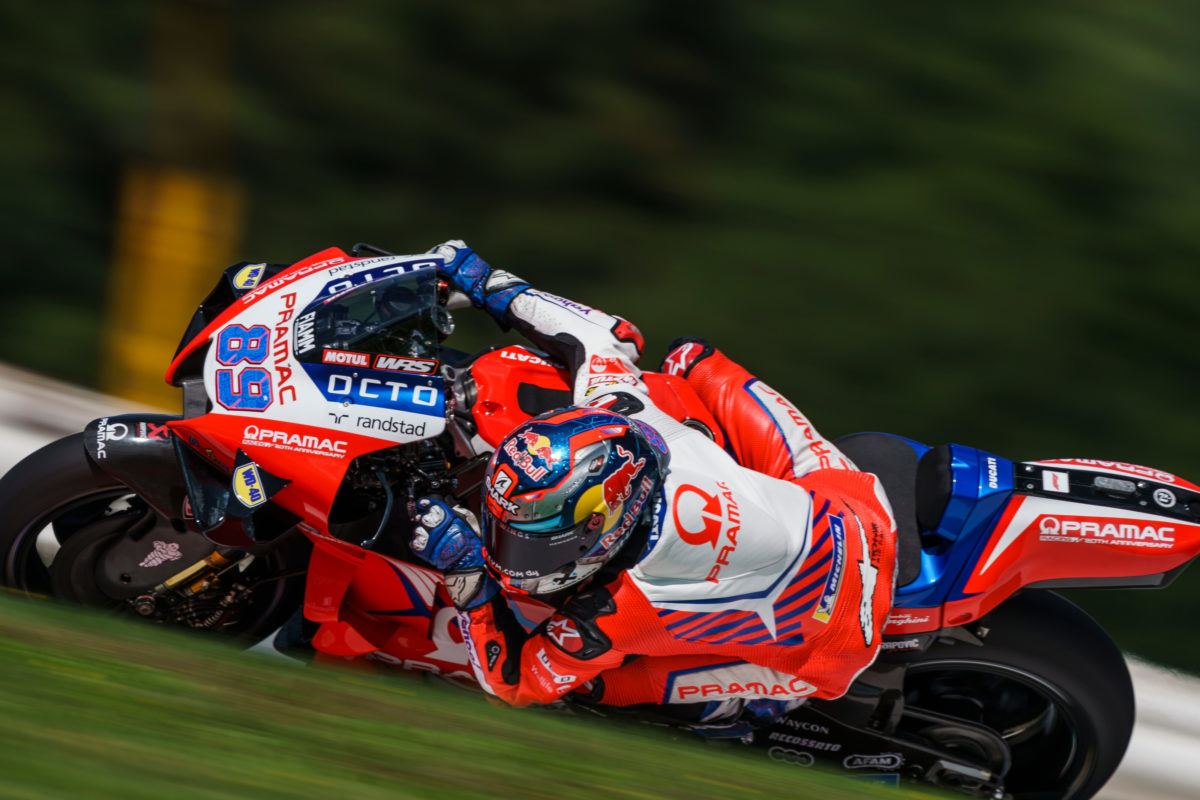 Jorge Martin has qualified on pole position for the Michelin Grand Prix of Styria after Fabio Quartararo had his fastest lap cancelled for exceeding track limits.

Pramac Racing’s Martin and factory counterpart Francesco Bagnaia make for a Ducati one-two on the grid at the Red Bull Ring, with championship leader Quartararo alongside them and Jack Miller fourth.

The Monster Energy Yamaha rider extended his advantage at the end of the first runs with a 1:23.075s while Miller still held second despite Martin clocking a 1:23.148s on his Ducati.

The rookie had strayed wide of track limits at Turn 9 in doing so, meaning he reverted to the 1:23.371s on his preceding tour which left #89 in third spot.

Bagnaia (Ducati Lenovo Team) was early onto his second run and immediately jumped to the top with a 1:23.038s, before Martin set a new all time lap record in laying down a 1:22.994s.

That shuffled Quartararo back to third but it looked like he had reclaimed provisional pole with a 1:22.958s just before the chequered flag flew on Qualifying 2.

However, the Frenchman had also run beyond track limits at Turn 9, meaning the lap was taken off him and he would ultimately not be able to improve on his first run.

Miller also went no quicker on his second run but has still done enough to take fourth, ahead of Suzuki Ecstar’s Joan Mir.

The latter had gone down at Turn 9 early in Free Practice 4 but was back on his primary bike, the only one with the new rear ride height device at his disposal, for qualifying, and his best time would be a 1:23.322s.

The man on #93 set the fastest first sector on his final lap but never got back around to the control line after folding the front of his Repsol Honda at Turn 3.

Back in Qualifying 1, it looked like Oliveira would not make it out when he was bumped from the top two by Enea Bastianini’s 1:23.510s just before the chequered flag.

However, Bastianini (Avintia Esponsorama Ducati) had that lap cancelled for exceeding track limits, meaning the Portuguese rider survived, along with Alex Marquez.