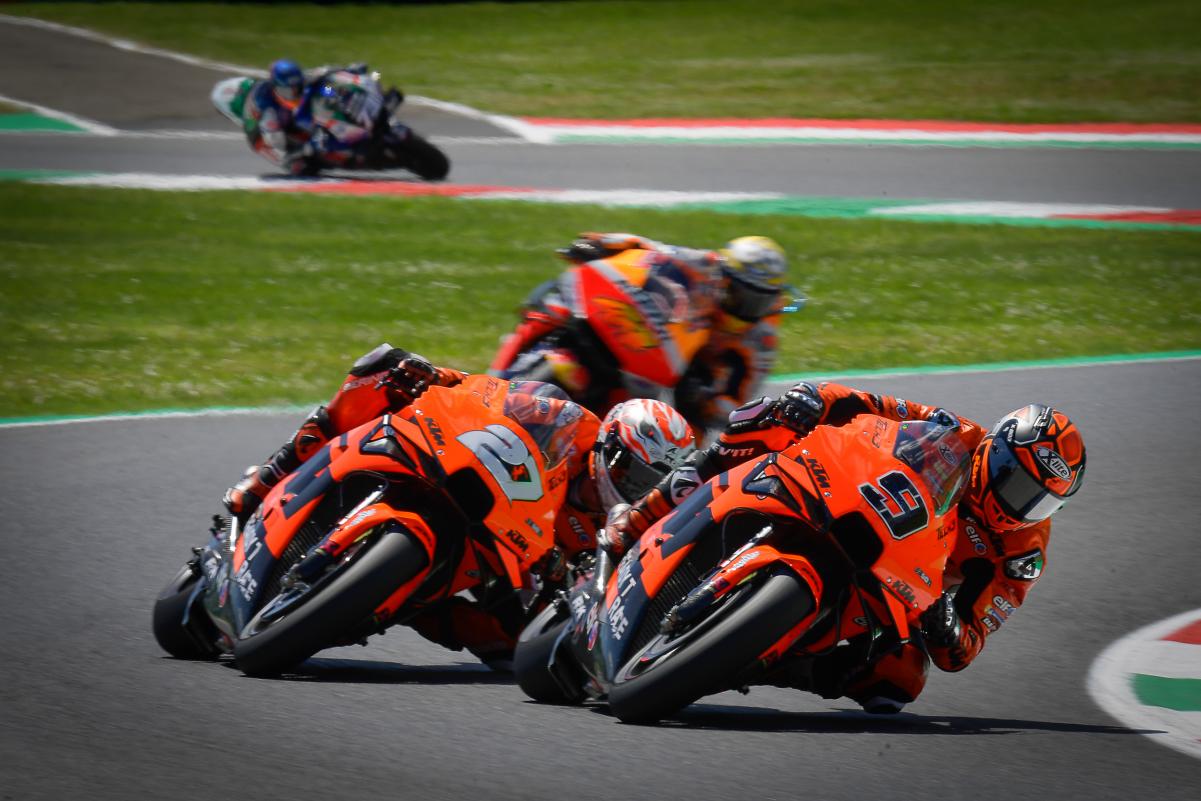 KTM will decide who Remy Gardner’s team-mate at the Tech3 MotoGP team will be at the end of this weekend’s Michelin Grand Prix of Styria.

The fourth RC16 on the 2022 grid remains as yet unspoken for, although Red Bull KTM Ajo’s star Moto2 rookie, Raul Fernandez, is considered the clear favourite.

However, Fernandez is also a target of Petronas Yamaha SRT, which has to replace Valentino Rossi and will have two seats to fill if Franco Morbidelli makes the likely step up to the Monster Energy Yamaha.

While such decisions are often made during the summer break, which has just wrapped up, KTM motorsport director Pit Beirer says it is still a day away.

“We said to ourselves, we will not get smarter in this long break, so we are going to go through a full race weekend this weekend and take a final decision on Sunday night,” Beirer said on the television world feed during Free Practice 3 at the Red Bull Ring.

If Fernandez does get the nod at Tech3 KTM Factory Racing, it would mean both Danilo Petrucci and Iker Lecuona would be ousted.

The Spaniard would also remain team-mate to Gardner after they moved into Ajo’s Moto2 squad this year.

Collectively, the duo has dominated the intermediate class so far in 2021, with Gardner 31 points up on Fernandez at the top of the table and VR46’s Marco Bezzecchi another 25 points back.

The Australian, who was formally announced as a future MotoGP rider in June, has also just pipped Bezzecchi in final practice for Moto2 in Spielberg.

In MotoGP action this weekend, the Ducati Lenovo Team’s Francesco Bagnaia is fastest so far after three practice sessions with a 1:13.114s and thus on his way directly into Qualifying 2.

Championship leader Fabio Quartararo was next-best by 0.028s in Free Practice 3, lifting late after a ropey session aboard his Monster Energy Yamaha.

Miller was right on the bubble in 10th at the chequered flag but moved up a spot when he clocked a 1:23.731s.