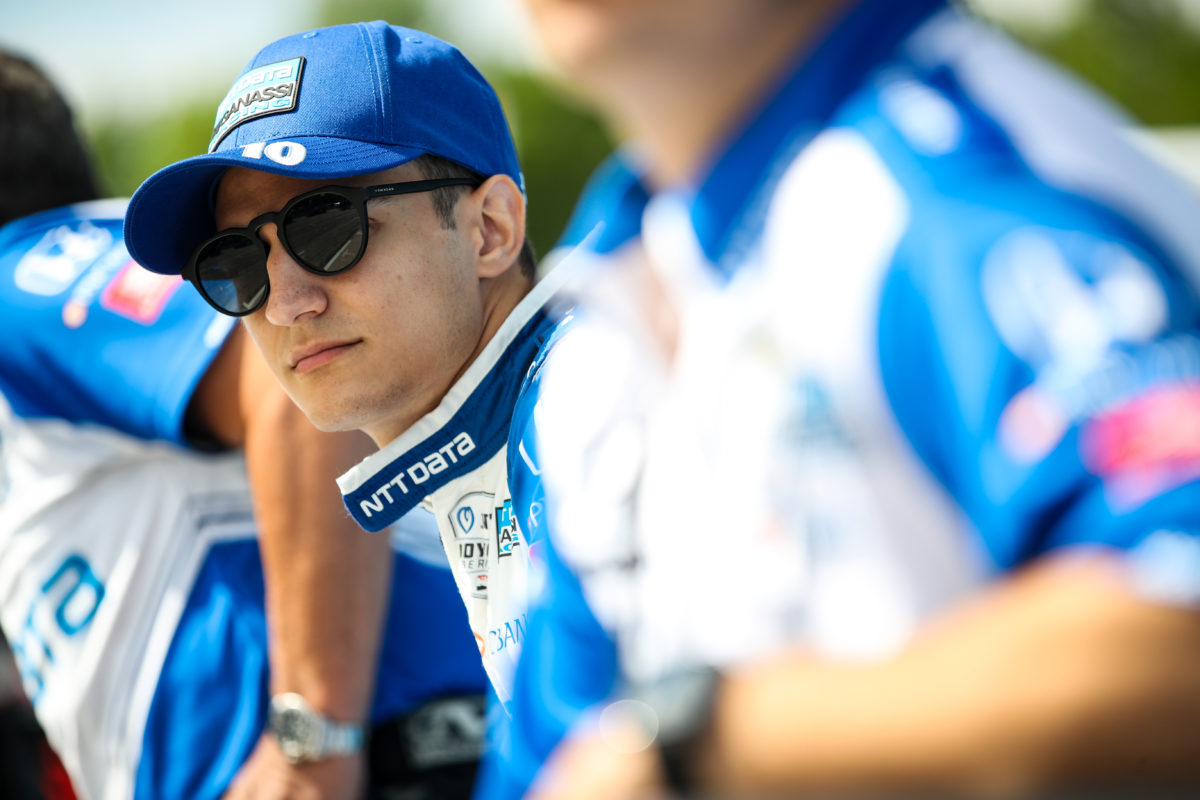 IndyCar Series organisers today confirmed the #10 car was in violation of Rule 16.2.3.2, which reads: “A fifth (5th) Engine is eligible to earn Engine Manufacturer points if a Full Season Entrant has completed the Full Season Entrant Engine Mileage with its first four (4) Engines. Otherwise, a fifth (5th) or more Engine does not earn Engine Manufacturer points and will be considered an Unapproved Engine change-out.”

It’s the second occasion that Palou has received a penalty for an engine change, his last coming at the Belle Isle Street Circuit for the first of two races in Detroit.

In that race, he qualified 19th and lined up 25th after the penalty before going on to finish 15th.

Speaking after Practice 1 at the Music City Grand Prix, Palou said he knew before the season started that he would receive the penalty at some point having suffered a failure in testing.

“We knew we had this penalty already since the season even started. We got it on my first test, second test with Chip Ganassi Racing. That was way before the first race of the season.

“They told me, ‘You’re going to have a penalty’. I was like, ‘What? We didn’t even started the season’.

“[It’s] one of those rules that I think they will adopt and change in the future, I hope at least, because I don’t think it makes a lot of sense that you blow up an engine on winter testing and suddenly you are with a penalty in the season.

“It is what it is. Nothing we can do now. Nothing the team could have done before. We just have to recover those six places that we’re going to have.”

Despite the penalty, Palou remained optimistic that he could make up places on what he expects to be a frenetic 80-lap race.

“I think maybe this being a street course, street racing, it’s always a bit more crazy with the strategies, tyre deg and overtakes,” he said.

“I think it’s a good place to take a penalty. But, yeah, nothing we can do, so…”

Palou currently leads the series on 384 points ahead of McLaren SP driver Pato O’Ward who has 345 points to his credit.

The 24-year-old was sixth fastest in Practice 1.