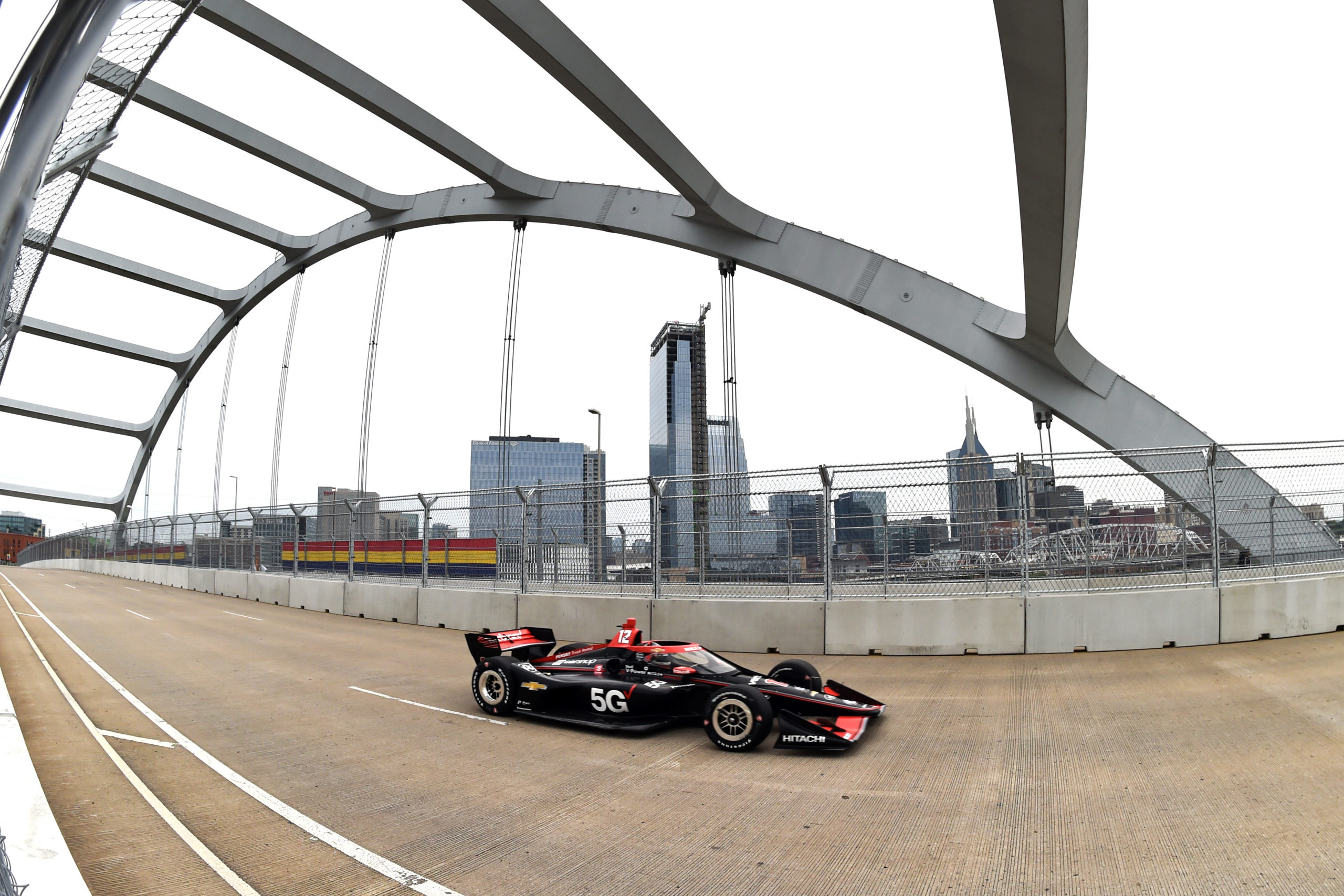 Will Power was eighth in Practice 1 at the Nashville Street Circuit. Picture: Chris Owens

Andretti Autosport’s Colton Herta says he’s surprised by just how bumpy the transition off the bridge is at IndyCar’s new Nashville Street Circuit.

The 21-year-old was quickest in Practice 1 at the Big Machine Music City Grand Prix, setting a time three tenths quicker than his nearest rival Scott Dixon of Chip Ganassi Racing.

Speaking after Practice 1, Herta described the Nashville roads as being even bumpier than that Belle Isle Street Circuit in Detroit, which is widely regarded as one of the toughest tracks on the calendar.

The centrepiece of the circuit’s design is the Korean Veterans Memorial Bridge, which has already caught the attention of some drivers.

“I thought the bridge was going to be bumpy, but I didn’t expect coming off the bridge to be quite that bumpy,” Herta remarked.

“It could make it a little tricky if you’re braking for [Turn] 9. Especially [Turn] 4, it makes it tricky. I didn’t expect it to be quite like that.

“But it’s not a negative thing. I think it adds character to the track.

“It’s actually pretty interesting to follow people through there and see if people are staying out wide or cutting in, trying to avoid the bumps, just finding different lines.”

Power, who was eighth quickest at the leading Team Penske entry in eighth after Practice 1, echoed Herta’s sentiment.

“Yeah, I think transition off the bridge is the toughest part,” he explained.

“I think if they had a grinder on hand they could fix it pretty easy.

“Like, I don’t even think it’s the seam, it’s before the seam. It feels like it’s before that, some really bad one before it, then the transition isn’t that bad.

“It’s actually not bad,” he said of the bumps across the bridge.

“Those are no problem at all. Just a big pow. We got to our tub, so we had to raise it a lot, went to two skids

“I was like, either everyone is not caring about destroying their tub or they’re running way higher than I am. We started high.” 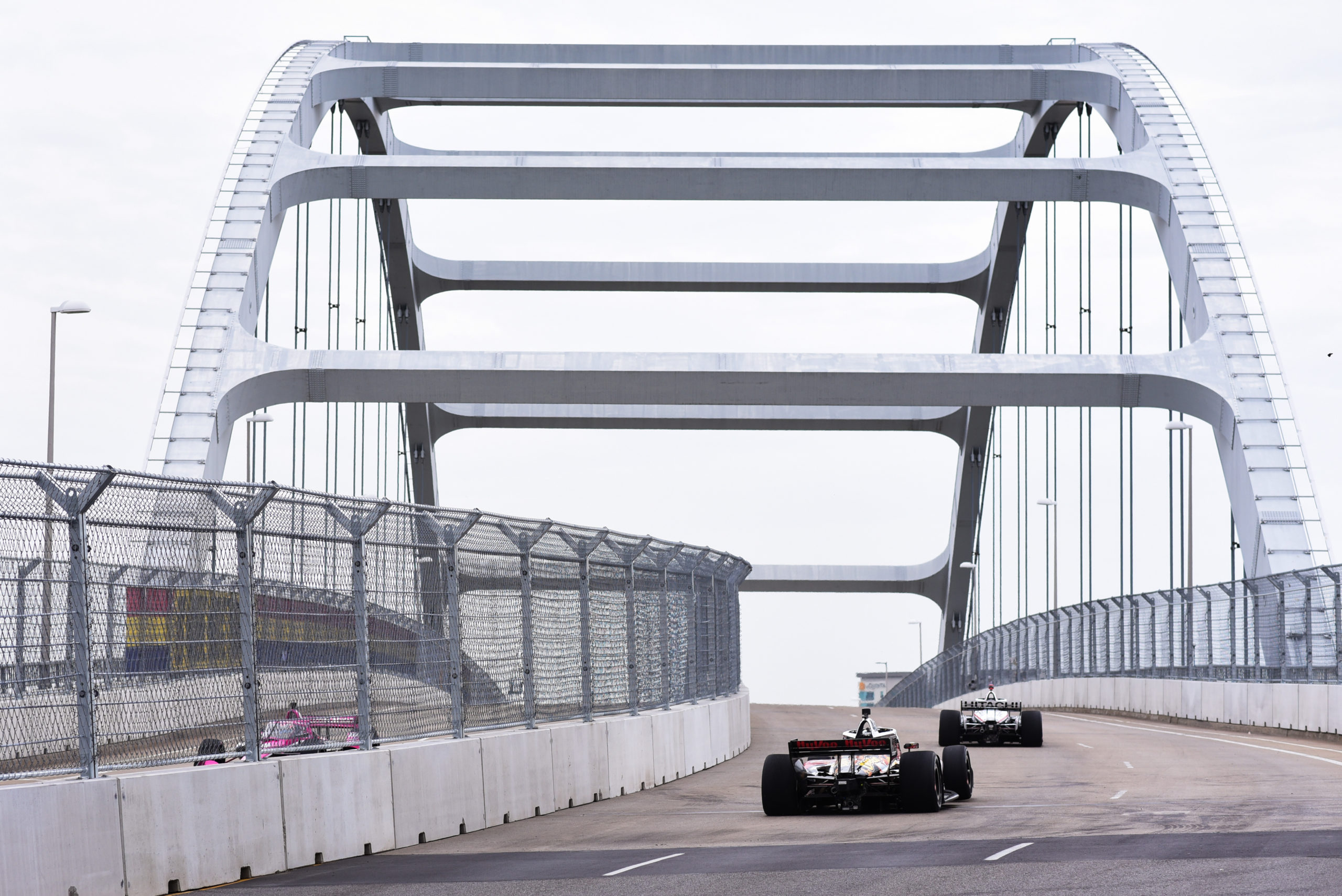 Coming off the bridge at either end, the cars head through sweeping right handers into tight left-hand bends.

That’s proving to be a challenge, but a welcomed one which may provide overtaking opportunities.

“I really enjoyed it. Really typical street course, bumps and cambers of the road you got to deal with. Yeah, it was fun.

“Fun, apart from the coming off the bridge heading into the city. That’s a bit sketchy with the bumps. That one big bump, that’s it, the rest are pretty good.

“You actually flow a lot of speed through that corner. Like, you don’t brake as long and as hard as you would like if you wanted to pass someone.

“Yeah, I think it will be a passing zone, but it’s faster than a typical street course corner.

“They could almost add a curve further out if they wanted to create a bit of a passing zone. Yeah, a fun corner right now.”

For series leader Palou, it was a case of being pleasantly surprised.

“It was more fun than I thought to drive it,” said the Chip Ganassi Racing pilot.

“Like when I saw the track map, yeah, I thought it was going to be a bit boring to drive it with the slow speed stuff, just straight, 90 degrees corners. But they are all different.

“I think it’s quite fun. Very bumpy, but it’s also challenging. Yeah, it was fun.”