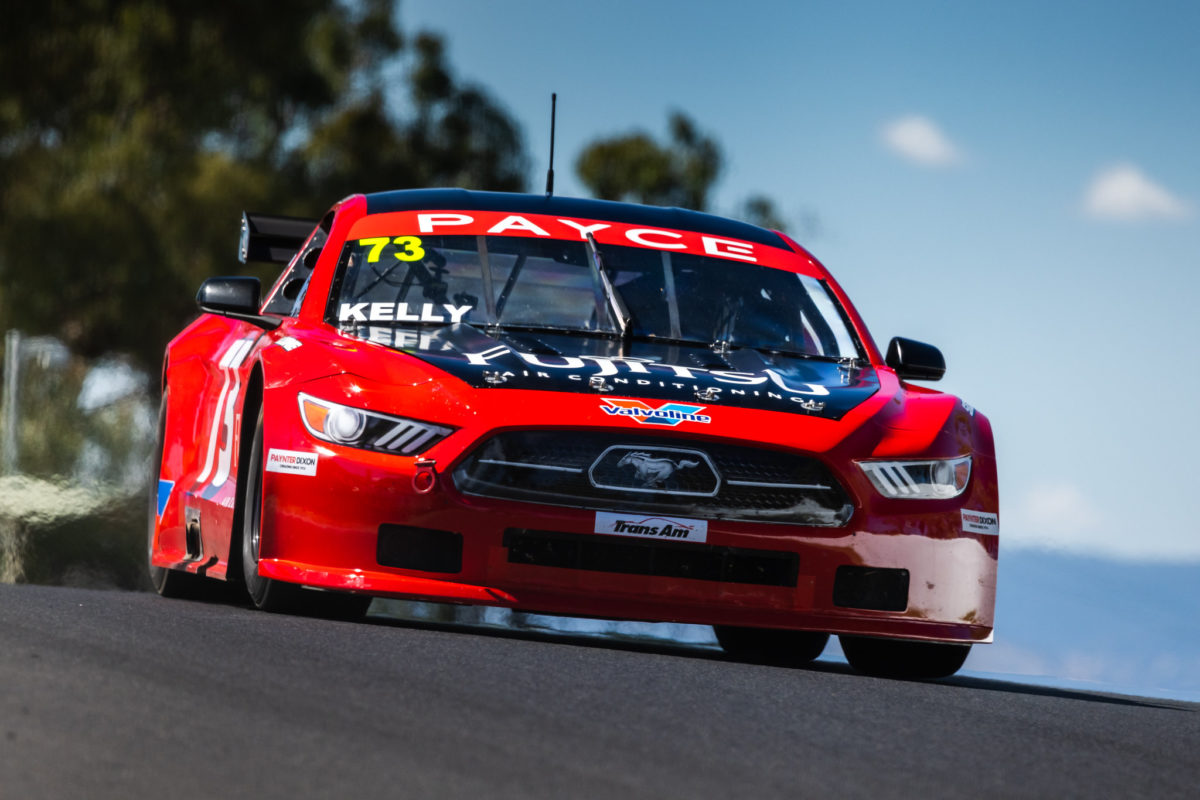 Marcos Ambrose is likely to oversee an expanded Garry Rogers Motorsport programme in next year’s National Trans Am Series, with a focus on young talent.

Ambrose was announced as the operation’s competition director in June, and already had involvement in Trans Am as crew chief for Owen Kelly and his GRM-prepared car.

The two-time NASCAR Cup Series race winner is said to have taken a particular interest in growing that part of the team’s portfolio.

“I think in 2022, our involvement in Trans Am will be greater than what it is this season,” predicted GRM director Barry Rogers.

“Marcos is very, very enthusiastic with all the forms of motor sport we’re involved in, but particularly Trans Am.

“He really does like that Trans Am basis and there are certainly some similarities to the NASCARs he raced in the US.

“He loves the format, he likes the cars, the affordability, the simplicity, so he’s certainly pushing our Trans Am programme on and we’re keen, with him leading the way in that to grow what we do in the category.”

GRM will itself enter a car at next month’s Sandown round, steered by James Moffat, and is also involved in title contender Nathan Herne’s campaign with Dream Racing Australia.

Rogers believes Trans Am is a good development category for up-and-comers, and the team can leverage that given it also has a number of experienced drivers across its programmes.

“It’s a great proving ground for young drivers,” he declared.

“They can get in there, race against some experienced guys and measure their development against top drivers knowing they are in the same machinery.

“Trans Am certainly provides a platform that the best drivers will shine and not necessarily the best engineers.

“Garry [team owner] has always been the one to bring young drivers through and Marcos shares the same mentality,” added Rogers.

“As much as we’ve got Owen [Kelly] running around and [James] Moffat experience, Marcos is keen to bring young talent through here.

“We see that as something we can do and the opportunity for young drivers to come here, particularly with the experience that we’ve got led by Garry, but then we have Moffat, Jason Bargwanna, Michael Caruso and Ambrose around the GRM garage.

“For a young guy to come through here, there’s no place you’re going to learn more.”

GRM teased photographs of Moffat’s Trans Am car, which will wear the Coca-Cola livery made famous by father Allan, this week.

The next round of the series takes place on September 17-19, with the Shannons Motorsport Australia Championships at Sandown.