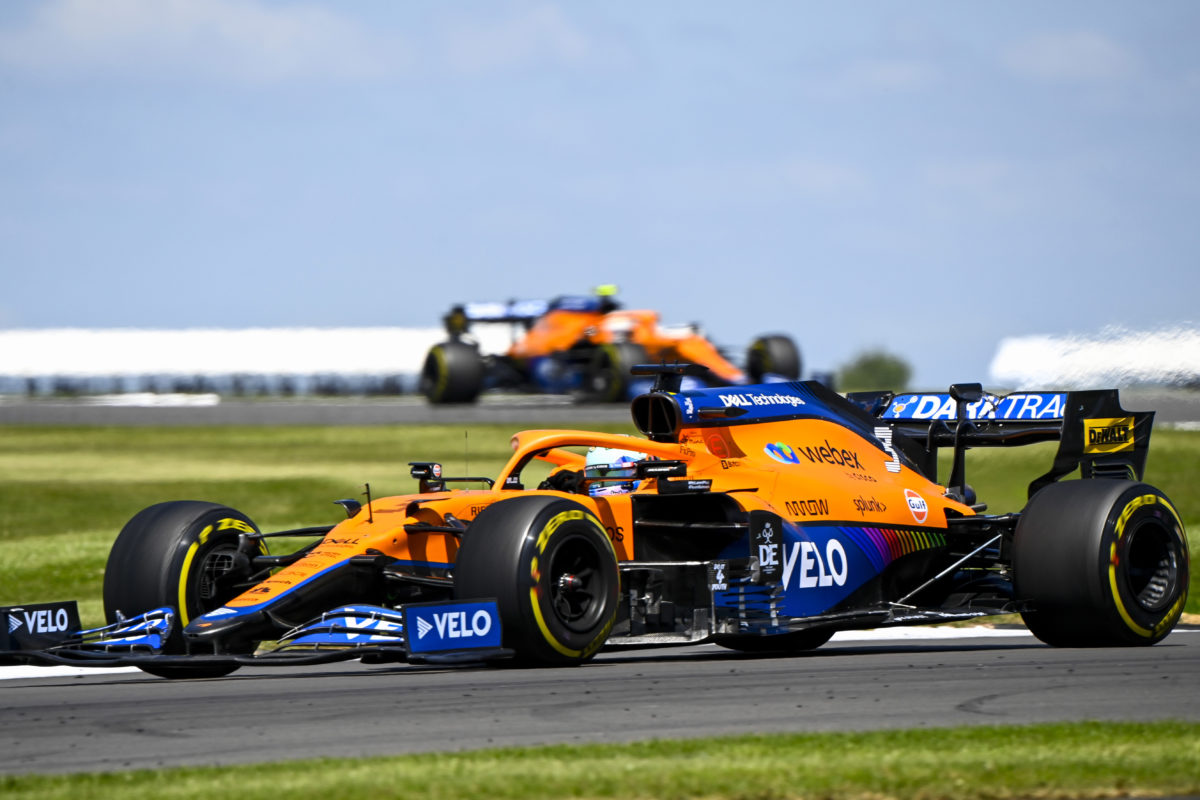 Improving the aerodynamic efficiency and not resolving its underlying handling characteristics have been the focus of McLaren’s development efforts throughout the 2021 Formula 1 season.

McLaren sits fourth in the constructors’ championship, tied on points with third-placed Ferrari, after 11 of the season’s 23 scheduled races.

Lando Norris has been the star performer for the team, with three podium results. The young Brit finds himself third in the drivers’ championship.

McLaren’s performance thus far in 2021 follows on from a similarly positive result in 2020 – a logical extension given the current cars are little more than evolutions of their previous model under the regulations.

“Obviously, cars have been adapted compared to last year because of some technical regulation changes which, even if geometrically don’t look dramatic, actually, the impact in terms of overall downforce loss was quite significant,” explained McLaren’s racing director, Andrea Stella.

“So there’s been a lot of work last year to recover the loss of downforce.

“We are relatively happy with what we have been able to achieve in this respect.”

But while Stella believes his team has managed to recover much of the downforce lost after the floor and diffuser was trimmed down for 2021, he suggests the nuances of the McLaren remain prevalent.

“What we realised pretty soon is that, in doing so, even if we achieve the decent level of efficiency, aerodynamic efficiency of the car, what we kept is some characteristics of our car which makes it relatively special to drive.

“In a way we see, even with the experience that Daniel [Ricciardo] is going through because he came from, I will say the opposite end in terms of how you would like to drive a Formula 1 car.

“Our car requires some special adaptation,” he added.

“I think it’s no secret that our car is good in high-speed corners, for example, but may not be the best car when you have to roll speed in the corner as another example.

“So while we are trying to adjust some of the characteristics to make it a little bit more natural to drive, at the same time, the most important thing is to deliver aerodynamic efficiency.”

Stella has explained that Ricciardo is a driver who tends to carry his speed through the corner, rather than attacking its entry as the McLaren wants to.

As a result, Ricciardo’s strengths as a driver do not complement the MCL35M, resulting in performances which trail Norris.

Stella also confessed that the team has done little to address the balance of the car, despite being aware of the Australian’s struggles.

“The focus has always been on improving aerodynamic efficiency, even if we couldn’t necessarily improve these aspects in terms of balance, and in terms of exploitation of the car.

“We are relatively happy with the improvement of aerodynamic efficiency that we’ve been able to achieve in the early races.

“Hopefully, a little bit more will be coming in the next races.

“We know that at some circuits, like Hungary indeed, not necessarily we may have the best car in the midfield.”