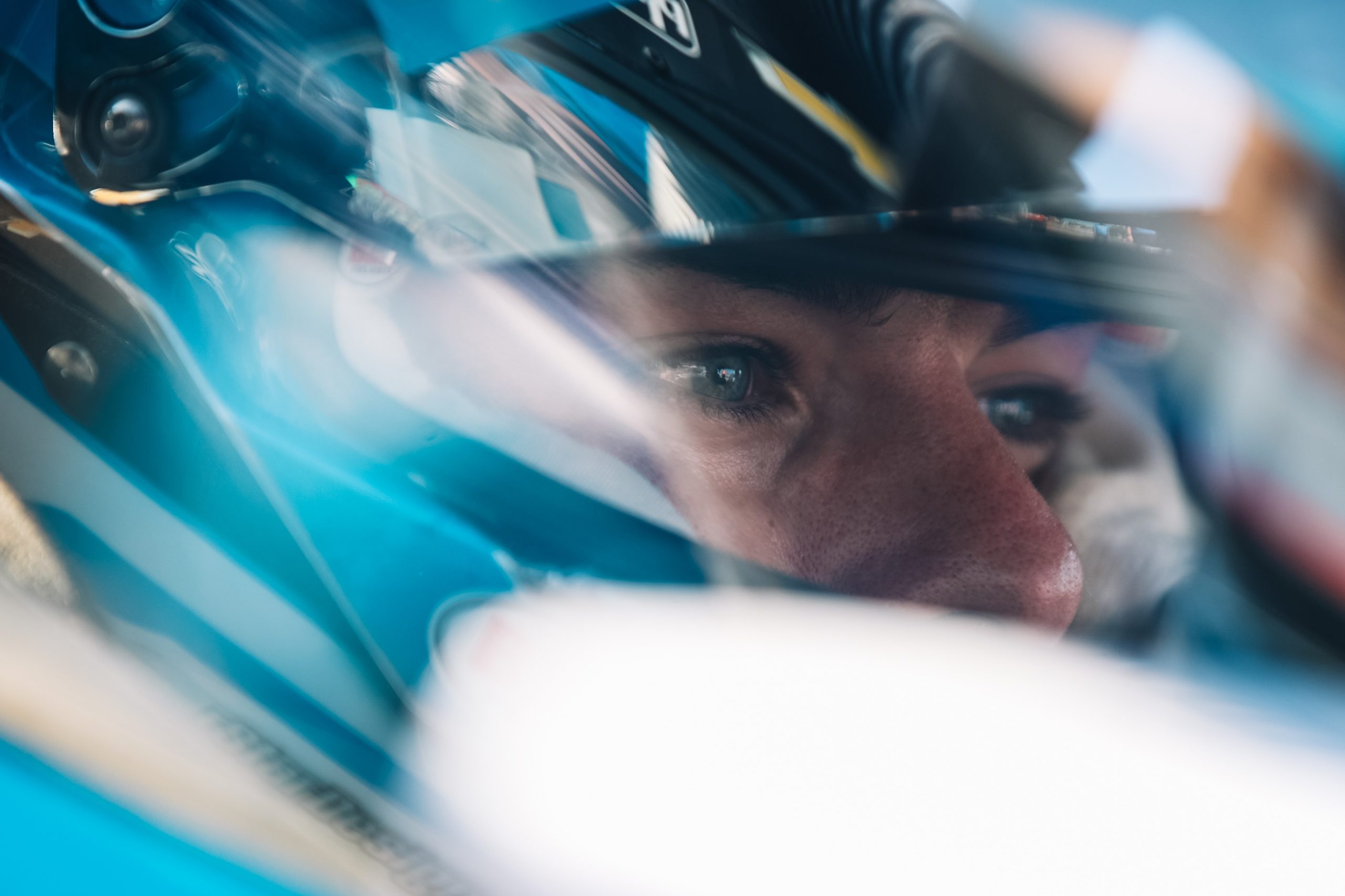 This weekend’s Big Machine Music City Grand Prix on the streets of Nashville could be Scott McLaughlin’s best event yet for one simple reason.

No one has ever raced on the Nashville Street Circuit.

That could be the difference in the Kiwi recording what he hopes will be one of his best results of his maiden IndyCar Series.

Since his signing to Team Penske, the #3 pilot has long pinpointed the Nashville event as being one where he could shine.

McLaughlin has typically gone well on circuits that he has previously tested at, while the field has somewhat left him behind on those he’s unfamiliar with.

By and large, it’ll be an even playing field when the cars hit the track on Saturday morning (AEST) for the first practice.

“Absolutely, going in there and not having to be on a track that everyone has been on before certainly is a nice feeling for me,” McLaughlin told Speedcafe.com.

“At the same time, there’s still a tremendous amount of stuff I’ve got to learn with the car.

“I feel like I’m in a pretty good spot learning wise, where I’ve been and compared to where I was, say, this time last year at St Petersburg.

“Getting on top of the track I feel like I’ll probably be there or thereabouts. It’s certainly going to be a big learning curve for everyone this weekend just trying to get on top of it.

“The sooner that you can get on top of it and get comfortable with the car set-up the quicker you’re going to be.

“Thankfully I’ve had most of the season to sort of feel it out. I feel pretty comfortable with where I am setting up things and what I want from the car and my engineer [Jonathan Diuguid] understands me pretty well.

“That all bodes well for probably having a decent run.

“It just makes things a lot more even, I just don’t feel like I’m on the back foot straight away,” he added.

“I’ve still got to find the limit where someone like Josef [Newgarden] or Will [Power] will probably find the limit a little bit quicker than I will.

“The fact that we’re starting at a similar learning process is definitely going to help a little bit.” 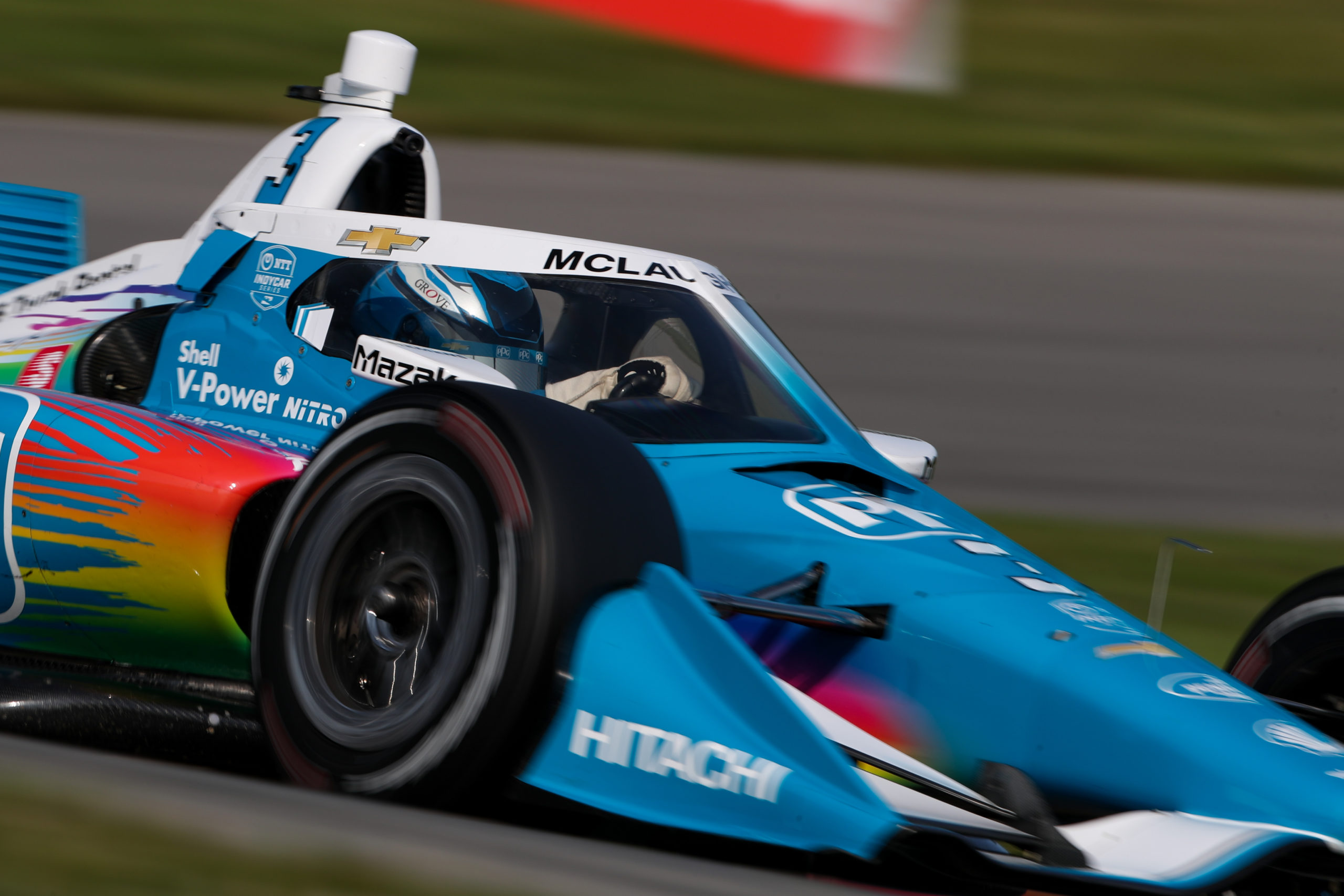 Scott McLaughlin has not had a top 10 finish in the past five races. Picture: Joe Skibinski

Finding rhythm and consistency in his results has been difficult for McLaughlin with different styles of circuits, surfaces, and tyre compounds.

Subsequently, McLaughlin believes that’s made him realise just how difficult the category is.

“It just changes so much,” he explained.

“Every week in IndyCar is different. One week you can be right up the front. Like the Indy GP, I was right there then the next week in Detroit I qualified 20th twice. It’s the nature of the sport.

“I think for me if I can come out of this weekend with a top 10 and solidly add to the points tally, then I think that would be a pretty solid weekend.

“I feel like I’m in a pretty good spot with how I’m feeling with the car and what I want from it. I’m definitely a different driver compared to what I was 12 months ago.

“It has just reassured me that this is one of, if not the toughest category in the world. It’s so competitive. I don’t think you see that until you’re competing week-in, week-out with these guys.

“The biggest thing for me is I’m getting used to different tyres. I finally get my handle on a road course tyre and then we go to a street course and it’s a completely different tyre and the warm-up process changes and how the grip feels on a different compound.

“You’re just continually chasing and trying to be flexible with set-up and driving style. That’s probably been the toughest thing, just trying to find a balance between the three different disciplines.”

McLaughlin will hit the Nashville Street Circuit for the first time for Practice 1 at 06:10 AEST on Saturday.