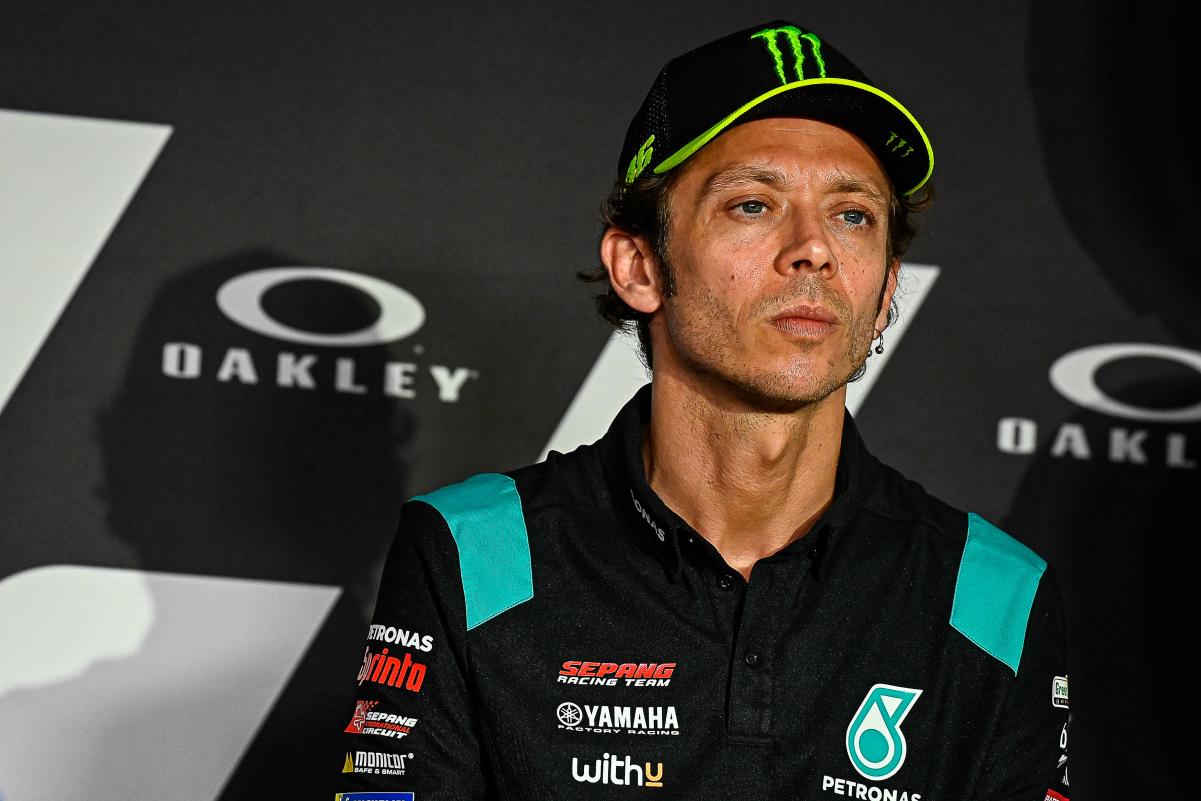 Valentino Rossi has announced his retirement from riding in MotoGP at the end of the 2021 season.

The 42-year-old is set to hang up the helmet with seven premier class titles, one in 250cc, and one in 125cc, after 26 years of grand prix competition.

Rossi broke the news to the world in a special press conference at the Red Bull Ring ahead of this weekend’s Michelin Grand Prix of Styria.

As promised for some time, the Italian made his decision during the summer break which has now come to an end.

It means that, depending on how the calendar develops, he has nine to 11 races left, which he will contest with Petronas Yamaha SRT.

“Like I said during the season, I take my decision for next year after the summer break, and I decide to stop at the end of the season,” said Rossi.

“So, unfortunately, this will be [my] last half a season as a MotoGP rider.

“It’s difficult, it’s a very, very sad moment because it’s difficult to say and to know that next year I will not race with the motorcycle.

“I do this thing for, I think, more or less 30 years, so next year my life will change after some point of view.

“But anyway, it was great, I enjoyed it very much, it was a long, long journey and it was really, really fun.

“It’s like 25, 26 years in the world championship, so it was great and I had an unforgettable moment with all my team and all the guys that worked for me.”

Rossi has ridden for three different manufacturers since he joined the premier class in 2000.

He won the world championship three times with Honda and extended his streak to five titles in a row after defecting to Yamaha in 2004.

The late Nicky Hayden denied #46 the crown in 2006, while both Casey Stoner and Dani Pedrosa finished ahead in 2007.

Although he has not tasted ultimate success since then, he has come close a number of times in that period.

That includes the infamous 2015 season, when Rossi started the Valencia finale from last on the grid as punishment for the crash he caused Marc Marquez to have in the preceding race.

After a poor 2019 season, his reluctance to sign a new deal before the 2020 campaign had begun meant that his Yamaha seat was handed to rising star Fabio Quartararo.

Rossi ultimately decided to go around again, meaning a switch to SRT, but he remained contracted directly to the factory.

While his glittering career as a rider will soon come to an end, his presence in MotoGP remains with his VR46 team to step up to the premier class as an entrant in its own right, fielding Ducatis, next year.

The Michelin Grand Prix of Styria, Round 10 of 2021, commences with practice from Friday evening (AEST).

CLICK HERE for more of Rossi’s thoughts on retiring