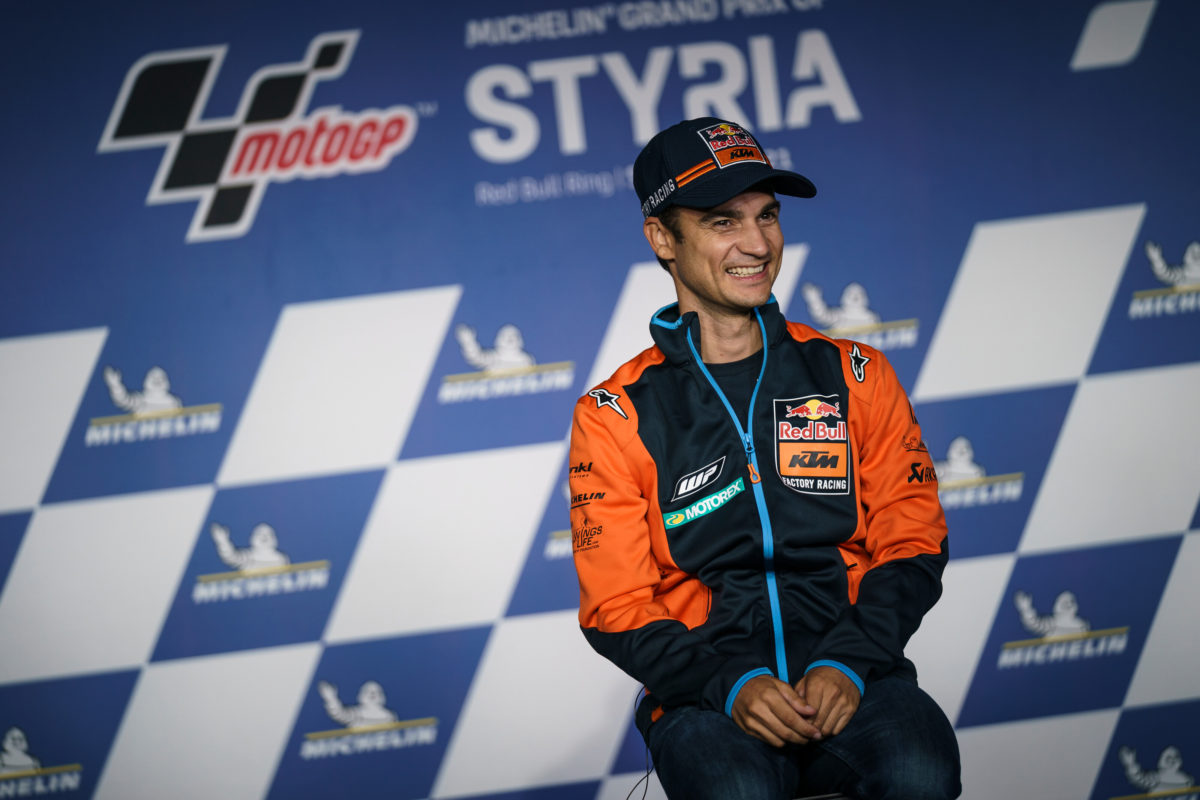 Pedrosa stepped away from competition at the end of 2018 after 13 years in the premier class, all with the factory Honda team.

He immediately moved into a KTM test role and, while given great acclaim for the development of the RC16, he has not raced since.

That changes with this weekend’s Michelin Grand Prix of Styria at the Austrian marque’s home MotoGP track, the Red Bull Ring.

“Expectations for this GP? It’s hard to say,” said the 35-year-old.

“Honestly, we are here as a main target to learn about current MotoGP racing, because I sense it’s changing a bit.

“So far, we made good progress, but now riders are facing some situations in race conditions where for us, away from the race, it’s hard to replicate.

“Like, they complain it’s hard to overtake in a race, so you have to qualify well, and we’re trying to understand that.

“So, when I’m testing alone again, I can more or less try to face those problems and think a bit how they would think on a race weekend, get updated on that; and we have small parts on the bike to test.

“But, expectations, it’s hard to say.”

Pedrosa says that the grand prix start is additional motivation, although the gains achieved by race regulars Miguel Oliveira and Brad Binder was reward enough.

The former of those two has three podiums in his last four starts, including a win at Barcelona-Catalunya, and has climbed to seventh in the championship. 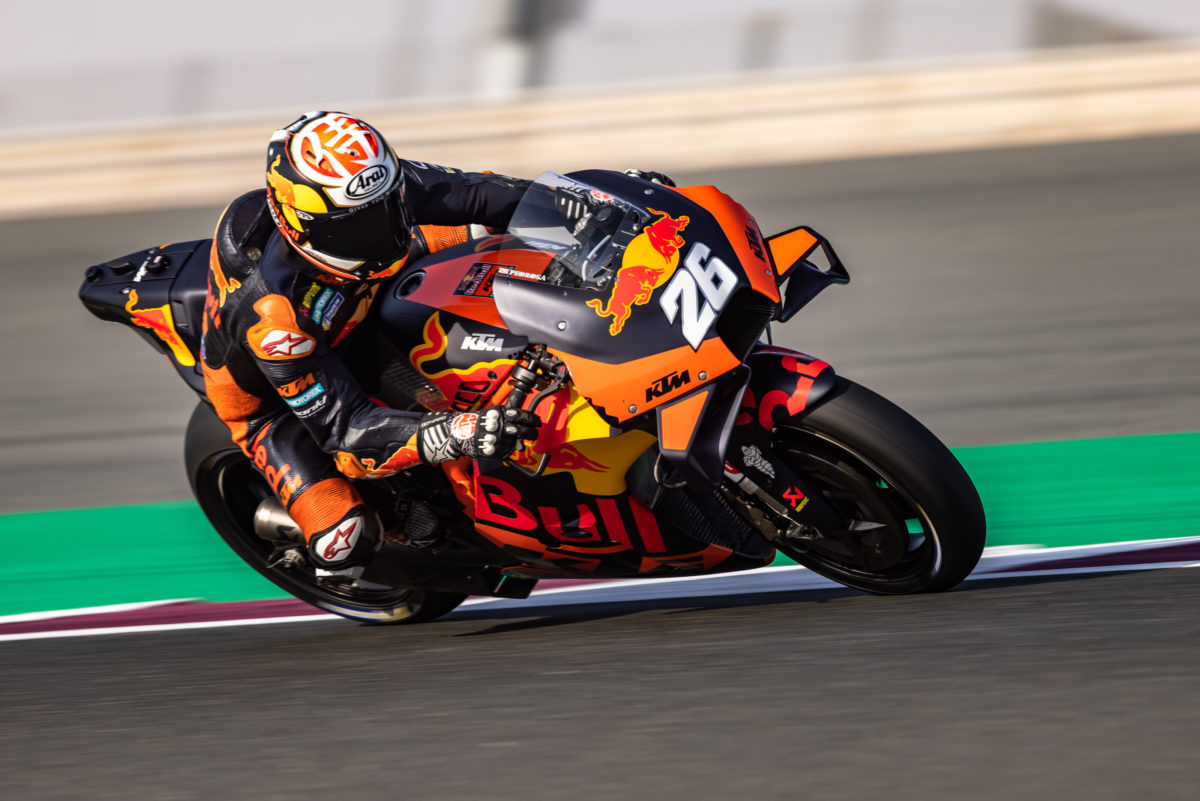 Pedrosa testing at the Losail International Circuit this year

“It’s a pleasure to be here and I’d like to thank KTM for this opportunity,” remarked Pedrosa.

“For sure, it’s a bit like going back to the old style of training, I didn’t prepare physically like I would for a whole season, but it’s another challenge, more motivation, inside my current role with KTM.

“So far, it’s a bit of a strange feeling today [media day], coming back and doing media – seeing all the changes due to the COVID situation, and some other things different – but some things the same – like preparing with the team the plan for the weekend – learning the new rules, in the riders’ meeting, to get a bit updated overall…

“Since the beginning, I could see there was a big will to make the bike better and to make up the gap they were facing at the time.

“So, we’ve been working together really hard, I think we made good progress since I started working and I’m feeling happy and rewarded after the last two seasons where the riders have started to feel more in front, and feeling better with the bike.

“It’s been quite interesting to see the commitment they’ve had these years, and it’s good to see they still want more.

“I’m enjoying testing, because I still get to ride a very good bike, the feelings you get on a MotoGP bike. And at the same time, I’m not exposed to that pressure, I have a different kind of pressure.

“But it’s always good to be back on track one or two times a month to ride the bike because it’s what I love most – to be on a bike.

“But at the same time, you have to be focused, it’s changed a bit from when I was racing. Different meetings to before, but it’s a good thing.”

Pedrosa is not the only test rider in action this weekend, with Yamaha’s Cal Crutchlow filling in for the injured Franco Morbidelli at SRT.

Practice for the Michelin Grand Prix of Styria starts this evening (AEST).