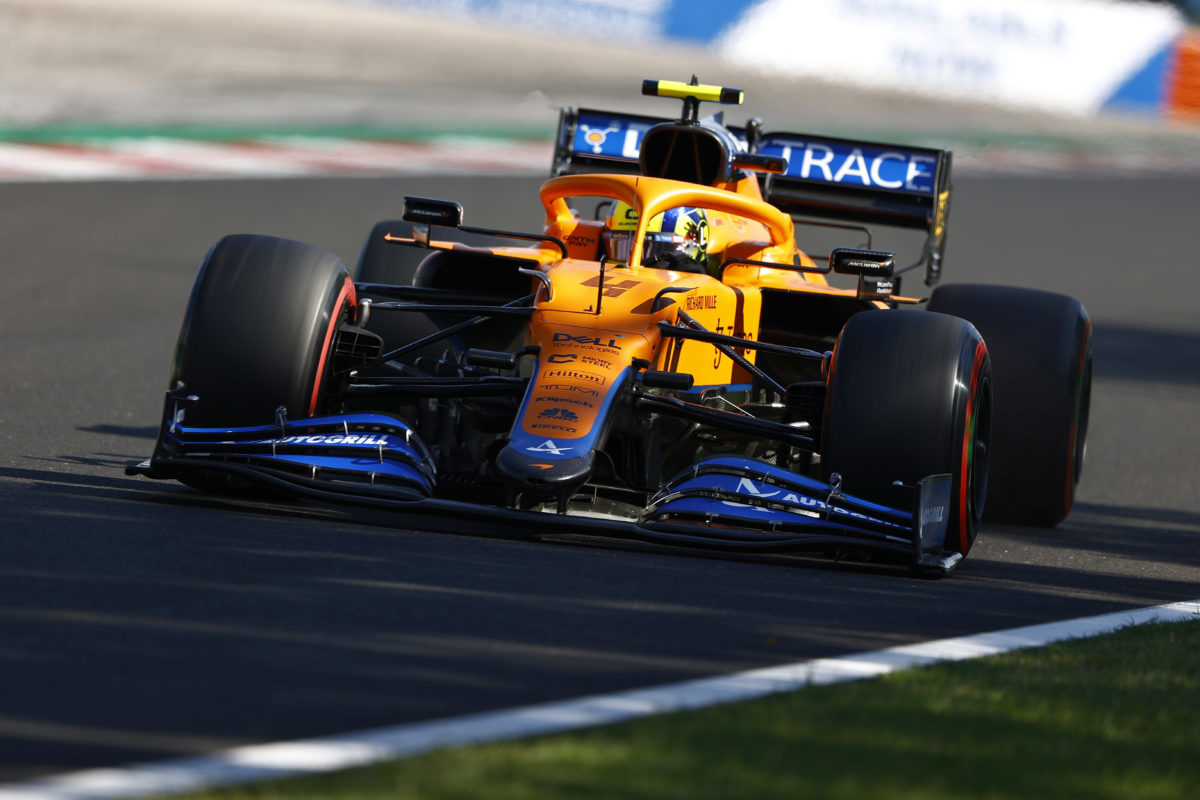 Lando Norris believes McLaren can be competitive at every track on the Formula 1 calendar after a strong start to the 2021 season.

The 21-year-old sits third in the drivers’ championship after being one of the standout performers across the opening 11 races of the campaign, which has netted him three podiums.

He’s comprehensively overshadowed team-mate Daniel Ricciardo, having routinely enjoyed a two- to fourth-tenth advantage over the Australian per lap.

Asked whether McLaren’s pace is something that can now be expected at every event, Norris was optimistic.

“I think we’re competitive anyway at every race track,” he said.

“Some we’re just a little bit closer than others to Max [Verstappen], to the Red Bull guys, to Mercedes.

“I guess some we can be a bit more confident that we’re going to be able to maybe be around them in qualifying or have a chance in a race like in Red Bull Ring.

“But some tracks, we kind of know that they’re definitely going to be ahead.

“It’s up and down, and sometimes it’s always they’re quicker than you think, or you’re a little bit slower, so it’s never good to presume too many things.

“[In] Silverstone, we didn’t expect to be racing Mercedes at all and I was ahead of him (Lewis Hamilton) for the whole of the first stint into the pitstop.

“So something’s always a little bit of a surprise, and you can do better than you think.”

McLaren is currently tied for points with Ferrari in the constructors’ championship, though officially sits fourth owing to the Scuderia’s two second place results.

The two squads have been the best of the midfield runners all season, pulling clear of the group which last year included Alpine (Renault) and Aston Martin (Racing Point).

On 163 points, they’re some way off the Red Bull-Mercedes scrap at the top of the championship (291 and 303 respectively), but on more than double the points of fifth placed Alpine (77).

Formula 1 is currently on its summer break, with another 12 races to come as it returns on August 27-29 in Belgium.