McCorkindale expects next Super2 round to be far easier

McCorkindale expects next Super2 round to be far easier 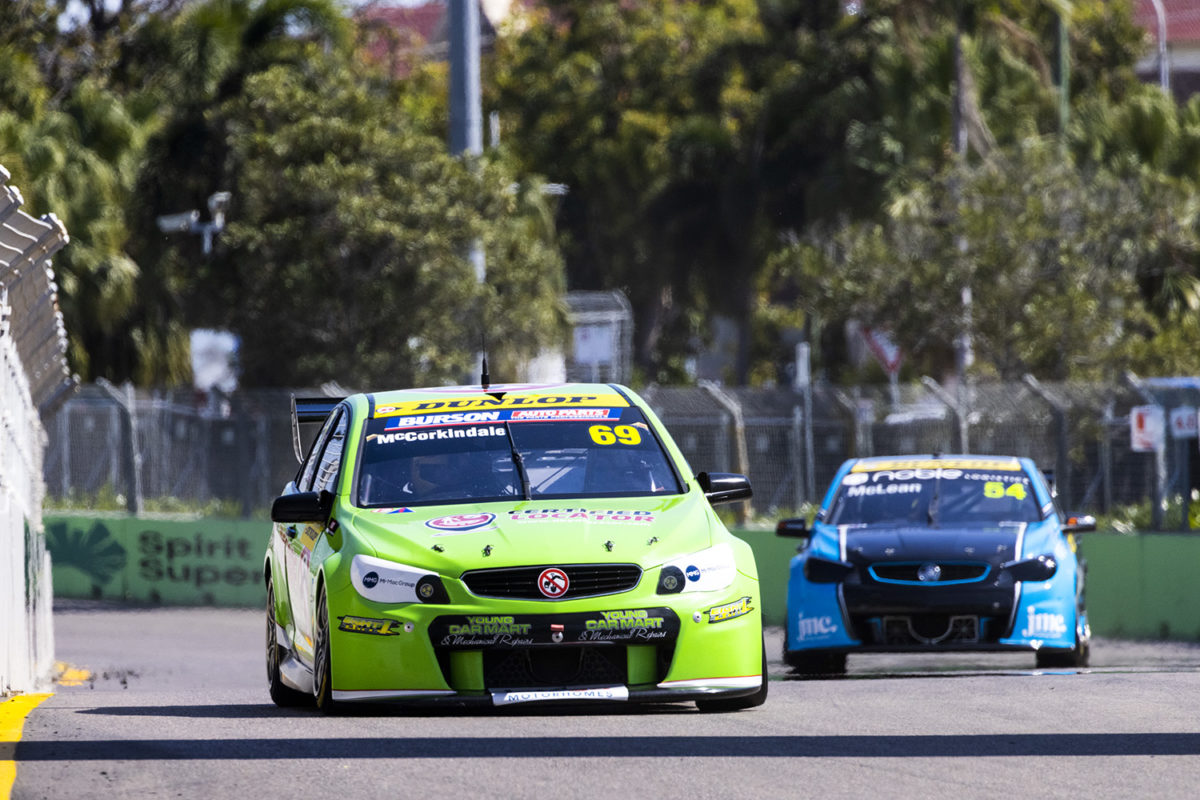 Jon McCorkindale expects his next Dunlop Super2 Series round to be far easier after something of a baptism of fire at Townsville.

McCorkindale made a belated Super2 debut in the first of the Townsville rounds having been set to make the step into the second tier of Supercars at the Winton event that was originally supposed to unfold in May.

Adding to the task, the family-run Mac Motorsport team tackled the North Queensland events without engineer Louis Kapits, who was stuck in Sydney due to the COVID-19 lockdown.

McCorkindale left with results of 12th, ninth, 13th, and 14th from the four races around the Reid Park Street Circuit, having won the round in the Super3 class when the season commenced at Bathurst in February.

“It was trying, to say the least,” he told Speedcafe.com.

“I guess it was frustrating for me personally because, going from the front of Super3 to getting our arse kicked was a bit demoralising in one way, but it was good in another because we got direction on all the stuff we’ve got to do.

“Running the team, for me, was probably the hardest part. Supercars is a lot more thorough, and making sure the team does the right thing and all that sort of stuff was pretty full-on.

“But, I think the next one’s going to be a lot easier, and we sort of know where we need to improve, so it was well worth doing two weekends in a row because essentially we know what we need to do, and it’s just a matter of putting it in place now.”

The driving itself was a lesser task than trying to figure out set-up.

“The cars are definitely different, don’t get me wrong; they’re very different,” he explained.

“I guess the hardest part for me was the things we would change or do to the car didn’t correlate to the old car.

“The driving, for me, was the easy part; it was the set-up and trying to get the thing in the window was the hard part.

“In one way it wasn’t too bad and in another way it was pretty daunting; because we didn’t have an engineer, it was just us sort of guesstimating.

“In one way it was good, because we realised that we can’t just turn up with these guys and try and race; you’ve really got to have your shit together.”

As for driving, McCorkindale also has a specific focus for improvement after qualifying 14th, 14th, 15th, and 15th.

“Our race pace was good,” he added.

“In the final race, sort of mid-race, from what I was looking at, we were top five, six in terms of lap speed, but our qualifying pace was poor.

“So, lots to learn about qualifying.”

It is expected that the next round of the Super2 Series will take place at Winton in early-October.