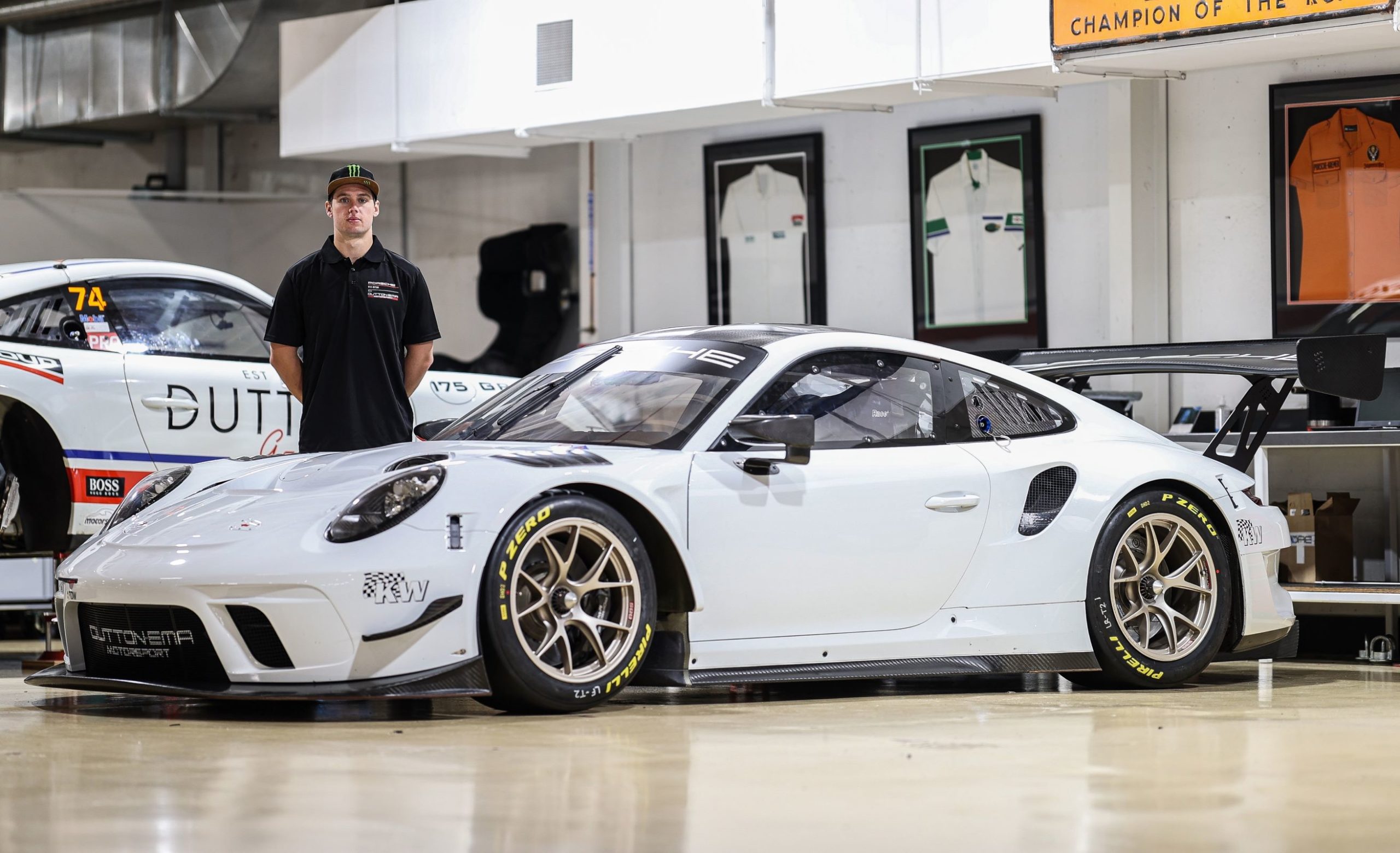 Having joined Porsche Paynter Dixon Carrera Cup Australia this year, the organisation will now broaden its horizons with a step into the Fanatec GT World Challenge Australia Powered by AWS series.

That will come to life next month at Sandown International Motor Raceway for Round 4, before the final two events of the year at Tailem Bend and Mount Panorama make up the Australian Endurance Championship sub-series.

Armed with a Porsche 911 GT3 R Gen II, Waters and Ben Stack will be the team’s designated pro and amateur driver, respectively.

Stack has already competed in two Carrera Cup Australia rounds this year for the squad.

Dutton EMA Motorsport team manager Mathew Nilsson said the announcement had been months in the making.

“Our Porsche 911 GT3 R programme has been progressing for quite some time now, with a lot of effort behind the scenes,” he said.

“Signing a pro driver of the calibre and professionalism of Cam has been an important achievement, we welcome him to our team and look forward to working with him.”

Waters, who won the most recent race of the 2021 Repco Supercars Championship in Townsville, has some GT experience in the bank having competed in the 2018 Bathurst 12 Hour aboard a Mercedes-AMG GT3.

“Diversifying into different categories creates new disciplines and challenges, and I can’t wait for my chance to drive the Porsche product and battle for race wins.”

Chaz Mostert is also a regular, as is Shane van Gisbergen – although Triple Eight Race Engineering have had to use Jamie Whincup as an injury sub at Phillip Island and then Broc Feeney at Tailem Bend due to a schedule clash with Supercars.

The upcoming Sandown round, which is part of a Shannons Motorsport Australia Championships event, will take place on September 17-19.