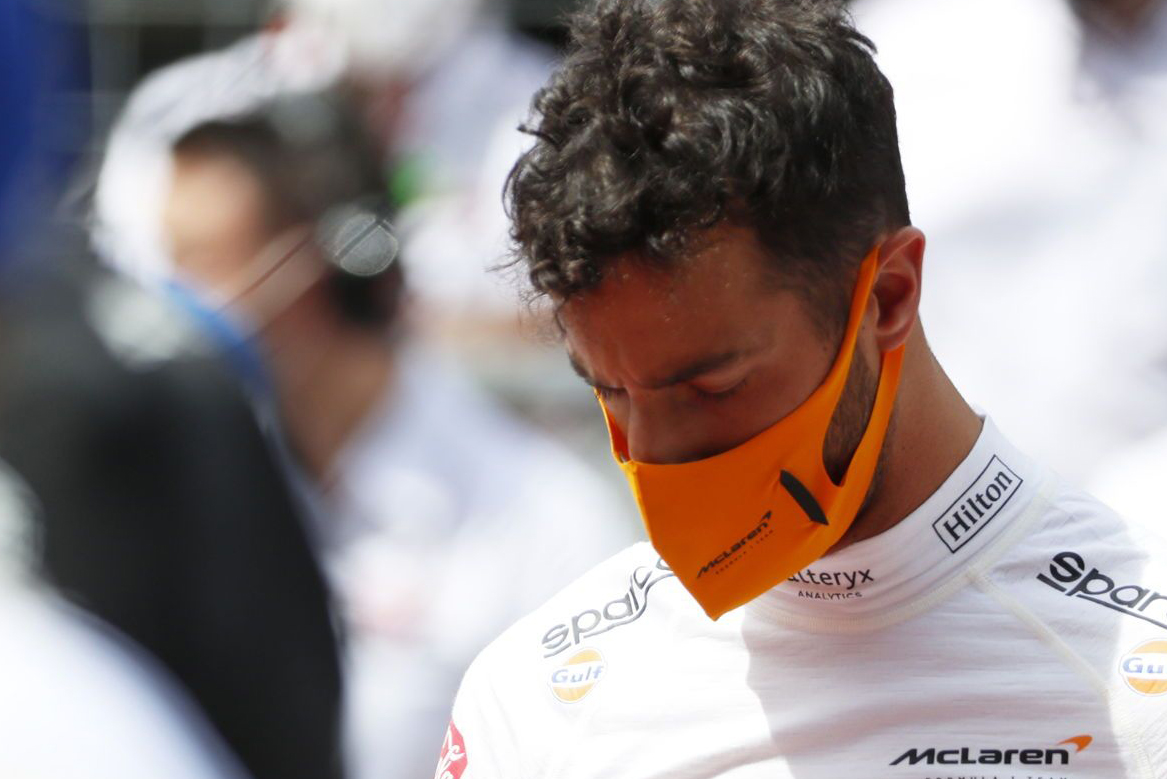 Daniel Ricciardo has offered a harsh self-evaluation of his first half of the 2021 Formula 1 season with McLaren.

The seven-time grand prix winner was a high-profile signing with equally high expectations heading into the season.

However, he’d thus far been unable to deliver on that promise as he’s instead grappled to adapt to a car not suited to his driving style.

“Obviously it hasn’t been my finest six months,” the 32-year-old admitted.

Ricciardo finds himself ninth in the drivers’ championship (tied on points with eighth-placed Pierre Gasly) after the opening 11 races.

His tally of 50 points has come via eight points-paying results from the first half of the year, though pale in comparison to team-mate Lando Norris.

Third in the championship with 113 points and three podiums, the 21-year-old has proved one of the standout performers of 2021.

While acknowledging his struggles on track, Ricciardo revealed he has been working hard off it in an effort to make gains.

“To kind of give it a positive spin, I think the off-track stuff and the work we as a team have put in, at least my personal past, I feel I’ve put more work in than I had before,” he said.

“That’s not to say I’ve been lazy in the past, but it’s just kind of hasn’t always been my style to spend hours and hours in the data.

“But I think I’ve definitely given it the right approach in this year, so it’s not through lack of trying or lack of commitment, but the on track for sure is somewhere in the middle.”

Speaking over the Hungarian Grand Prix weekend, McLaren’s racing director Andrea Stella explained Ricciardo’s woes are the result of a driving style accustomed to carrying speed through the mid-corner.

It’s a trait not suited to the MCL35M, which requires a more attacking approach on the brakes.

“I knew straight away it was a different a different beast, so to speak,” Ricciardo said of his first impressions of the MCL35M versus the R.S.20 he drive for Renault last year.

“But then I’d be lying if I said the Renault wasn’t a different beast to the Red Bull, so that they are all different.

“There is certainly some things that this car is slightly more peculiar [about], I would say.

“That’s been more like the puzzle that I guess I’m still trying to solve.”

Ricciardo’s task is one Norris can understand, having had to adapt himself to the 2021 spec McLaren, a car developed from the 2020 MCL35.

“It took me a while at the beginning of this year to kind of know the differences mainly because it was similar in many ways,” Norris said.

“At first, I was driving it very similar to last year which was, in the end, not the correct way to drive it.

“I’m still trying to get my head around it now,” he added.

“[I’m] Still trying to understand how to really extract everything out of it and nail it every single weekend. It’s not easy.

“It took me a while to realise that how to drive it and then it’s still taking me, even till now, to be able to know every time I go out what I need to do to extract everything out of the car.”

Ricciardo and Norris completed tyre testing at the Hungaroring on Tuesday and Wednesday, the Formula 1 season set to return at the Belgian Grand Prix on August 27-29.