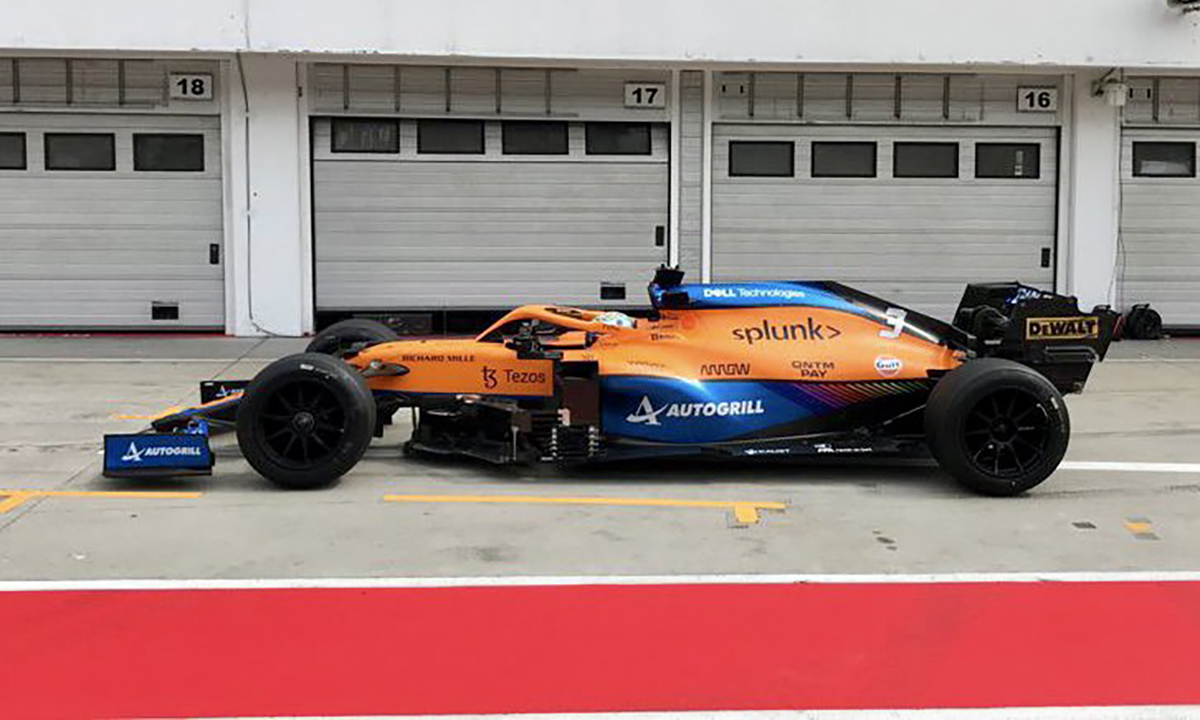 Mercedes, Ferrari, and McLaren were all in action, the latter on both days, with almost 2300 kilometres logged on the 18” wheels across all runners.

Daniel Ricciardo stepped in for McLaren on Wednesday, with Ferrari sporting Charles Leclerc in the morning and Carlos Sainz in the afternoon sessions respectively.

The Australian logged 91 laps for the day, while Leclerc and Sainz completed 173 between them.

It was the sixth test of the season for the slick tyres, with teams sporting their 2021 cars adapted to replicate the loads expected from next year’s aerodynamic regulation change.

The two-day test in Hungary concludes the dry running planned for the tyre development and centred on the softer end of the range.

A similar test following the British Grand Prix at Silverstone had already seen the harder end of the spectrum finalised.

Two further days of testing are set to take place in September at Magny-Cours, where Alpine will complete development of the intermediate tyres.

Once signed off following that test, the first time the tyres will see action will be at the opening pre-season test of next season, tipped to take place in Barcelona on February 23-25.