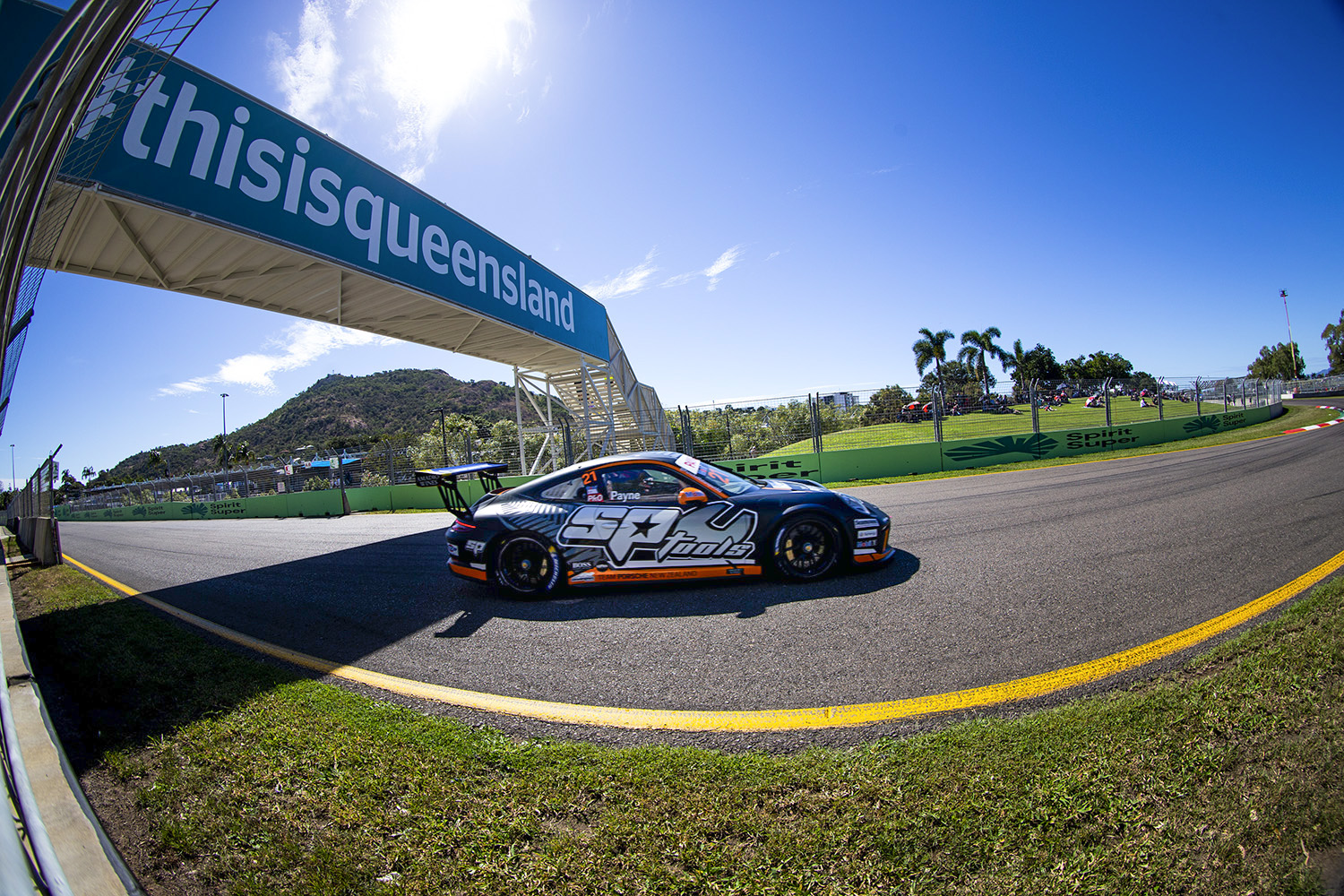 Earl Bamber says launching a Gold Coast arm of his eponymous team was inspired by the opportunity to offer a pathway for aspiring Kiwi motorsport competitors.

“We’d been working with Porsche New Zealand for quite some time and trying to establish a scholarship for young drivers,” Bamber explained to Speedcafe.com.

“And we had actually established it for the 2020 season but then obviously COVID-19 hit… we looked at it and said we are definitely going to run in 2021.

“We were talking with Porsche New Zealand and then basically they said ‘well, Australia would work really, really well for them’.

“That’s where the idea was conceived to stay down there, probably like October last year, and then obviously from there the wheels were in motion and we finally got the base and everything like that December or January and then we started the season.”

The effort has already produced some eye-catching results particularly for teenager Payne, who won the 2021 Castrol Toyota Racing Series. 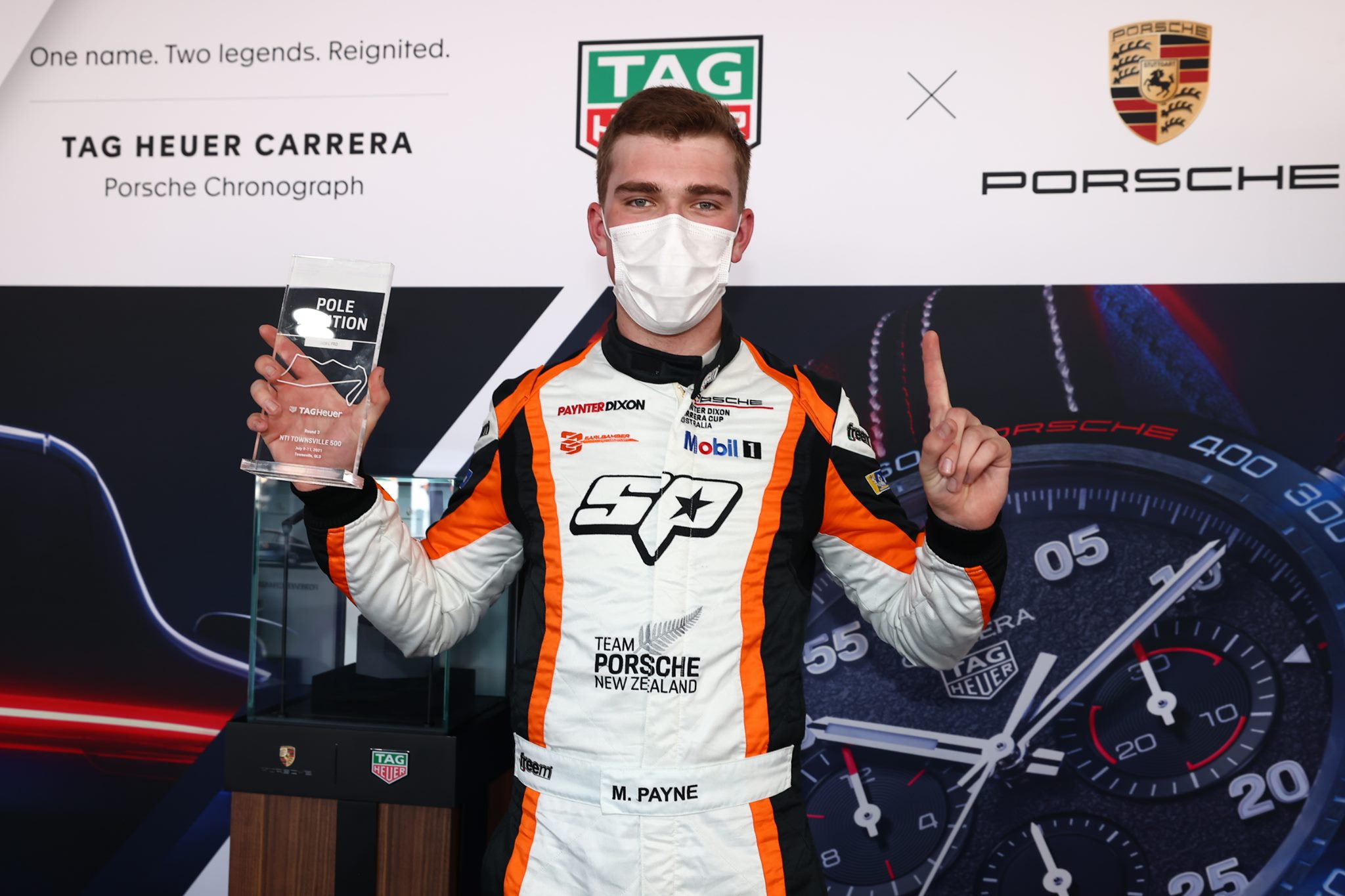 It’s that sort of talent Bamber was determined to create “iconic” opportunities for, much like how the now-defunct A1GP series used to.

Bamber represented New Zealand in what turned out to be the category’s final season, helping lay the platform for a prolific career that’s been headlined by two 24 Hours of Le Mans victories.

“The idea was, back when I went through the motor racing levels, there was always a pathway and there was a very good pathway especially with the [New Zealand] A1GP junior programme they had at the time,” said Bamber.

“Every kid knew that was exactly where they wanted to go – if I’m following that line, that’s how I’m going to become a professional racing car driver.

“When we had A1GP, every kid in the whole country, whether it was New Zealand or Australia, all wanted to be part of that programme.

“Obviously it’s not the same level with Carrera Cup, but that’s the sort of idea that we’re trying to create and then obviously letting that feed into Europe or V8 Supercars.

“So that’s where the black liveries were conceived… and the idea was to try to have it as a two-tier feeder system with the Sprint Challenge drivers and obviously the main driver with Matt Payne this year in Carrera Cup.”

COVID-19 border restrictions have prevented Bamber, who competed in the Spa 24 Hours event on the weekend, from spending as much time Down Under as he’d hoped.

The 31-year-old is due to travel to Australia in the coming months in any case to make his second career start in the Bathurst 1000, teaming up with countryman Andre Heimgartner at Kelly Grove Racing.

“You feel like a bit of a racing dad, staying up all night watching the live timings,” Bamber said.

“It’s been a bit of a journey, but obviously [team manager] Ben Jenkins has done an amazing job down there.”

A reshuffling of the Carrera Cup Australia calendar has yet to be announced following mass changes to Supercars’ schedule; however, the Michelin Sprint Challenge is due to next race at Sandown on September 17-19.