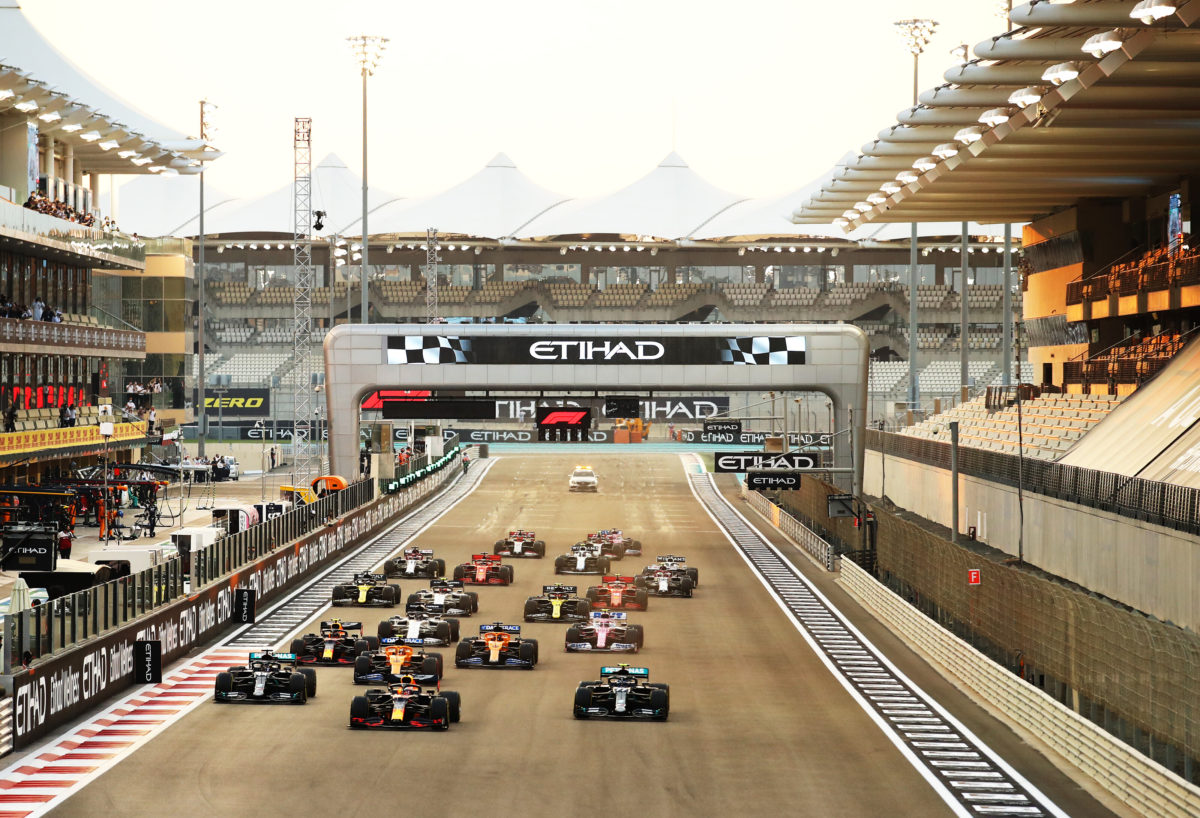 Organisers in Abu Dhabi are confident its event will remain the final round of the 2021 Formula 1 season as travel considerations look set to force another calendar reshuffle.

Speculation has been rife that the Yas Marina race could switch dates with the Saudi Arabia Grand Prix as a result of the United Arab Emirates’ place on the United Kingdom’s red zone list of countries.

Seven of the 10 F1 teams are based in the UK, making the ability to move in and out of the country critical to the smooth running of the season.

Anyone returning to the UK from a red zone country must isolate at a managed hotel for 10 days upon arrival, and is subjected to two COVID tests (on days two and eight respectively).

However, an update to the list on Wednesday (local time) will see the UAE downgraded to amber as of Sunday.

Those entering the UK from an amber listed country must still quarantine, though it can be done so at home, unless they are fully vaccinated.

As a result, officials in Abu Dhabi remain confident its event will go ahead as planned on the December 10-12 weekend.

“As always, we will be working closely alongside Formula 1, the relevant government organisations and all key stakeholders over the coming months in order to ensure the safety of everybody in attendance.

“Any further updates, should they be necessary, will be made via Yas Marina Circuit’s official platforms.”

Qatar is in the same situation as the UAE, with its position on the red zone to be downgraded to amber over the weekend.

The Gulf State is expected to welcome F1 to the Losail circuit on the weekend that the Australian Grand Prix was set to run before it was cancelled.

Going the other way, Mexico will be added to the red zone list on Sunday, while Brazil has been listed for some time.

Both events have long had clouds over them, with F1 seemingly preparing to adapt with a second race, the Texas Grand Prix, at the Circuit of The Americas.

Another complication is Japan, which is a red zone country and is scheduled to host F1 on October 10, two weeks before it visits the US.

That race too has long been expected to fall away, with suggestions that its place would be taken by the Texas Grand Prix.

Turkey too is a red zoned country, further complicating matters as UK-based personnel could not return home following that event, or event the next one in Japan (as it’s currently scheduled) for the same reason.

With the demise of the Mexico City and Sao Paulo Grands Prix, officials will therefore be looking for potentially two further events.

Bahrain is a strong candidate for one, and with multiple circuit configurations could theoretically host a third event if needed (the Bahrain Grand Prix opened the 2021 season).

Though currently listed as a red zone country, it will be downgraded to amber as of August 8.

Back-to-back events there would make sense as timings are tight with other grands prix though it would mean one venue hosting three races in a season, or Losail could potentially host two events.

While specifics will likely only be hammered out in the weeks prior to the events, the tail end of the 23-race 2021 calendar will almost certainly witness notable changes.