One of the most successful Road to Indy teams in the past decade is set to make its full-time return to the IndyCar Series in 2022.

Juncos Hollinger Racing – as it will be known – will rejoin the series in a new partnership between team owner Ricardo Juncos and Brad Hollinger.

The team will contest the final three races of the 2021 season before a full campaign in 2022 with a yet-to-be-announced driver.

“The opportunity to partner with someone who shares many of the same values, passion, determination, and is forward-thinking like Brad Hollinger makes this an incredible moment in our team’s history,” said team co-owner Ricardo Juncos.

“Brad has a lot of experience at one of the highest levels in racing and brings resources that will create more opportunities and growth for all of our programs.

“I am looking forward to what our future holds at Juncos Hollinger Racing and taking our team to the next level.”

Hollinger joins the team with Formula 1 experience having been a shareholder and board member in Williams.

Hollinger said he hopes to bring what knowledge he has gained from the world of Formula 1 to the IndyCar Series.

“Since we first met, Ricardo’s relentless drive for success, knowledge of open-wheel racing, and engineering expertise were quite apparent,” said Hollinger.

“His winning spirit along with our shared vision and commitment to be a front-running team made my decision to join Juncos Racing a simple one.

“I recently transitioned from the Formula 1 world, where the sport entertained an international audience, yet had limited fan participation in the United States.

“My view of IndyCar Series, in light of Formula 1’s limited exposure, is that significant growth opportunities exist.

“This premise prompted me to seek an IndyCar Series team with a combination of engineering acumen, a culture of excellence, and a track record of success.” 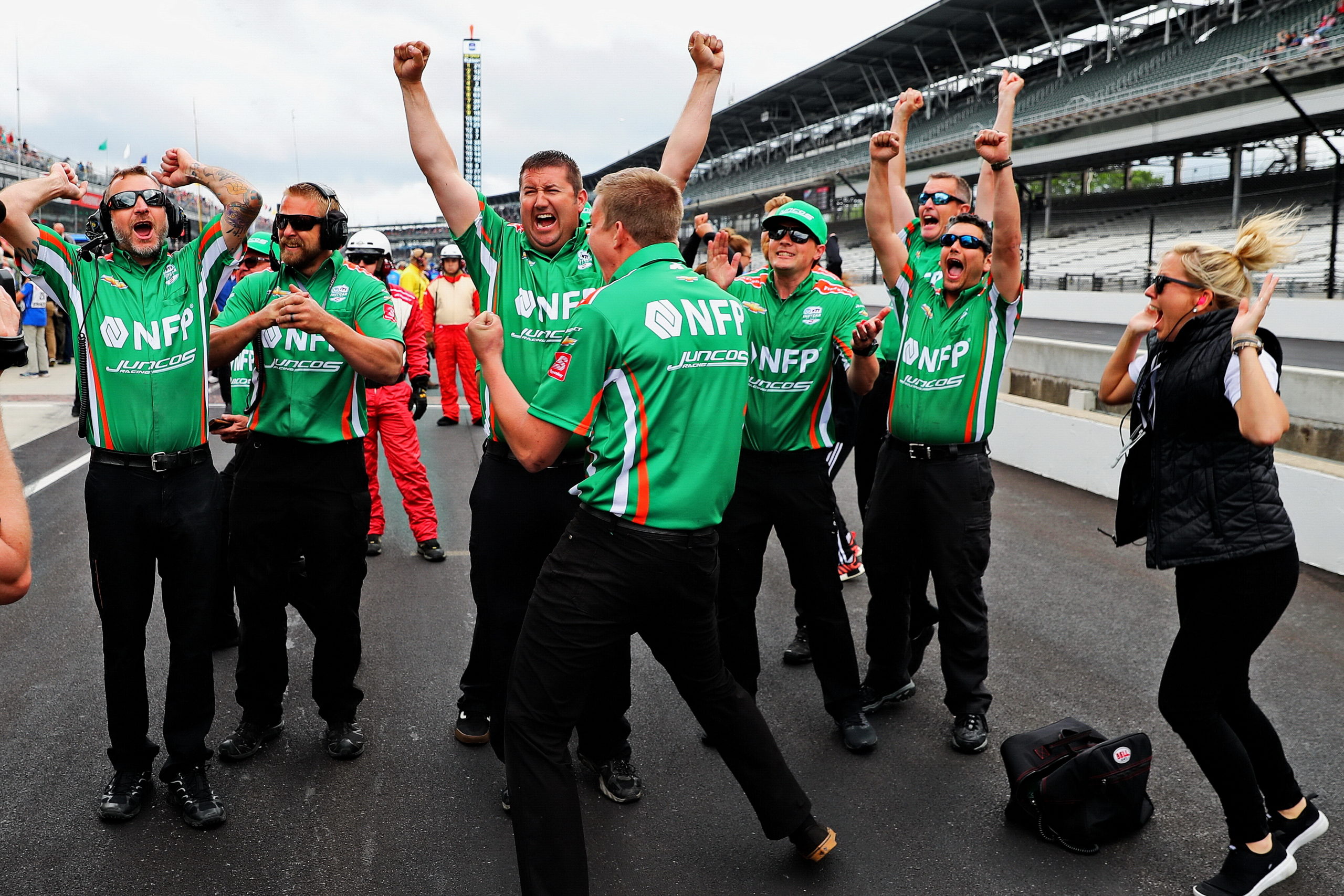 Operating under the Juncos Racing banner, the team has had plenty of success on the Road to Indy ladder in the past decade.

Conor Daly brought the team its first success in the now known Indy Pro 2000 Championship with title success in 2010.

Pigot would also win the second tier Indy Lights title in 2015 while Kyle Kaiser won it in 2017.

In 2017, Juncos Racing made its IndyCar Series debut with Pigot and Sebastian Saavedra at the Indianapolis 500.

Both cars qualified for the race before finishing 15th and 17th respectively.

Rene Binder, Alfonso Celis Jnr, and Kaiser would share the team’s sole entry which was run at selected events in 2018.

The team famously qualified for the 2019 Indianapolis 500 in dramatic circumstances.

Kaiser crashed before qualifying, forcing the team to switch to its spare chassis. He then went on to qualify 33rd, resulting in McLaren’s Fernando Alonso missing the cut.

Owing to a difficult 2019 and the COVID-19 pandemic in 2020, the team has focused its attention on the Road to Indy.

The team will race at Portland, Laguna Seca, and Long Beach later this year.