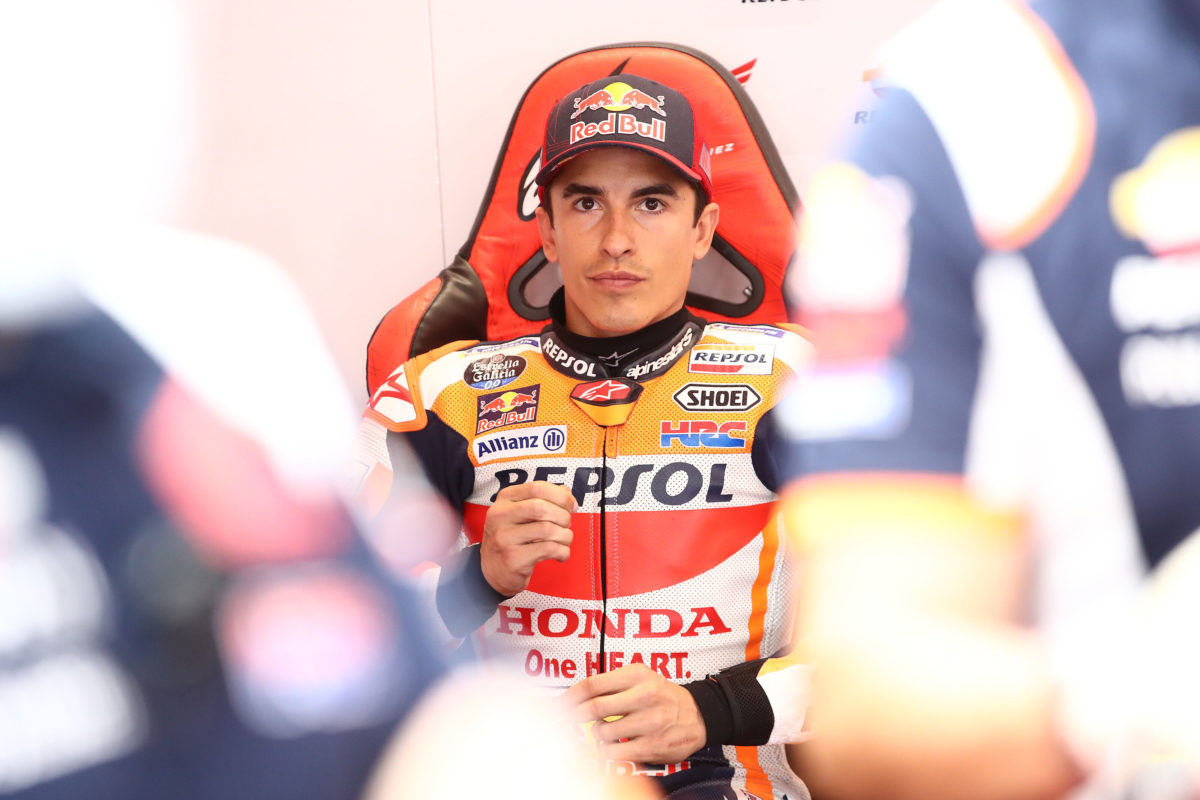 Marc Marquez is “feeling better and stronger” ahead of the start of the second half of the 2021 MotoGP season.

The Repsol Honda rider missed the first two races of the year as he continued his recovery from the badly broken arm he suffered at the start of the delayed 2020 campaign.

Marquez has competed at less than full fitness since his return and revealed that he thought about suspending his comeback as he continued to struggle.

Even after winning the German Grand Prix on an anticlockwise Sachsenring which masks the issues with the Spaniard’s right-hand side, he admitted that he and Honda still needed to improve.

However, a longer than usual, five-week summer break (Sunday to Sunday) has given Marquez the opportunity to work hard on his physical state.

As planned, he stepped up his bike training during the time away from competition and feels better for it ahead of this weekend’s Michelin Grand Prix of Styria at the Red Bull Ring.

“I’ve enjoyed the summer break; I was able to relax with friends and family and enjoy it,” said the six-time premier class champion.

“It was good not just for the mind, but also for the body and I am feeling better and stronger. I’ve been able to increase my training, spending more time on bikes and even returning to riding motocross – which I am enjoying a lot.

“But we know the situation on track will still not be simple and we have to keep working and stay focused.

“I’m looking forward riding my Honda RC213V again and having full grandstands again will be incredible.”

Marquez occupies 10th in the championship, two positions ahead of team-mate Pol Espargaro despite having entered two rounds less.

Espargaro has battled thus far in his first year with Honda, after making the off-season move from KTM, but is hopeful of better results starting this weekend in Austria.

“It has been a long time away from the track and I am looking forward to returning to riding my Honda again,” he said.

“We’ve been training hard over the whole summer and I am fully prepared physically for the final end of the year.

“The Red Bull Ring is a unique circuit with a lot of hard braking and accelerating, I think it can suit us.

“It looks like we will have full grandstands for the first time in Austria, I am so excited to see all the fans and hopefully we can see more people at more circuits soon.

“We didn’t have the easiest start to the season, but it’s time to keep our focus and show the potential we know we have.”

Practice for the Michelin Grand Prix of Styria starts on Friday evening (AEST).