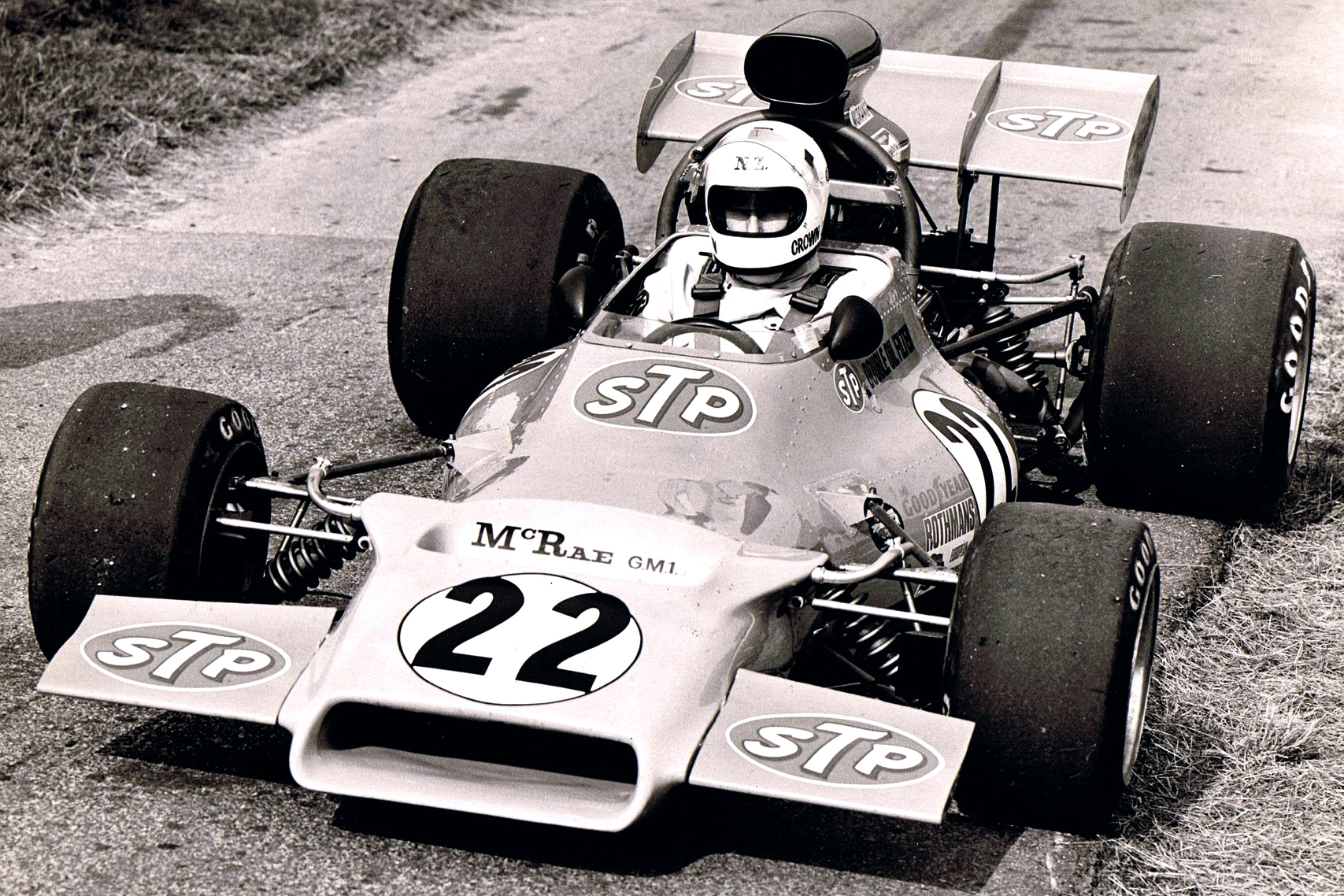 McRae was a talented open-wheel racer, reaching the pinnacle of the sport in 1973 when he made his sole Formula 1 championship start with Williams in the British Grand Prix at Silverstone.

That same year he also contested the Indianapolis 500 and claimed Rookie of the Year status driving an Offenhauser-powered Eagle, completing 91 laps in a rain-shortened 133-lap affair.

McRae was among the likes of compatriots Bruce McLaren and Howden Ganley as a prolific manufacturer of race cars.

Perhaps the most well known was the McRae GM1, which was initially drawn up by well-known Formula 1 designer Len Terry in conjunction with Malcolm Bridgland and McRae who brought knowledge from his time driving the McLaren M10B. 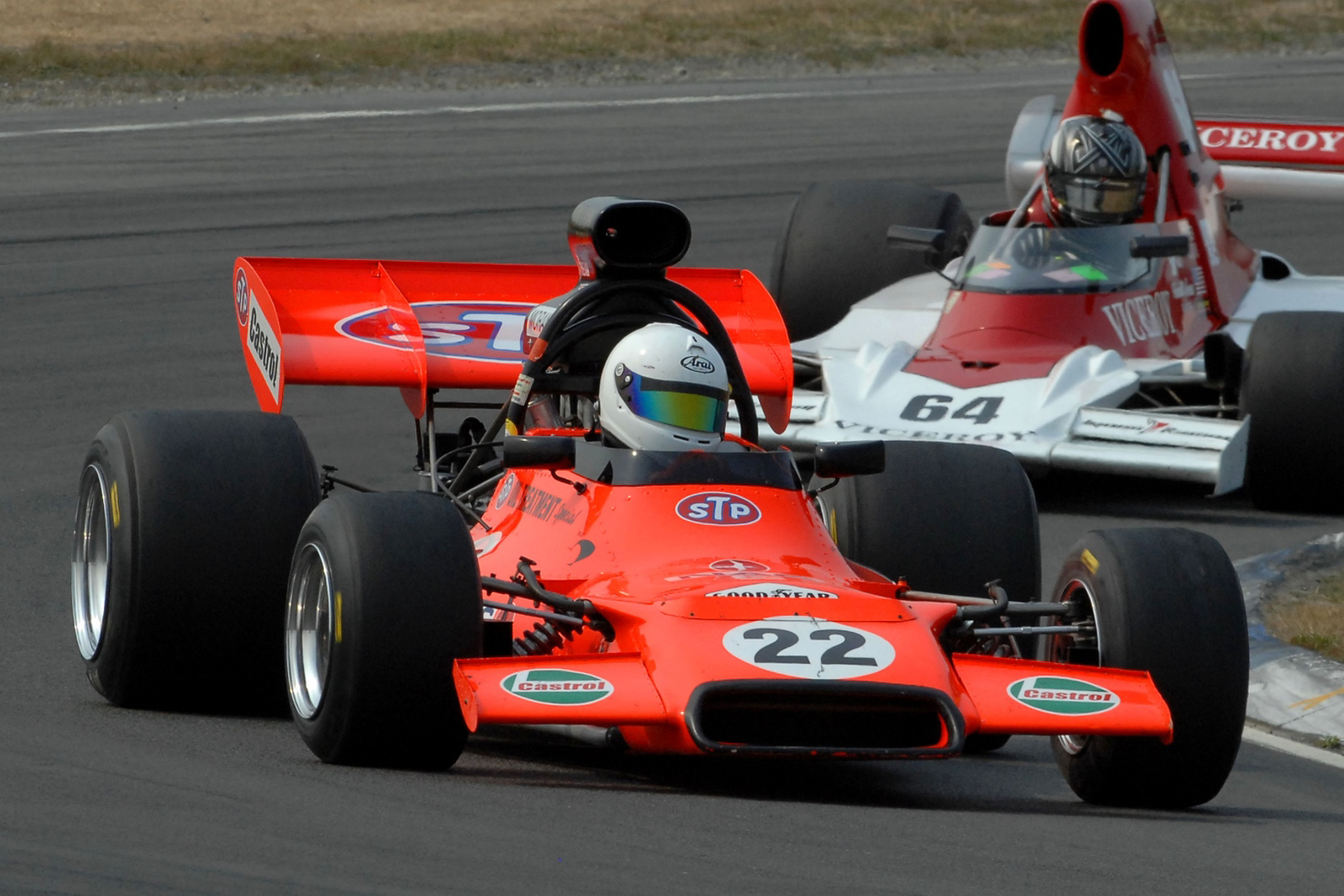 The McRae GM1 dressed in its bold fluorescent STP colours

In total, 14 McRae GM1 race cars were built between 1972 and 1973, achieving significant success in the hands of the car’s namesake.

A single GM2 was made, but the design was later sold to Talon which built five in total.

The radical GM3 came to light in 1976, featuring a striking perspex cockpit surround that put the driver on display.

The GM3 formed the basis of the radical GM9 Can-Am racer, which was famed for its bold pink and white livery.

McRae was part of a highly talented crop of Kiwi drivers to succeed throughout the 1970s in the Formula 5000 era.

He also claimed the highly regarded Tasman Series in 1971, 1972, and 1973, beating the likes of compatriot Chris Amon as well as Australians Frank Matich, Frank Gardner, and Kevin Bartlett.

Many of the McRae GM1 Formula 5000 race cars still compete in New Zealand.

McRae is part of Motorsport New Zealand’s Wall of Fame and was recently honoured by the S5000 Australian Drivers’ Championship.

Speedcafe.com extends its condolences to McRae’s family and friends.