The cost of Charles Leclerc’s involvement in the opening corner crash at the Formula 1 Hungarian Grand Prix was even greater than first thought.

The Monegasque was eliminated from the race after Lance Stroll collided with his Ferrari as they negotiated the first corner.

Both the Leclerc and the Aston Martin driver were instant retirements, the former limping his car to Turn 2 before parking it for the afternoon.

Having now had time to evaluate the full extent of the damage sustained to the SF21, the Scuderia has made an unwelcome discovery.

“The accident in which Charles Leclerc was an innocent victim shortly after the start of the Hungarian Grand Prix came at the cost of robbing him of the chance of a great result at the Hungaroring,” the team announced.

“However, examination of the number 16 SF21 carried out yesterday in Maranello, revealed that on top of this, the engine was irreparably damaged and cannot be used again, following the impact from Lance Stroll’s Aston Martin.

“This is a further blow for Scuderia Ferrari and the Monegasque driver.

“This damage has a financial impact and also racing ramifications, given that over the remaining 12 race weekends this season, it is highly likely the team could be obliged to fit a fourth ICE (internal combustion engine) to Charles’ SF21, thus incurring grid penalties.”

Ferrari’s statement comes soon after comments from its team boss specifically on the cost of crash damage.

Teams this year are operating under financial regulations for the first time in Formula 1 history, with Ferrari having to scale back its operation to meet the $145 million limit.

That will reduce to $135 million for 2023, with team principal Mattia Binotto and his opposite number at Red Bull, Christian Horner, calling for an FIA review of the cost cap.

It’s a move not supported by all teams, with McLaren having spoken out against such a review and instead suggesting crash damage is an accepted part of racing.

Also in Hungary, a post-qualifying engine change for Max Verstappen will likely see him forced to take a fourth power unit, and incur a penalty, later in the season.

A crack was found in his Honda unit following qualifying, a result of the 51G impact it absorbed at the British Grand Prix.

There are doubts over Sergio Perez’s unit after he too was a victim of the opening lap calamity.

Aside from those on tyre testing duties at the Hungaroring, which concludes today, Formula 1 is now on its summer break.

It will return for the Belgian Grand Prix on August 27-29. 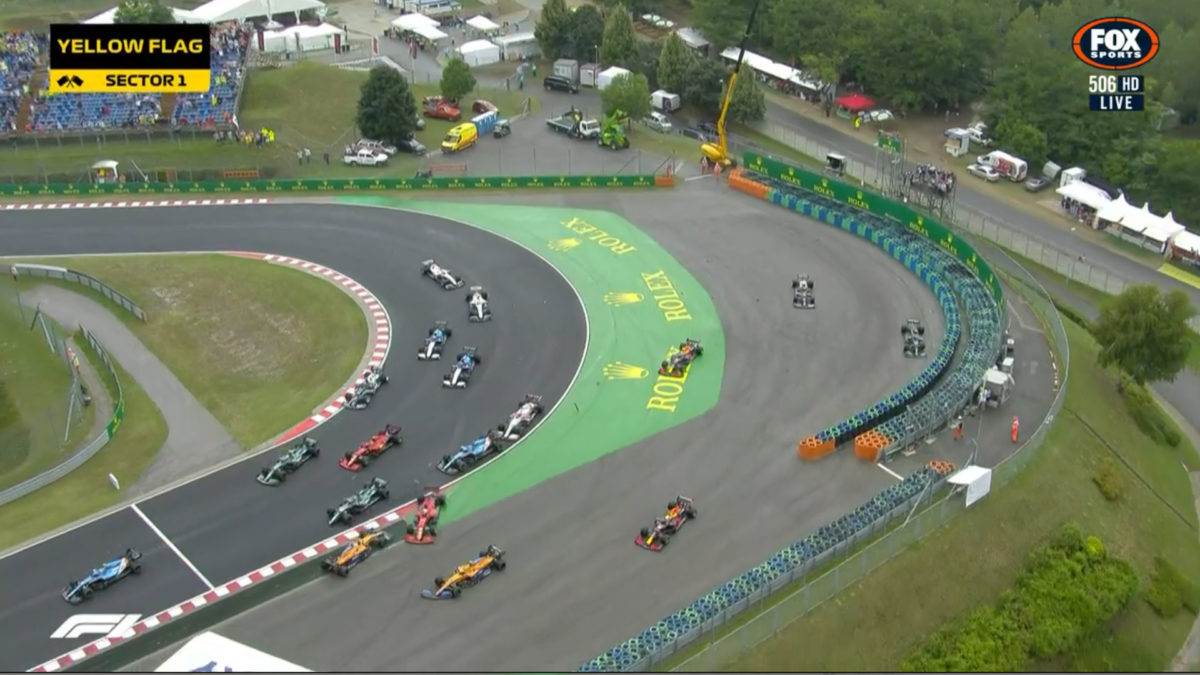