Aprilia’s Aleix Espargaro will resume his MotoGP campaign this weekend with the wounds he sustained in a recent mountain bike race.

The Spaniard went over his handlebars on the final stage of the Colina Triste event, ripping skin off his face, but did not sustain any serious injuries.

According to Espargaro, he had been battling for fourth position at the time.

The 32-year-old is currently eighth in the MotoGP championship, six positions up on his best season finish in his previous four campaigns with Aprilia.

Round 10 of the 2021 season, the Michelin Grand Prix of Styria which marks an end to the summer break, starts with practice this Friday event (AEST) at the Red Bull Ring. 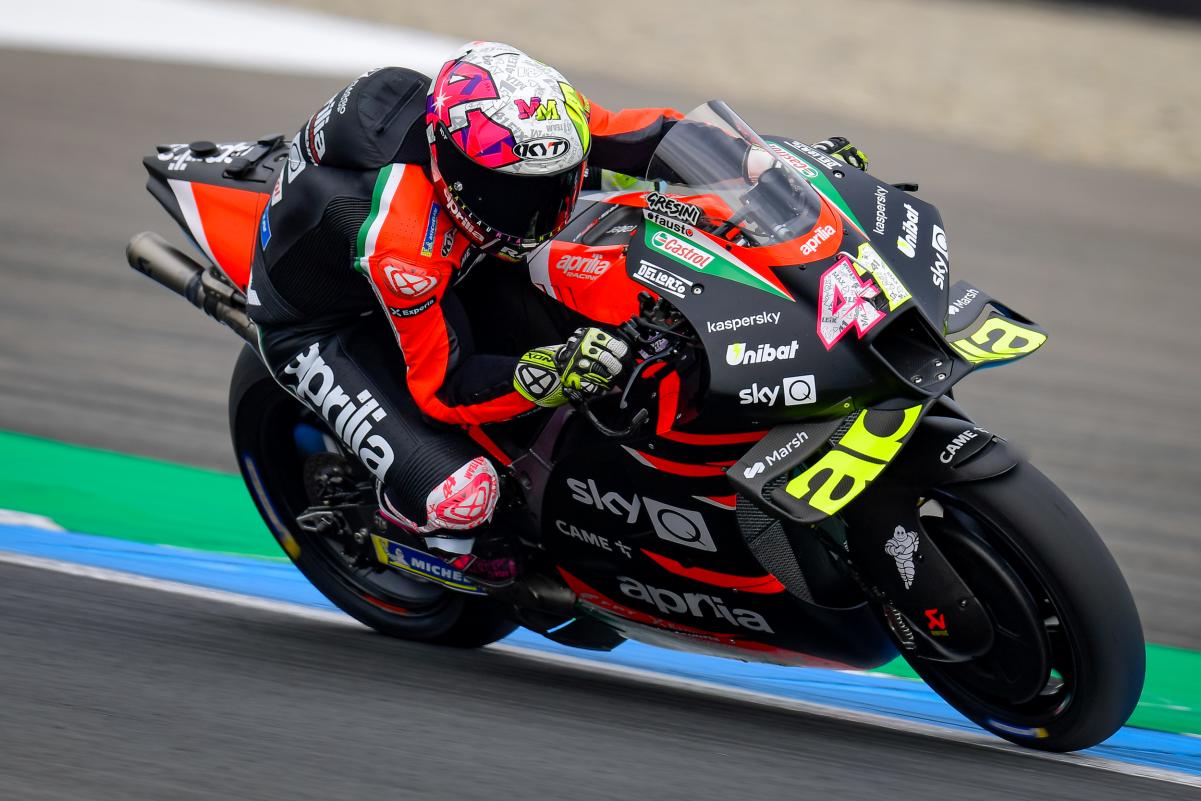 Espargaro on his Aprilia. Picture: MotoGP.com