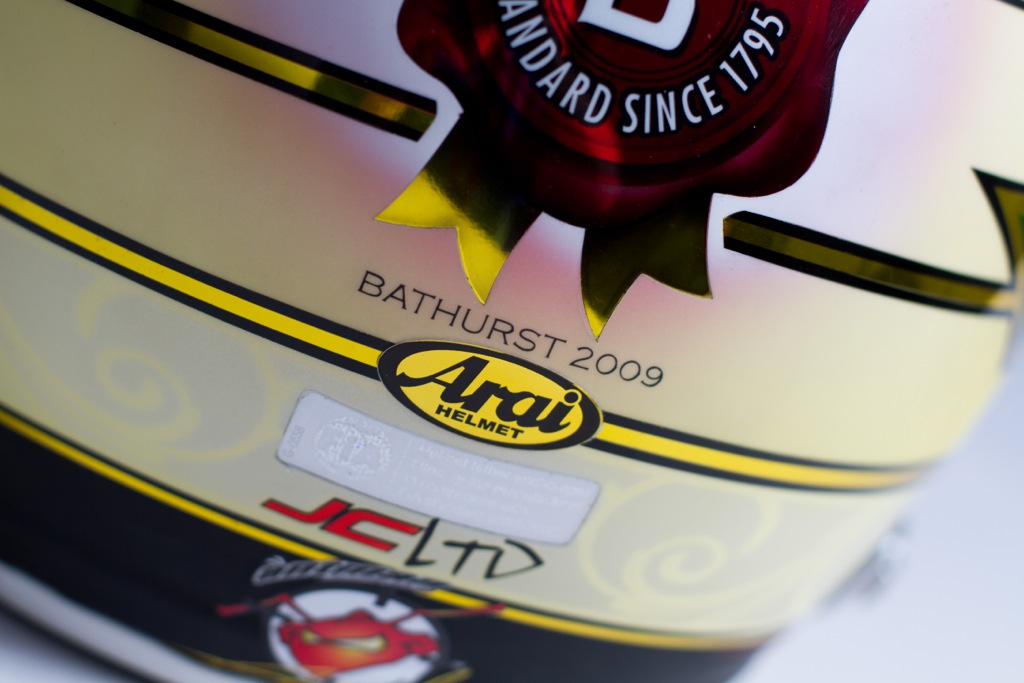 It was that season however which solidified his position as a genuine front-runner in the competition, with this your opportunity to own a part of his breakout season.

A year prior to his championship success with the team, Courtney had slow start in Adelaide before bouncing back in Hamilton with a podium.

Top 10 results then following at Winton and Hidden Valley before a breakthrough win at Townsville.

More podiums followed in quick success as Courtney enjoyed a strong run of results, identifying him as one of the favourites for that year’s Supercheap Auto Bathurst 1000.

It his helmet from that event, at which he was joined by Steven Johnson in the famed #17, which could now be yours.

At Mount Panorama, the pair missed out on a berth in the Top 10 Shootout, and lined up 13th for the race.

Sunday’s 161-lap affair was a tricky affair, slippery to begin with and held in sunshine initially, conditions turned at mid-distance.

That saw Courtney pirouette at the top of the mountain, miraculously able to continue unscathed.

As with all Bathursts, the drama was far from over, and a damaged left-front corner forced Johnson to pit the car, dropping the duo down the order.

Having lost a number of laps the car eventually rejoined the race, well down on the leader to be the last classified runner.

Aside from the radio which was fitted for the race, the helmet comes as campaigned by Courtney that weekend.

It can even be signed and a personal message added on request.

CLICK HERE to view the helmet on Speedcafe.com Classifieds.