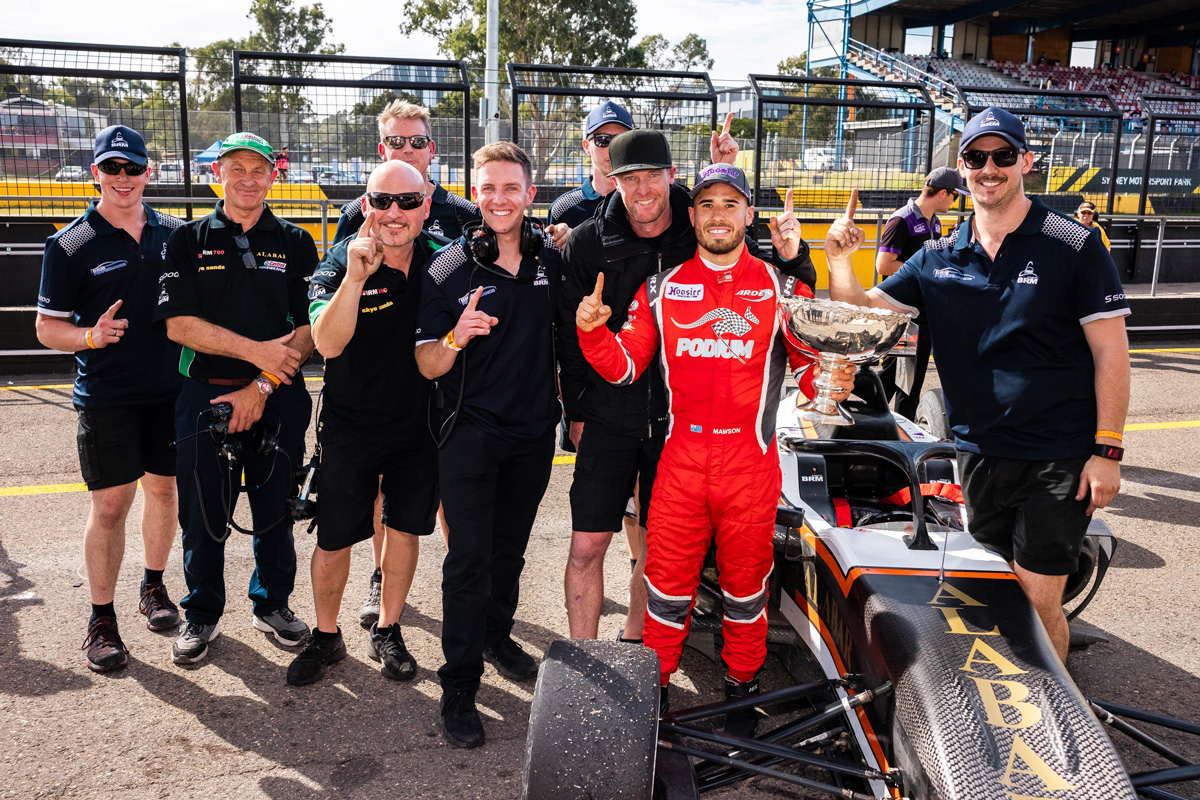 Team BRM has confirmed its intentions to run as many as three cars in the upcoming Tasman Series, potentially with an international driver behind the wheel.

Now with the open-wheel category reigniting the historic Tasman Series concept for a pair of events at Bathurst and the Gold Coast this November and December, respectively, BRM has more success in its sights.

Talks are underway to see Mawson and Kiwi race winner Kaleb Ngatoa return to the squad’s ranks; S5000 runner-up Thomas Randle meanwhile is likely to focus his attention on his 2022 full-time Supercars drive at Tickford Racing.

“I’m very confident with where we sit and the level of early interest around the Tasman Series,” said BRM boss Mark Rundle.

“Form700 and Alabar, who supported two cars throughout the Gold Star championship his year, are back onboard and their support means we are in a really good place to pick up where we left off in May.

“We’re a long way down the road with Joey and continuing what we started during the Gold Star earlier this year; it’s just a matter of pinning down the details and getting him locked in, which is really exciting.

“He did such an awesome job and even though there is a long gap between the final Gold Star round and the Bathurst event, we all want to continue that momentum and keep on pushing.

“Kaleb is keen to return and we’d obviously love to have an Aussie and a Kiwi in the team both trying to win the Tasman Cup.

“He’s a massive talent and while there are still some things that need to fall into place, including making sure the Kiwi border is open, given time hopefully that will sort itself out.

“There’s also some really interesting prospects in place for the third car which would add a lot to the grid, so we’re working very hard on getting that seat filled.”

Among those “interesting prospects”, it seems, are some international drivers.

“There is a lot of interest from overseas in racing these cars at Bathurst and the Gold Coast, in particular,” Rundle said.

“People know both circuits around the world because of their heritage and their profile.

“With two events, the official test day and other testing opportunities as well, it’s a lot of seat time in not a massive amount of days, so there are benefits involved for those drivers coming down to race, so much so that some will consider a two-week quarantine very worthwhile.

“In the long-term running the Tasman Series over summer is absolutely the way to go, but there is a good shot at getting some international talent here this year, even in the current environment.”

With seven Gold Star trophies in the team’s possession, Rundle is excited by the prospect of contending for the Tasman Cup for the first time.

“We’ve been in open wheel racing for three decades, but the Tasman Cup is a trophy that we have not yet had the opportunity to fight for,” he added.

“As a team we’re very keen to try and win it and having one of our drivers lift that trophy would be a pretty big moment in our history.”

S5000 had initially been slated to feature next month at the Shannons Motorsport Australia Championships round at Sandown but that is no longer the case, with the Supercheap Auto Bathurst International on November 26-28 now the category’s next race meeting.