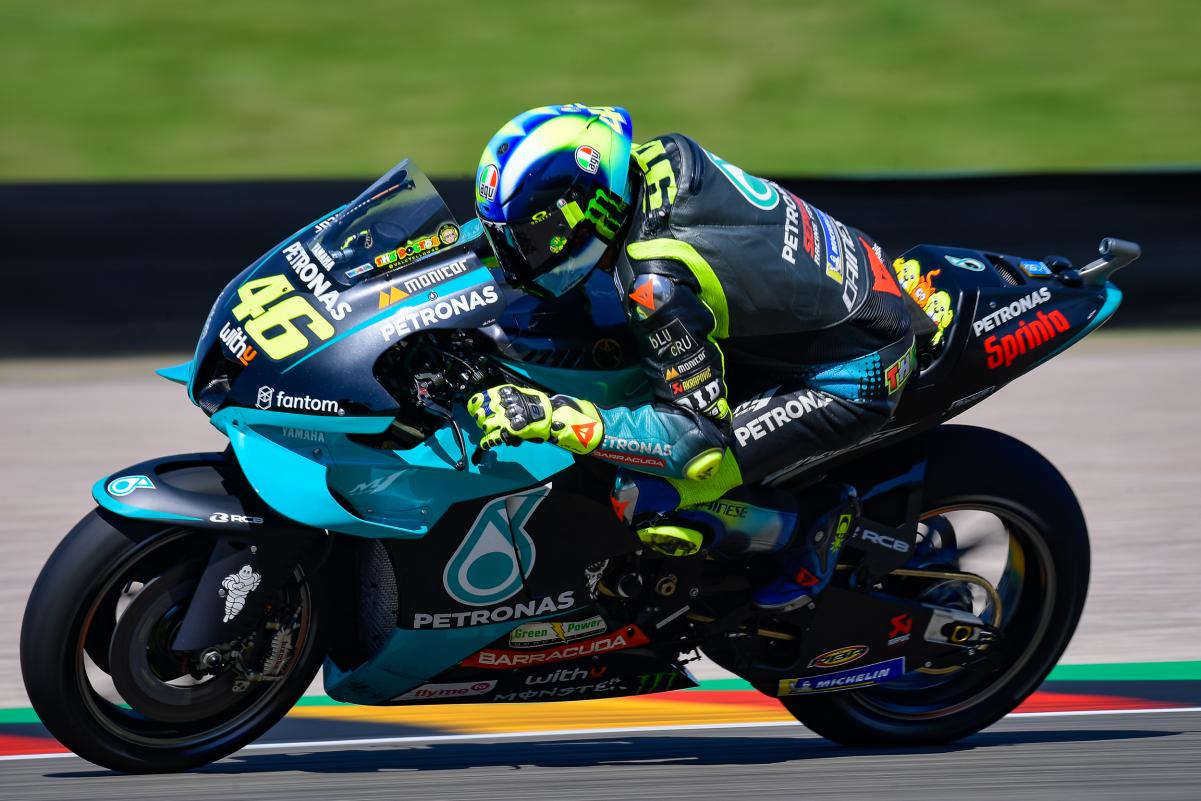 Valentino Rossi says he “expects more” from the second half of the MotoGP season after a poor year to date.

The seven-time premier class champion is 19th in the standings with a best result of 10th, in his home grand prix at Italy’s Mugello.

One-lap pace has also been underwhelming, with Rossi qualifying fourth at Round 1 at Losail and then no better than ninth in the other eight events thus far.

As he mulls over his future, the 42-year-old admits he needs to improve.

“The first half of the season for us was not fantastic because we struggled a bit, and we know that it is difficult because the level of the riders and of all the bikes in MotoGP is very high,” said Rossi in a video on Petronas SRT social media.

“So, we know that we have to fight hard, but we want more, we expect more, so we want to try to make a better result and to work hard for the second half of the season.”

Having previously indicated he was very likely to retire, Rossi is now a key element of MotoGP’s silly season.

Even if he wanted to, there appears no prospect of staying at SRT, nor at Yamaha’s factory team.

SRT boss Razlan Razali has recently reiterated a desire to revert to its youth policy, having revealed at the team’s season launch that Rossi has a performance clause in his Yamaha contract relating to a potential renewal offer.

‘The Doctor’ will nevertheless have a major say in who rides for the Malaysian-owned outfit next year because he is set to determine where Marco Bezzecchi, a Moto2 rider in Rossi’s VR46 stable, will end up.

VR46 Riders Academy director Alessio Salucci said late last month that the veteran’s future is now up to him, with the notion of riding on for his own team when it becomes a MotoGP entrant in its own right now a distinct possibility.

Also in the mix is VR46’s commercial situation, with doubts over the backing from Saudi Arabian petrochemical company Aramco, and thus the theory that the team might need Rossi’s superstar status to attract another sponsor.

More is set to be known about that matter in coming days, when a press conference will be held from Prince Abdulaziz bin Abdullah Al Saud’s private residence.

If Rossi does take the seat alongside Luca Marini, then Bezzecchi would probably land at SRT, which is hardly spoilt for choice as it seeks to replace both of its incumbents for 2022.

Its other current rider, Franco Morbidelli, has been given Razali’s blessing to move on to Monster Energy Yamaha, although he reportedly had a get-out clause pertaining to factory team rides in his contract anyway.

For now, however, the Italian is out of action due to knee surgery, with Yamaha test rider Cal Crutchlow taking the older, ‘A-Spec‘ YZR-M1 for the next three rounds.

The second half of the MotoGP season kicks off this Friday with the first of two rounds at the Red Bull Ring, the Michelin Grand Prix of Styria.