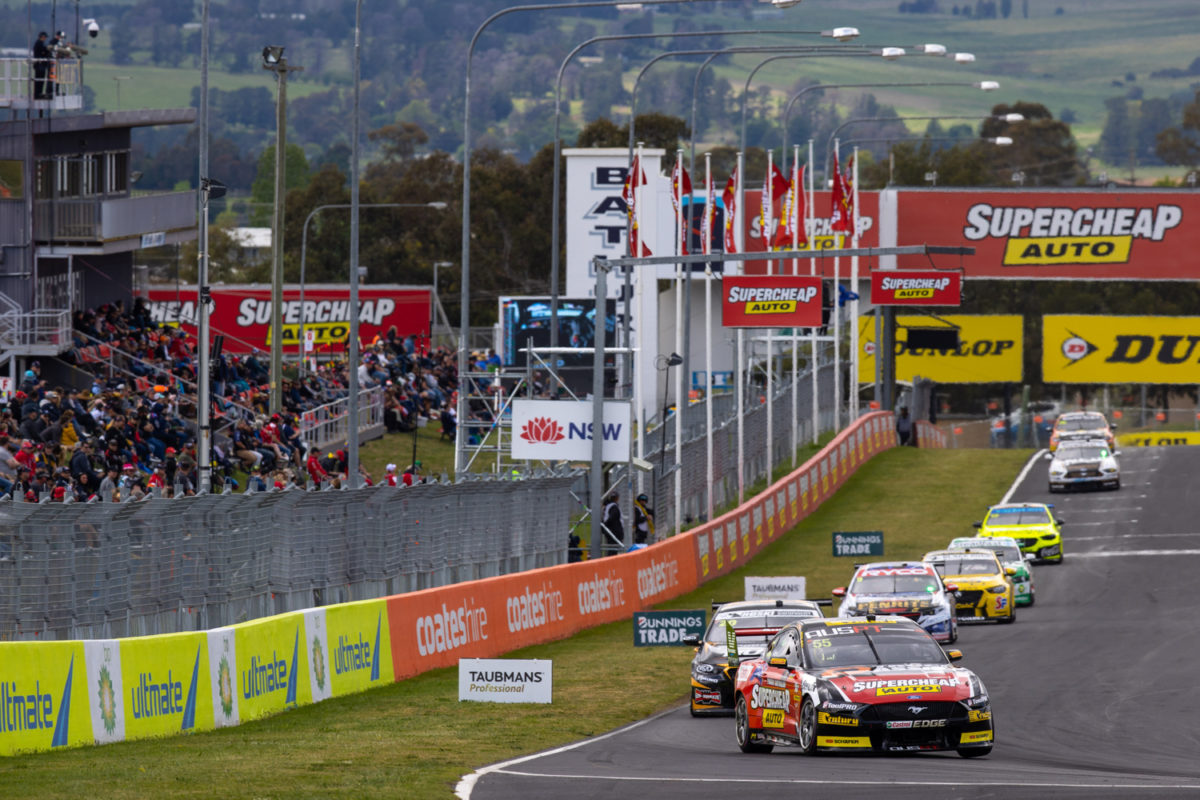 A contract dispute is believed to be brewing over the newly rescheduled November date for the Repco Bathurst 1000.

Supercars announced last week that the 2021 Great Race will be moved back from its original October 7-10 date to November 4-7, one of several changes to the calendar, in a bid to have a more ‘normal’ Bathurst 1000.

That normality largely pertains to the fan experience, after a 4000-person spectator cap was placed on each day of last year’s COVID-affected event, including the closure of Mount Panorama’s iconic campsites.

Those restrictions, a product of state government regulations, left many fans disappointed at the inability to make the annual pilgrimage to Bathurst.

Ominously, an even greater set of hurdles exist at the present time, including Sydney’s ongoing lockdown, restrictions on public activities elsewhere in New South Wales, and a raft of state/territory border closures.

An early-November slot is therefore one of no more than a few, if there are indeed any others, which gives Supercars a reasonable chance of entertaining a crowd at its biggest and most prestigious race.

However, the new date creates a packed month of motorsport at Mount Panorama, given Challenge Bathurst was already scheduled for November 11-14 and the Supercheap Auto Bathurst International for November 26-28.

Speedcafe.com understands that Supercars looked at dropping its event between those other two, but that was deemed infeasible due to bump in/bump out times.

The date which it instead landed on makes for just a four-day gap between the Bathurst 1000 and the first day of track activity for Challenge Bathurst.

It is believed that Challenge Bathurst, through its contract with Bathurst Regional Council (BRC), is entitled to an exclusion period with respect to full track closures in the fortnight preceding its event.

A full track closure is essentially a major motor racing event at Mount Panorama, the number of which is limited by state legislation to five, with Challenge Bathurst being one of them.

The other four are Supercars’ Bathurst 1000 and Bathurst 12 Hour (replaced this year by the Mount Panorama 500), and the Australian Racing Group’s Bathurst International and Bathurst 6 Hour.

The legislation referred to above, namely the Mount Panorama Motor Racing Act, does not prescribe any sort of buffer period around events.

It is understood that the three parties involved in the issue, namely Bathurst Regional Council, Challenge Bathurst, and Supercars, had been in communication with each other before the latter announced its heavily revised calendar.

When approached by Speedcafe.com, Supercars issued a brief statement saying it is working to ensure both Challenge Bathurst and the Bathurst 1000 are a success.

“Discussions between all stakeholders will continue to ensure both events are a success,” read that statement.

“Council has in place contracts with Supercars and Challenge Bathurst to run events at the Mount Panorama Motor Racing Circuit and the contents of these contractual arrangements are commercial in confidence,” a BRC spokesperson told Speedcafe.com.

Among the issues which the logjam of events in November could create are limited site access for set-up for Challenge Bathurst, and a strain on the pool of available officials.

There are, of course, already several direct clashes across various disciplines of national level Motorsport Australia-sanctioned events in the back end of the year due to the disruption arising from the pandemic.

The need to cover three major events totalling 11 days of track activity in a 25-day period (or four ‘weekends’) at Mount Panorama is not necessarily an issue in itself, although one might arise if travel restrictions continue to create difficulties for would-be officials from interstate and/or even those who live in Sydney.

For Supercars, any further change to dates could have major ramifications on its ability to have a crowd at the Bathurst 1000, and the calendar more broadly.

It is planning for its next event to be at Winton on October 2-3, the weekend before the Great Race’s original date, and then for another on October 23-24, believed to be at Phillip Island in place of this year’s now-cancelled Australian Motorcycle Grand Prix.

Notably, both of those circuits are located in Victoria, and the former is accessible by the only team currently operating from NSW, namely Brad Jones Racing, given its base in Albury is part of the cross-border bubble.

The November 19-21 weekend is now taken up by the Beaurepaires Sydney SuperNight, and the season is supposed to draw to a close on the streets of Surfers Paradise with the Boost Mobile Gold Coast 500 on December 3-5.

November 4-7 is therefore conceivably the latest possible date on which this year’s Bathurst 1000 could be held, and thus represents the greatest chance of welcoming in a meaningful crowd.

In a Pirtek Poll which opened on Speedcafe.com just yesterday, over 78 percent of 4000 respondents so far have voted that the postponement of the 2021 Great Race was the right call.

It also enhances the chance that three-time Supercars champion and 2019 Bathurst 1000 winner Scott McLaughlin can compete, after a change to IndyCar’s calendar put its Long Beach finale within a fortnight of the original date for the Mount Panorama enduro.