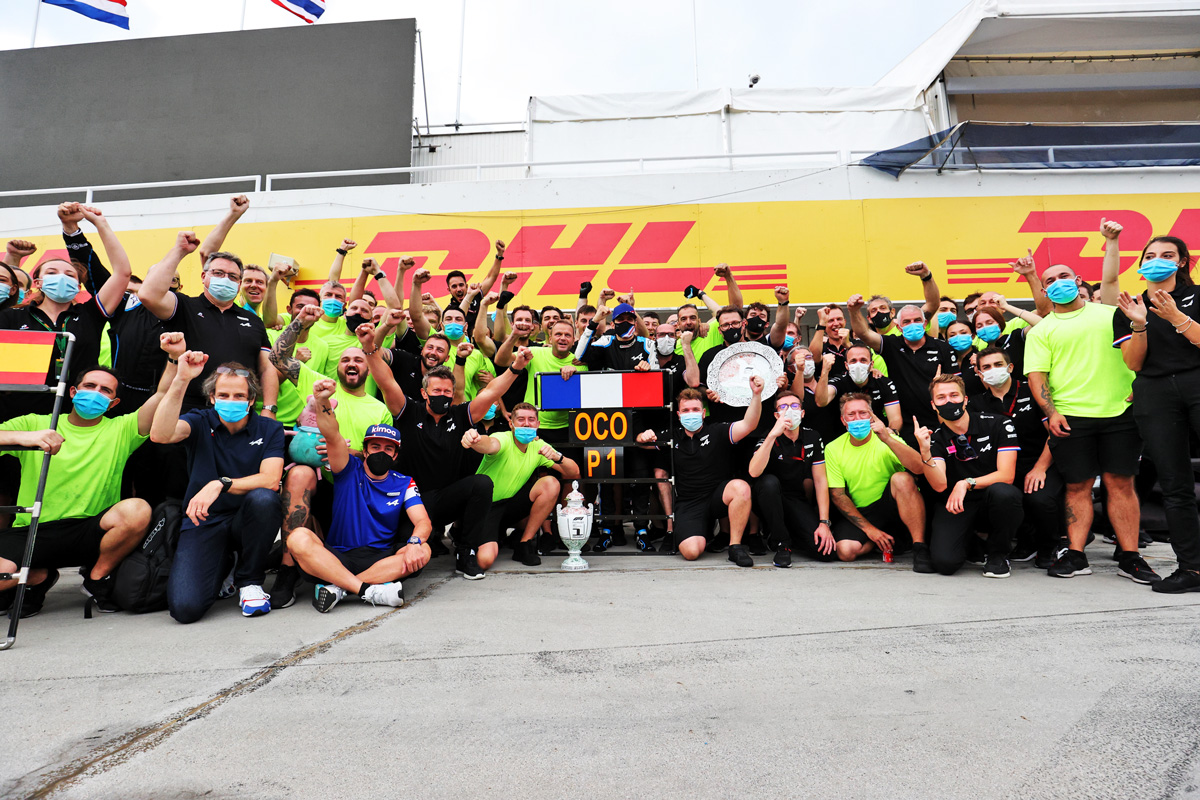 The two-time world champion returned to F1 this season after two years away and has quickly rediscovered his form of old.

Alonso indeed had held the intra-team upper hand in the previous five grands prix and certainly appeared the more likely of the Alpine drivers to pull a breakthrough result out of the bag.

But it was Ocon who did just that on Sunday, benefiting as the seas parted amid first-corner mayhem and then from a Mercedes strategy misjudgement, before delivering a faultless performance from there to clinch his maiden F1 victory.

Alonso appeared genuinely stoked for the Frenchman, completing the cooldown lap in formation with the #31 and warmly embracing Ocon afterwards.

It came as Ocon praised the now 40-year-old and declared “everyone told me a lot of things about Fernando before I came, but everything is wrong”.

“Now we have quite some history on this track! My first victory came here with Renault in 2003, now Esteban has won as Alpine in 2021.

“I am so happy for him and for the guys.

“Sometimes we have been unlucky but today was one of the lucky days and we have to maximise these opportunities. We can execute races close to perfection if luck is with us.

“We’ve been up and down, but we can now look forward to the future and repeat the success of the past.

“These boosts motivate us, and we can go into the break with a smile on our faces.”

Alonso’s role in the result of course cannot be understated, staving off a clearly faster Lewis Hamilton lap after lap with vigorous defending to give the lead pack some much-needed breathing room in the closing stages.

“We knew Lewis would be a threat in the last laps, but we must pay huge credit to Fernando for fighting hard to defend against him, as this helped a lot to protect Esteban’s position,” said Alpine executive director Marcin Budkowski.

Alonso himself crossed the line fifth, which is set to become fourth if Aston Martin’s appeal of second-place finisher Sebastian Vettel’s disqualification is unsuccessful.

Regardless of that outcome, Alpine has gained two places in the F1 constructors’ championship, jumping both Aston Martin and AlphaTauri.