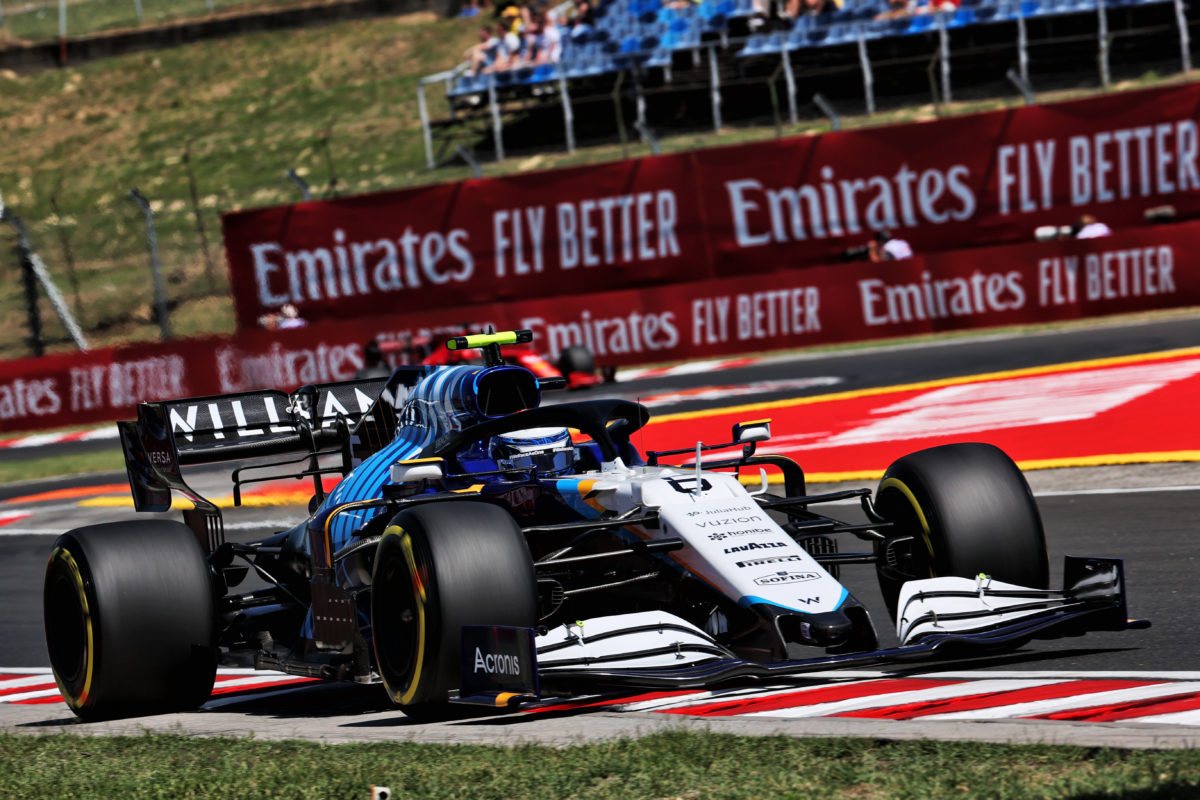 Williams drivers George Russell and Nicholas Latifi have been left struggling for words after both scored points in the Formula 1 Hungarian Grand Prix.

Mixed conditions at the start triggered an opening lap clash which saw Latifi run as high as third in the early stages.

With five cars eliminated, and two more badly wounded, it made for a prime opportunity for the Grove squad.

“I’m so happy for everyone and I’m a bit lost for words,” said Russell.

“It was an incredible race. My final stint was probably the best of my whole career as I was fighting like crazy, fending off Daniel Ricciardo and Max Verstappen.

Early in the race, Russell radioed the team instructing them to compromise his own result if it meant a better outcome for the team.

In the end it mattered little, with Latifi finishing one spot ahead to net the team eighth and ninth at the flag as Esteban Ocon took a shock victory for Alpine.

That has since become seventh and eighth due to Sebastian Vettel’s disqualification, although Aston Martin is set to appeal that ruling.

“The team has been knocking on the door of points for a few races now, so to get both cars in the points and to move up to P8 in the championship is amazing,” said Latifi.

“The race from my side was very tough to manage, obviously the start in the first corner was what sealed it for me.

“We struggled in qualifying yesterday, so to come away with a result like this is better than anything we could have hoped for.

Dave Robson, Williams’ head of vehicle performance, added: “Today, a small amount of rain caused a big swing in fortunes for the field.

“We obviously benefited, not least from the crashes at the initial race start.

“However, the team made the most of the situation and made good decisions throughout the race.

“Although we ultimately lost some places to faster cars, we are nonetheless very happy with the result.

“Whilst we were a bit fortunate today, the result is due to a huge amount of work at the track and the factory and the ability to put into practise everything that we have learned as a team over the last few seasons,” he added.

“We can now begin our preparations for Belgium before taking some time off.

“When we return, we will attack the second part of the season with renewed confidence.”

Williams has subsequently moved ahead of both Haas and Alfa Romeo in the constructors’ championship – a fact which could be worth tens of millions of dollars at year’s end.

Formula 1 returns after the summer break on August 27-29 at the Spa-Francorchamps circuit for the Belgian Grand Prix.