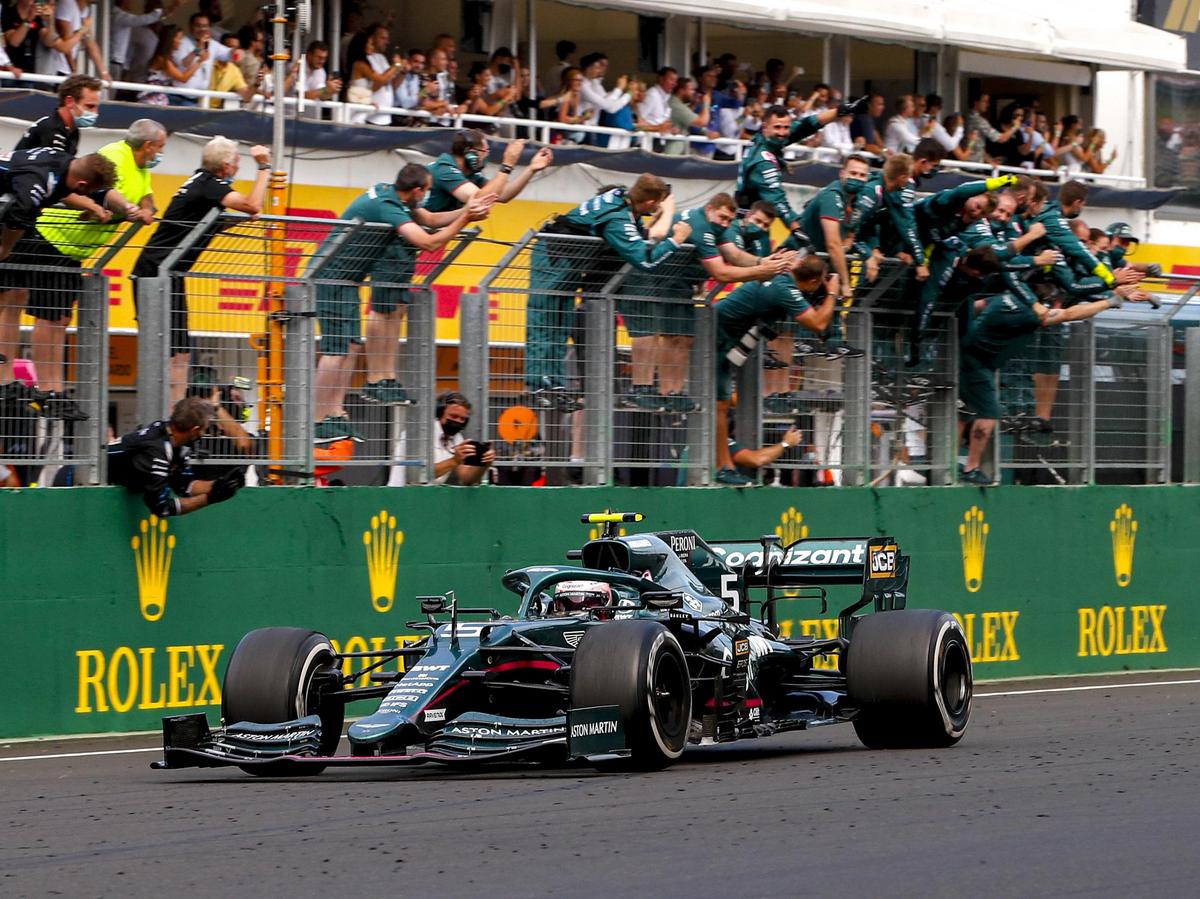 Sebastian Vettel is at risk of losing second place in the Formula 1 Hungarian Grand Prix for a breach of the technical regulations.

However, post-race only 0.3-litres of fuel could be extracted from his car, where one-litre is required under the rules.

“After the race it was checked on car number 05 whether a 1.0 litre sample of fuel could be taken from the car,” a report from the FIA Formula 1 technical delegate stated.

“It was possible to take only a 0.3 litre sample following the procedures layed (sic) out in Article 6.6.4 of the 2021 Formula One Technical Regulations.

“Therefore I am referring this matter to the stewards for their consideration, as this is not in compliance with Article 6.6.2 of the 2021 Formula One Technical Regulations.”

Vettel has already caught the attention of the stewards after he left his ‘We Race As One’ t-shirt on during the national anthem pre-race, for which he received a reprimand.

While pleased with a second place finish, the four-time world champion admitted he was frustrated not to have secured victory.

“Second place is a great result and we can be proud of our performance, but when you are that close to victory, you always want more,” he said.

“At the start of the race, I could see the contact ahead of me, so I took the inside line and found myself with the leading cars.

“From then on, I felt like I tried to take the lead for the entire 70 laps, but it is so difficult to overtake here.

“I think we were quicker for most of the race, but there was not enough of a difference to make an overtake because it was very hard to follow in the dirty air.

“I tried to pressure Esteban [Ocon] into a mistake, but he did not make a single one.”

Vettel sits equal ninth in the drivers’ championship with Pierre Gasly, the duo having both scored 48 points from the 11 races so far this season.

The penalty for failing to provide an adequate fuel sample is typically exclusion, a result which would promote Lewis Hamilton to second and Carlos Sainz to third.