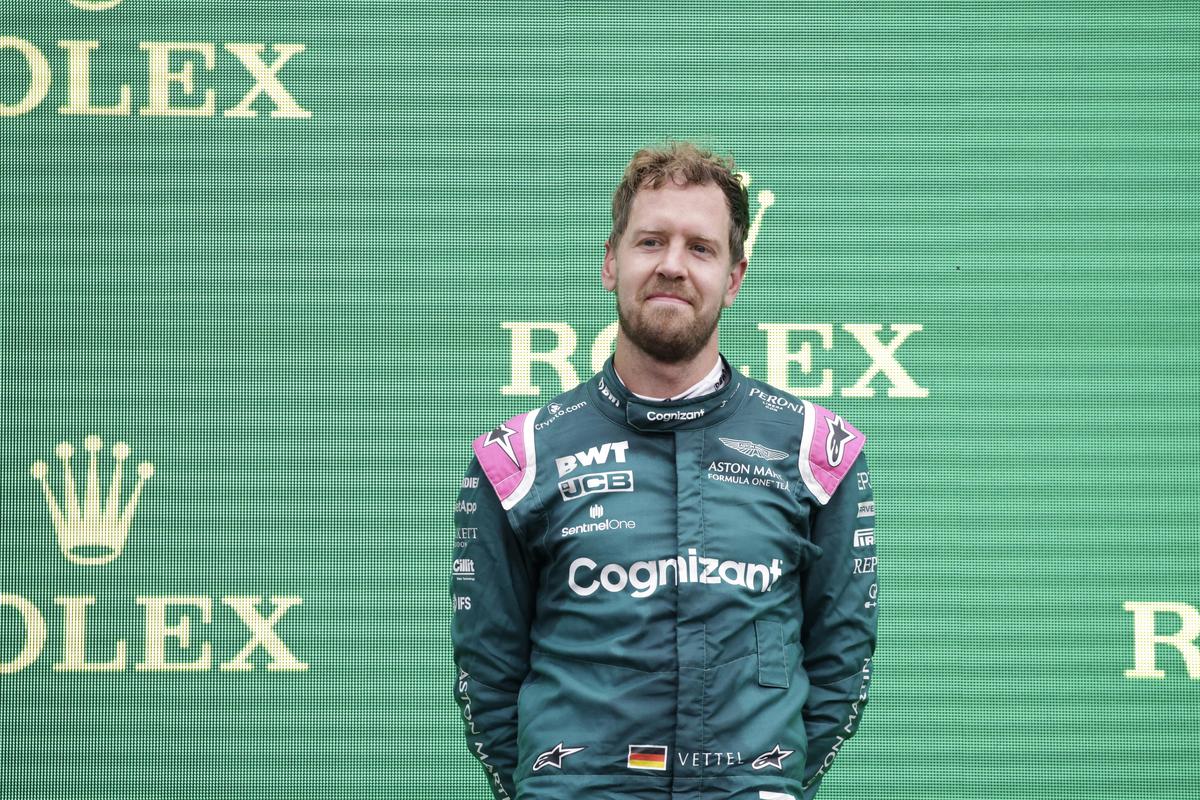 The German’s car failed to produce the required quantity of fuel for inspection, a matter referred to the stewards and which has now resulted in his disqualification.

Vettel stopped the car on the slow-down lap, with the FIA only able to draw 0.3-litres of fuel from the Aston Martin.

Technical regulations mandate that one litre be available.

Representatives from the team were summoned to the stewards before a lengthy process was undertaken in the FIA garage in pit lane.

Ultimately the result did not go in favour of Aston Martin, with Vettel formally excluded from the race.

The 18 points loss is disappointing for the team, but it doesn’t take away from an otherwise flawless drive from Sebastian.

Today we showed that our car has strong race pace. Onwards and upwards. [2/2]

Lewis Hamilton therefore moves up to second and Carlos Sainz picks up his second podium for Ferrari in third.

It also sees Kimi Raikkonen climb into the points-paying positions, while Daniel Ricciardo remains one position outside the top 10.

Hamilton now holds an eight-point advantage over Max Verstappen in the drivers’ championship.

With two cars in the points, Williams now has 10 points to its name as Nicholas Latifi and George Russell move up to seventh and eighth respectively.

The Stewards heard from the team representative.

After the race it was not possible to take a 1.0 litre sample of fuel from car 5.

The team was given several opportunities to attempt to remove the required amount of fuel from the tank, however it was only possible to pump 0.3 litres out.

During the hearing in presence of the FIA Technical Delegate and the FIA Technical Director the team principal of Aston Martin stated that there must be 1,44 litres left in the tank, but they are not able to get it out. This figure is calculated using the FFM or injector model.

The Stewards determine to apply the standard penalty for technical infringements. Therefore they took into account, that it shall be no defence to claim that no performance advantage was obtained.

Competitors are reminded that they have the right to appeal certain decisions of the Stewards, in accordance with Article 15 of the FIA International Sporting Code and Article 10.1.1 of the FIA Judicial and Disciplinary Rules, within the applicable time limits.