The Saudi Prince who owns the would-be title sponsor of Valentino Rossi’s new MotoGP team appears poised to clarify that relationship within days, amid ongoing doubts about the deal.

VR46’s long-awaited move into the premier class as an entrant was announced by Tanal Entertainment Sport & Media, a holding company owned by Prince Abdulaziz bin Abdullah Al Saud, in late-April.

The team was referred to as ‘Aramco Racing Team VR46’ in that communication, indicating major backing by the predominantly state-owned entity otherwise known as the ‘Saudi Arabian Oil Company’.

Despite the Prince thus being an owner of Aramco, the company reportedly denied knowledge of the agreement, and the original press release contained no quotes from any individual, nor any statement from VR46 or its apparent title sponsor.

While Rossi and VR46 management maintain that the deal has been done, scepticism persists.

Those doubts have even led to a theory that Rossi might move to his own team and continue racing next year, beyond his 43rd birthday, presumably to pull in alternate commercial backing thanks to his status as a seven-time MotoGP champion.

Now, Tanal has announced that a press conference will be held by His Royal Highness from his private residence in the Saudi capital of Riyadh, this week.

While the press conference is not specifically related to VR46, at least notionally, “special emphasis” will be given to that partnership.

“Special emphasis will be given to the strategic joint project between Tanal Entertainment Sport & Media and VR46 in the MotoGP World Championship and Moto2 class, organised by Dorna Sports SL and an assessment of this exciting first sponsorship experience of 3 motorbikes in 2021 in both MotoGP and Moto2 classes, together with details regarding technical, logistic and communication and marketing aspects of the joint venture agreement set up with VR46 for the forthcoming 5 years, from 2022 and 2026, in the MotoGP World Championship MotoGP, Moto2 and Moto3 classes, including the Italian CIV,” reads the latest release, in part.

The press conference is set to also cover other potential sponsors and, consistent with the original VR46 announcement, the tourism and industry initiatives which the Kingdom of Saudi Arabia is seeking to build by leveraging its involvement in MotoGP.

“Tanal Entertainment Sport & Media, the holding company owned by His Royal Highness Prince Abdulaziz bin Abdullah bin Saud bin AbdulAziz Al Saud, with the support of a number of Local institutions and representatives of local Saudi’s companies (as potential sponsors) will soon announce a press conference that will take place at His Royal Highness private Riyadh residence within the next few days,” begins the announcement.

“During the conference Tanal will announce its involvement in several global major motorsport projects for the next five years both in KSA and internationally.

“The company’s main field of action within the strategic framework of Saudi Vision 2030 will be focused on racing at the highest level, both motorcycles and cars in international competition. 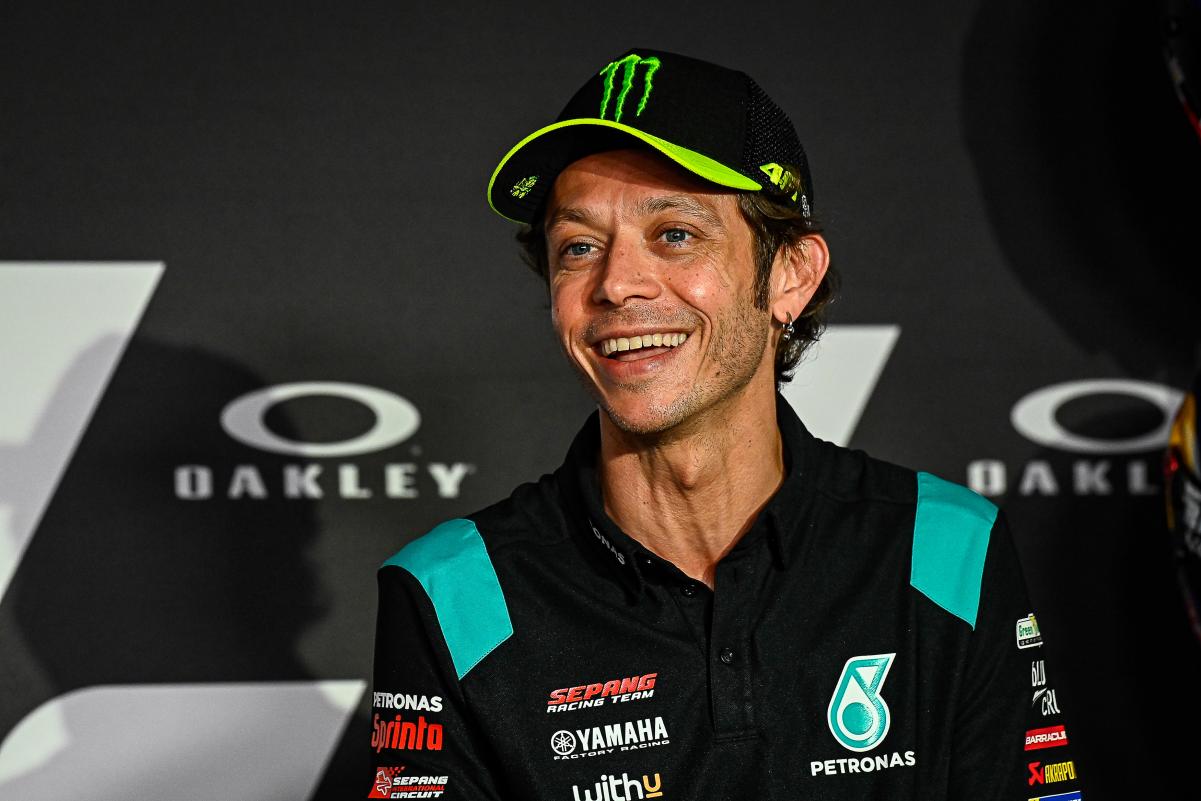 “The overall projects will also include a wide diversification of activities such as a ‘state of the art’ infrastructure which shall host a number of projects, from R&D of new innovative composite materials created for the new generation engines of the future, both for urban mobility and competitions.

“It will feature also a motorsport theme park that will train young Saudi professionals in the automotive sector, including a racing teams which that will accelerate the transfer of skills and knowledge from various European countries, Italy and South Korea, but also a facility for the production of vehicles of the next generation.

“And with the presentation of the various activities, it will be illustrated how all this integrates with the development of the mega urban planning projects in KSA already planned in the Vision 2030 program.”

The notion that Rossi might continue riding by taking up a seat at VR46 next year has gone from an outside chance to a far more realistic possibility in recent weeks.

The Italian’s current team boss, Razlan Razali, gave a hint when he stated that SRT is looking at current VR46 Moto2 rider Marco Bezzecchi given both Rossi and Franco Morbidelli are likely to vacate their seats.

VR46 Riders Academy director Alessio Salucci then revealed that “he will decide”, ‘he’ being Rossi, and if that decision is to put off retirement, then Bezzecchi is indeed likely to go to SRT.

Another year of #46 on the MotoGP grid would certainly please His Royal Highness, who encouraged the veteran to go around again in the announcement that VR46 will field Ducatis in 2022.

“It would be great for me that Valentino Rossi can compete in the next few years as a pilot of our Aramco Racing Team VR46 together with his brother Luca Marini who already competes this year with the sponsorship of our brands KSA New Cities, MAIC Technologies, Tanal Entertainment Sport & Media,” said the Prince at the time.

Morbidelli appears near-certain to move from Yamaha’s satellite partner to its factory team to fill the breach left by Maverick Viñales, based on Razali’s testimony.

Viñales’ most recent comment on his future was that he had no new deal for 2022, but the Spaniard is still in the frame for an Aprilia race seat.

In the meantime, Yamaha test rider Cal Crutchlow will fill in for Morbidelli in the first three races after the summer break, following the Italian’s recent knee surgery.

The MotoGP season resumes this Friday at the Red Bull Ring with the Michelin Grand Prix of Styria.