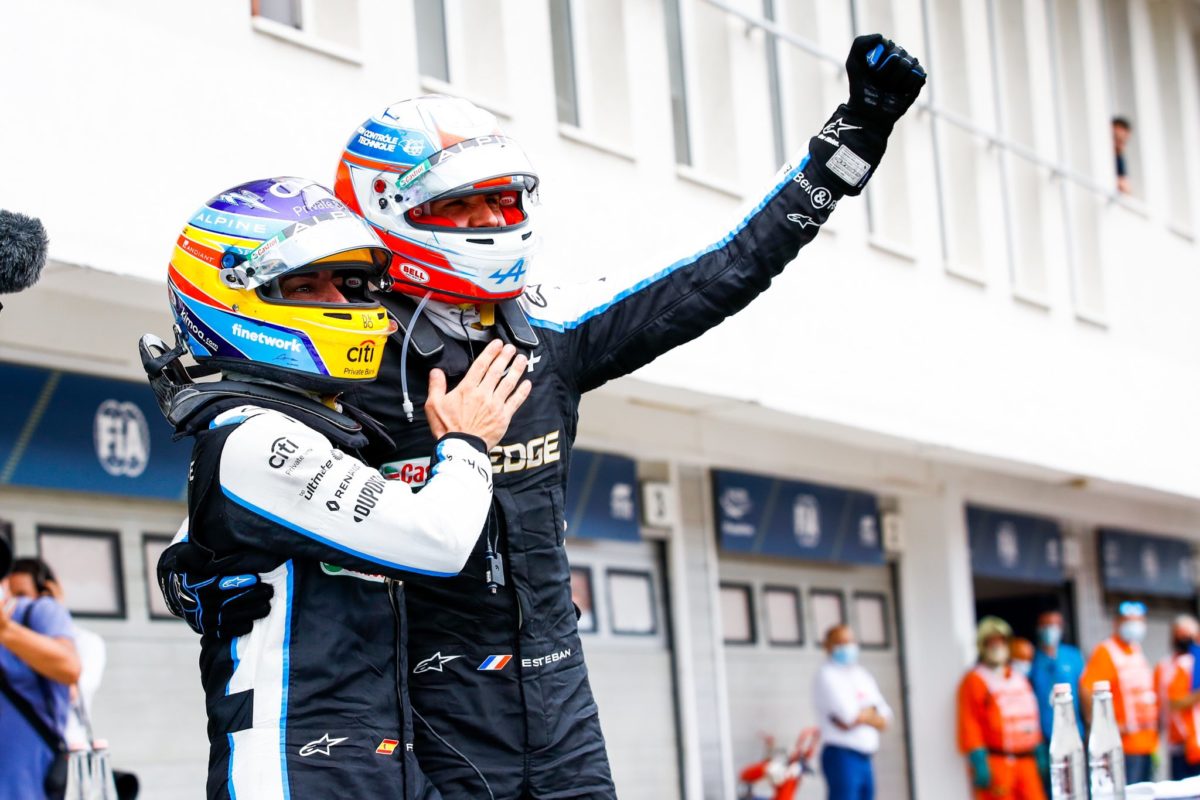 Esteban Ocon has paid tribute to his Alpine team-mate Fernando Alonso after claiming an incredible victory in the Formula 1 Hungarian Grand Prix.

The Frenchman headed Sebastian Vettel to the flag in a race filled with high drama and action, including a strategic error from Mercedes that set up the win for Ocon.

However, it was Alonso’s role late in the race as he battled with the recovering Hamilton that seemed to put the win beyond doubt.

With much fresher tyres and a significant pace advantage, the Mercedes driver was storming towards the race leader before encountering the two-time world champion.

The pair engaged in an entertaining battle for a number of laps, delaying Hamilton such that he ran out of time to chase down Vettel and Ocon to steal an unlikely win.

“It’s the first victory obviously since Renault came back into Formula One,” said Ocon of his breakthrough win.

“We’ve had some difficult moments this season that we overcame together with the team.

“We came back to a fantastic place in Silverstone, and what can I say? I mean, it’s fantastic.

“Congrats to Fernando as well, because I think the win is also thanks to him with the fight that he did.

“It’s teamwork all that and I think it’s been a fantastic day.”

Alonso made his return to Formula 1 this season following a two-year hiatus, and has shown strong pace as the season’s worn on.

He’s also demonstrated a more mellow character, with Ocon revealing the two are working well together.

“Since the beginning of the year we are forming a real strong duo, I would say,” Ocon said.

“We are working together, we are pushing the team to try and improve and get closer to the pack in front.

“Everyone told me a lot of things about Fernando before I came, but everything is wrong,” he added.

“I can tell you, he is a fantastic guy inside, working, and I’m really enjoying the collaboration we have together.”

With 35 points for the team between Ocon and Alonso in Hungary, Alpine has risen to fifth in the constructors’ championship after sitting seventh at the start of the weekend.

Formula 1 now heads on its summer break, the Belgian Grand Prix next on August 27-29.