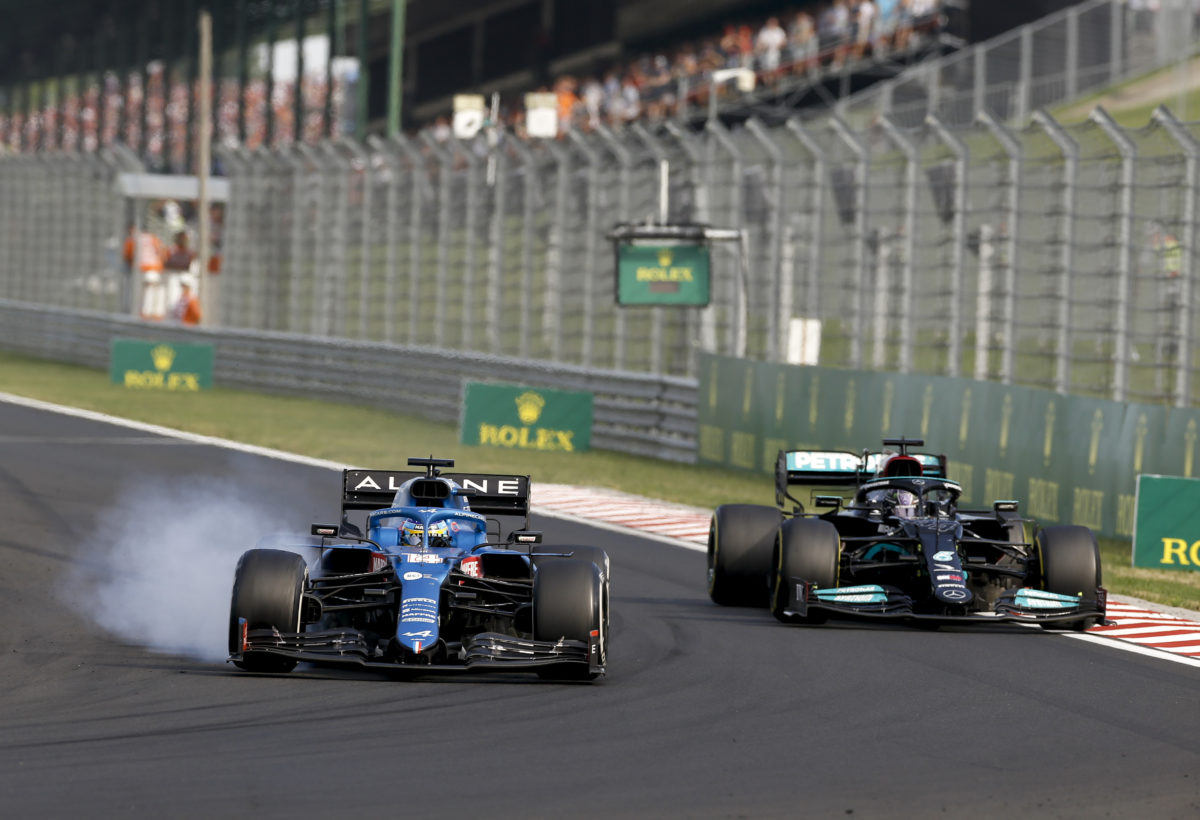 Toto Wolff maintains his team made the right call in leaving Lewis Hamilton on track for the red flag restart at the Formula 1 Hungarian Grand Prix.

Stopped due to the opening lap crash, the race resumed with a standing restart on a near-dry Hungaroring circuit.

Conditions had changed rapidly with the entire field had taken the lap to the grid on intermediates.

But while Hamilton carried on, all 14 other cars remaining in the race peeled into the lane, leaving the Mercedes the only car to take the start.

It proved a disastrous decision which likely cost him victory as Mercedes realised its mistake and pitted the seven-time champ at the end of the race.

However, with the remainder of the field having rejoined the race soon after, and on the more preferred tyre, Hamilton fell to last on track.

Over the remaining laps he used a combination of on-track passing and strategy to recover to third, which would later become second due to Sebastian Vettel’s disqualification, with Wolff maintaining his team made the right call.

“To be honest, I think we did absolutely the right thing,” the Mercedes boss told Sky Sports.

“There’s no one in the team that would have done otherwise.

“As the leading car it’s always difficult to take the decision, and if you’re the only one pitting, then you come out last.

“There is [also] the difficulty of getting out of the pit stand because everybody’s pitting.

“These things can happen,” he added.

“I stand absolutely behind the decision to stay out.”

Hamilton’s charge back through the field was highlighted by a battle with Fernando Alonso.

The two world champions ran wheel-to-wheel on a number of occasions until the Alpine driver finally pinched a brake at Turn 1 to open the door.

“It was awesome racing,” Hamilton said.

“I mean, it was pretty on edge at least once but great racing.

“Obviously, I had a lot of work to do from the back. [It’s] very hard to follow here and we were just giving you absolutely everything right to lead up the last lap.

“Maybe a couple laps more, we could have a bit of a duel.”

The Englishman ultimately crossed the line third, in doing so scoring enough points to overhaul Max Verstappen in the drivers’ championship.

He’ll hold that advantage until at least late this month, with F1’s next race the Belgian Grand Prix on August 27-29.