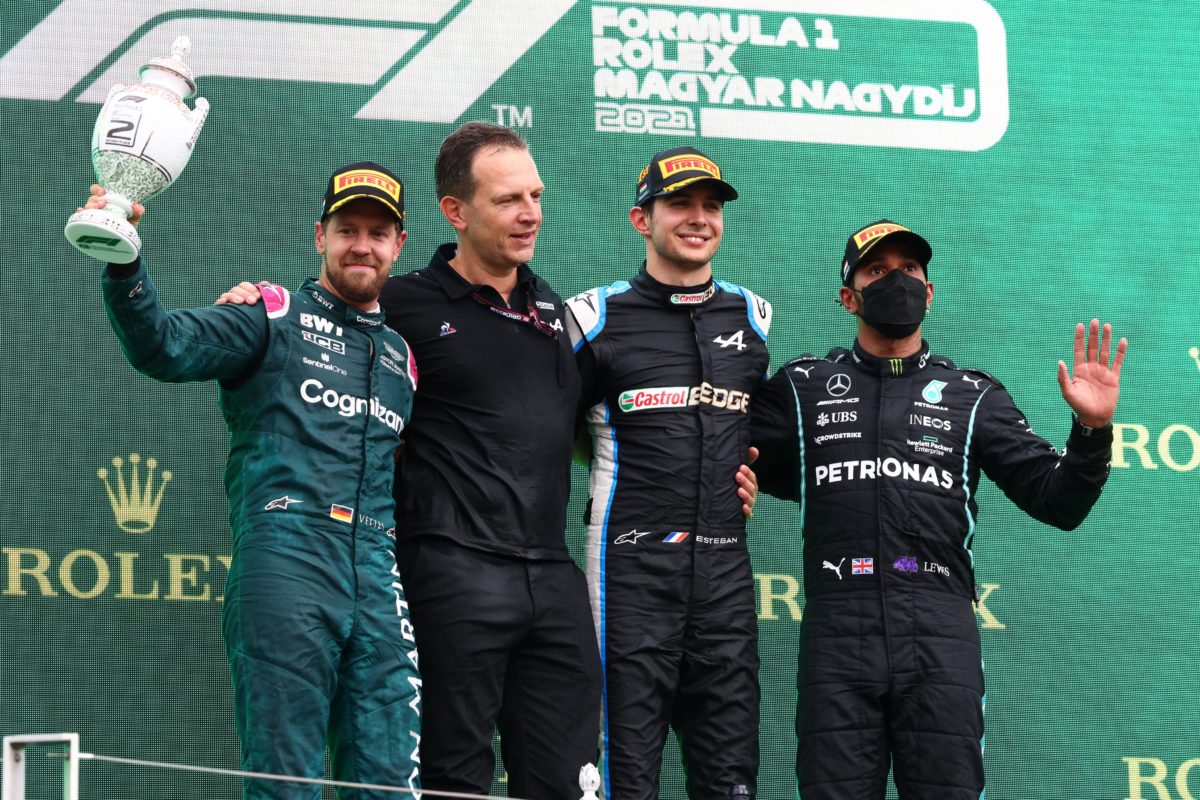 A depleted Lewis Hamilton has revealed he continues to feel the aftereffects of coronavirus.

The Mercedes driver was visibly exhausted on podium following the Formula 1 Hungarian Grand Prix, and missed the start of the FIA post-race press conference as he consulted the team doctor.

“I had real big dizziness and everything got a bit blurry on the podium,” the 36-year-old revealed.

“I’ve been fighting all year already with staying healthy, I think after what happened at the end of last year.”

Hamilton was a high-profile absentee from the Sakhir Grand Prix last year after he returned a positive test for coronavirus.

He returned a week later for the Abu Dhabi Grand Prix, though was still some way from his best.

Since then, the seven-time champion has noticed his body and training has changed.

“I haven’t spoken to anyone, particularly about it but I think it is lingering,” he said when asked about the possibility of ‘long COVID’.

“I remember the effects of when I had it, and training has been different since then, and the levels of fatigue that you get is different.

Research out of the United Kingdom suggests about 10 percent of those who contract COVID could endure a prolonged bout of the condition.

Symptoms of long COVID can range from hallucinations, a loss of taste and smell, headaches, and fatigue, among others.

“Who knows what it is today; maybe it’s hydration, I don’t know, but definitely not had that experience,” Hamilton said of his frailties in Hungary.

“I had something similar like in Silverstone, but this is way worse.”

Third place in Hungary leaves Hamilton leading the world championship by six points over Max Verstappen after 11 of 23 scheduled races this season.

The sport now heads off for its summer break, returning at the Belgian Grand Prix on August 27-29.