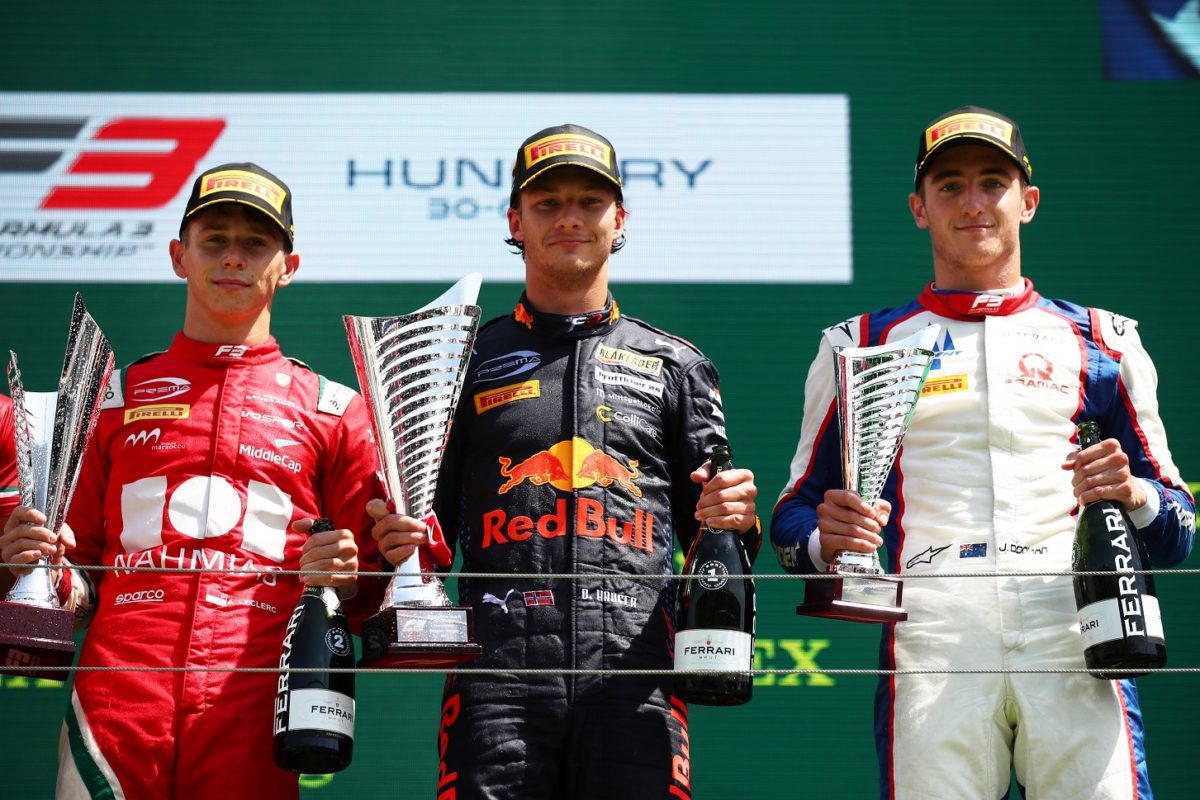 Jack Doohan has moved up to second in the FIA Formula 3 Championship after picking up a podium in the third and final race of the Hungaroring weekend.

The Trident driver is now second in the title race to Dennis Hauger, after finishes of ninth, 13th, and third at the Hungarian Grand Prix event.

Doohan ran around the back of the top 10 for the duration of the opener, and was running seventh in Race 2 before his tyres fell off the ‘cliff’.

Race 3 began under Safety Car due to heavy rain at the Budapest circuit, before Arthur Leclerc led away when the field was let loose.

Leclerc then survived a Safety Car restart, but continued to come under pressure from Prema Racing team-mate Hauger.

The Norwegian unsuccessfully attempted to round up the Monegasque at Turn 1 but was able to pull off an outside move at Turn 3 on the following lap.

The race finished under Safety Car following another incident, locking Hauger into first and Leclerc into second.

Doohan claimed the final podium position having prevailed in an early battle for third with team-mate David Schumacher.

In the championship, Hauger leads Doohan by 63 points, with Williams sitting 17th.

The W Series also supported Formula 1 in Hungary and it was Jamie Chadwick reclaiming top spot on the table after converting pole position into a lights-to-flag victory.

Australian Caitlin Wood, making her first appearance of the season, started at the back after an issue with the rear of her car in qualifying and ended up last of the 17 finishers.

Both FIA F3 and the W Series will support the Belgian Grand Prix on August 27-29.