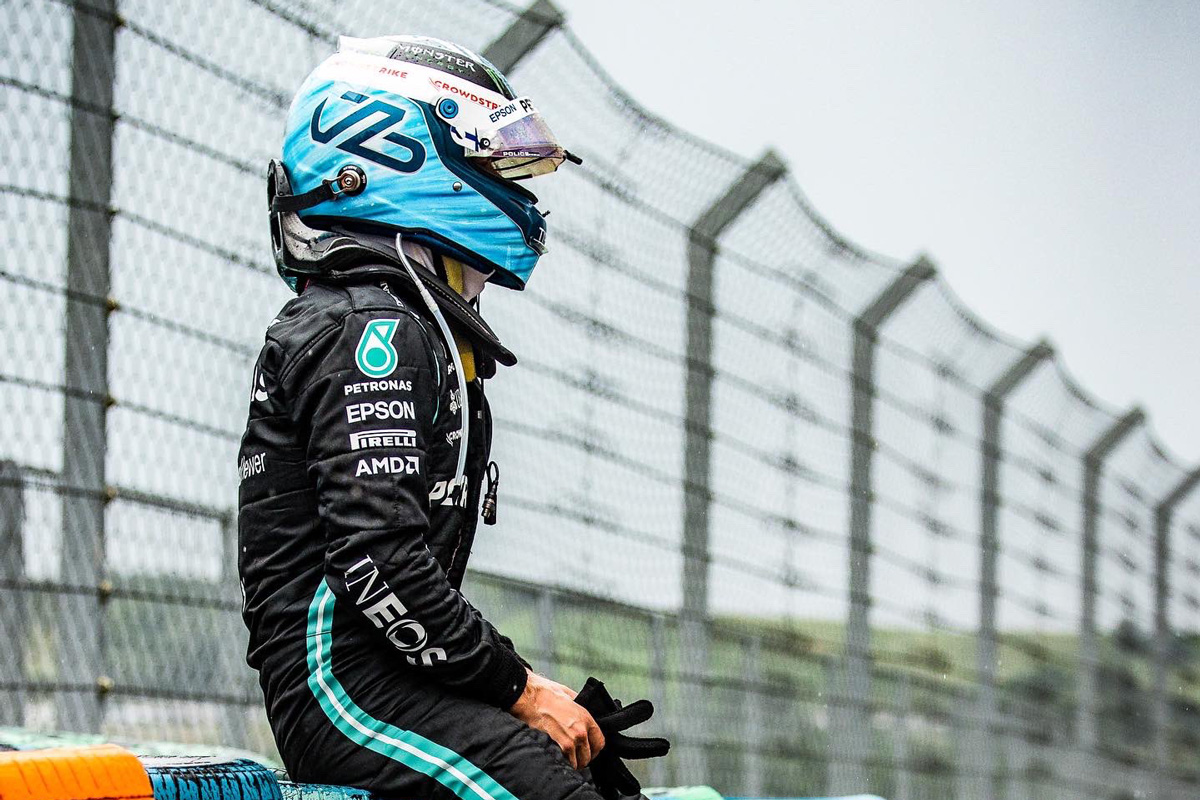 Mercedes driver Valtteri Bottas has accepted full responsibility for a mistake under braking that sparked carnage at the opening corner of the Formula 1 Hungarian Grand Prix.

Bottas had a slow getaway from the front row of the grid and was swamped on the run to Turn 1.

A misjudgement in slippery conditions saw him smash into the back of Lando Norris’ McLaren, which subsequently careered into the Red Bull of Max Verstappen.

Bottas meanwhile skated into the side of the sister Red Bull driven by Sergio Perez, with mass debris causing the race to be red flagged.

The Finn was among five drivers eliminated on the spot – Charles Leclerc and Lance Stroll retiring due to a separate clash at the same corner – and was slapped with a five-place grid penalty for the next event, the Belgian Grand Prix on August 27-29.

Bottas was remorseful in reflecting on the incident.

“I had a poor start with lots of wheelspin off the line, lost a couple of places and then into Turn 1, I was right on the gearbox of Lando and locked the wheels,” he said.

“I misjudged the braking point – it’s always difficult starting a race in those conditions, you’re always ‘guesstimating’ grip levels and today I got it wrong.

“I’ve spoken to Lando and Checo [Perez] to apologise, it was my bad today and sometimes you have to hold your hands up.”

“A difficult start for Valtteri, he suffered wheelspin off the line and found himself sandwiched into the first corner and missed the braking point,” said Wolff.

“A small mistake with large consequences and damage to several cars, and I’m sorry to McLaren and Red Bull – to lose out in an accident like that at the start of the race is tough to take.”

Despite Norris, Bottas and Perez all retiring, the trio remain third, fourth and fifth in the drivers’ championship, respectively.

Alpine and Esteban Ocon capitalised on the chaos – and a Mercedes strategy mishap – to take a stunning victory.