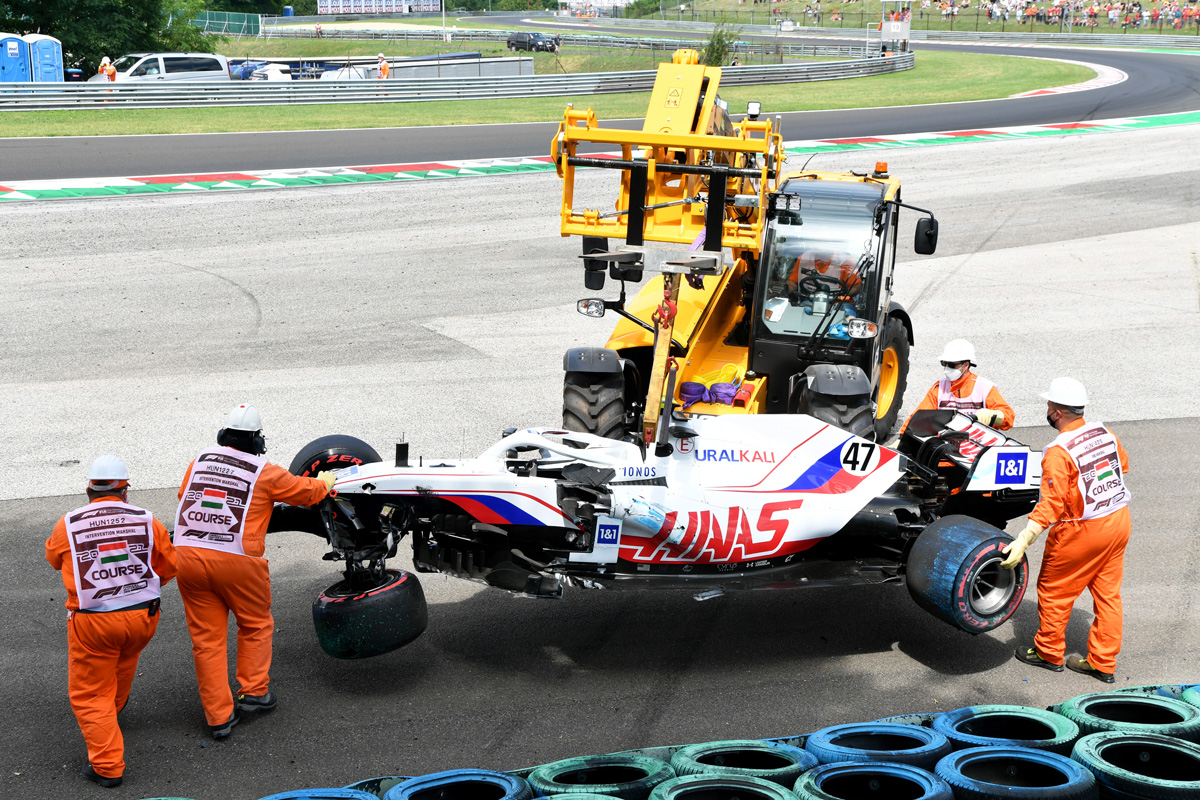 Haas F1 boss Guenther Steiner is considering sitting down with his rookie drivers to “explain the big picture” after the team was left with more damage to repair overnight in Hungary.

A dreadful season was always on the cards when Haas opted to abandon development on its VF-21 and focus entirely on its 2022 car.

It’s been made all the more painful though by a string of incidents for young pairing Mick Schumacher and Nikita Mazepin that won’t have helped the budget.

The latest case saw Schumacher a non-starter in qualifying at Budapest after crashing in the preceding Free Practice 3 session.

“Mick in the last five races had quite a few big ones,” Steiner said.

“If you have a spin or something like this, that happens. But these accidents are quite heavy.

“It’s a lot of money, and for no good reason.

“So we have to work on it, to get better on that one. And, obviously, the budget is the budget, and you need to stick to it.

“You always have to have ideas how to get around it, when you have these accidents.

“At the moment, obviously we feel it, but we can still deal with it.

“But soon we will be in a position where it’s like, ‘yeah, we need to find new ways to overcome this’ because they’re getting a little bit too frequent and too heavy.”

Steiner did credit Mazepin, who has had a tidier run since his nightmare start to the season, but nevertheless said his drivers need to play their part as the American-registered team rebuilds.

“To deal with the drivers, it’s mainly just maybe sitting down and explain the big picture again, that sometimes you need to take risk, but you take risk if there is opportunity,” he added.

“If there is no opportunity, I never take risks personally, because there’s nothing to be gained.

“And I think at the moment, we know that there is not a lot to be gained, especially not in FP3, and we shouldn’t take this risk in FP3.”

Schumacher made a point of thanking his mechanics, who nearly managed to have his #47 repaired in time for a late crack at qualifying.

“The way we hit the wall was very unfortunate because that meant the whole side was broken and we had to repair and replace it and it’s just something that takes more time,” said the son of seven-time world champion Michael.

Mazepin and Schumacher are set to share the back row of the grid for the Hungarian Grand Prix, starting 23:00 AEST tonight.