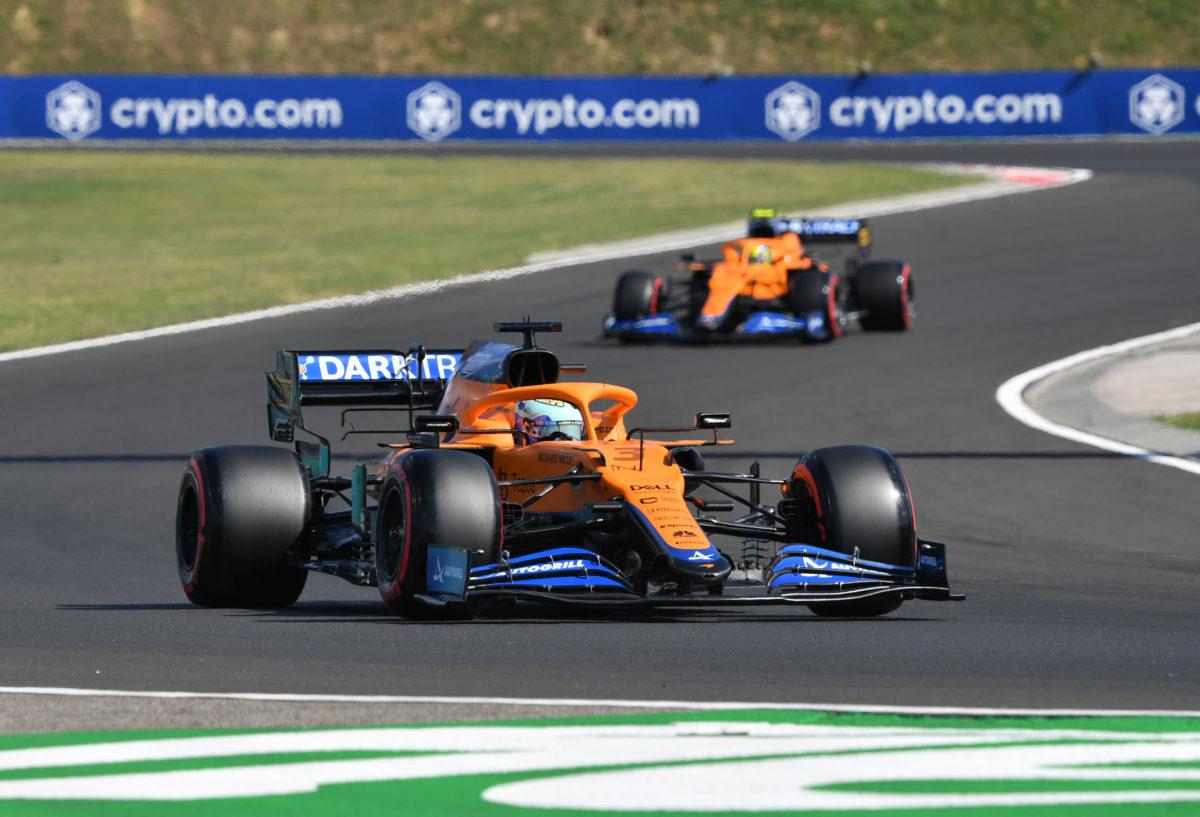 Daniel Ricciardo ahead of Lando Norris at the Hungaroring

Eleventh in qualifying for the Formula 1 Hungarian Grand Prix is the ‘sad reality’ of where Daniel Ricciardo is with the McLaren MCL35M.

The Australian again found himself comprehensively out-qualified by team-mate Lando Norris on Saturday after failing to progress beyond Qualifying 2.

His best of a 1:16.871s was four tenths down on Norris’ time, which left the young Englishman sixth on the grid for Sunday’s race.

For Ricciardo, it’s a continuation of the deficit he’s experienced throughout the season to date, with some circuits highlighting that difference more than others.

“I don’t want to draw a line under it, like this is definitive and this is what it is, but obviously more often than not this year it’s been the case,” he said of the gap to Norris.

“There’s still obviously some things with the car – like, I’ll be able to put a lap together, but again at this level, when everyone is obviously doing well…”

Throughout the early part of the season, both Ricciardo and McLaren cited his unfamiliarity with the McLaren MCL35M, and that a grace period was needed for him to adapt.

“I’m pretty familiar with the equipment now. It’s sometimes not enough, or too often not enough,” he conceded.

“It’s trying to just extract a bit more confidence in the car through feel, and I guess that’s, that feel comes through set-up, and stuff like that.

“A bit of a sad reality for the moment.”

Ricciardo missed progressing into Qualifying 3 in Hungary by just 0.08s, and while there was time left on the table, he reasons all drivers could offer similar excuses.

“There was a little bit there,” he admitted when asked by Speedcafe.com if a mistake at the chicane on his final flying lap was the difference between progressing and not.

“I think it was just like a little snap on exit, it didn’t really delay much throttle.

“Sure, [it] scrubbed off a bit of speed, so yeah there was certainly a bit there.

“Other than that, the lap itself was decent in terms of no big errors,” he added.

“There wasn’t chunks of lap time anywhere, it was just probably a little bit here and there.

“But it’s tight this year, [and I’m] obviously not on the right end of it often enough.”

By starting 11th, Ricciardo will enjoy free tyre choice for Sunday’s race, while eight of the 10 cars ahead of him are locked in to starting on the soft compound rubber.

The Hungarian Grand Prix gets underway at 23:00 AEST this evening.