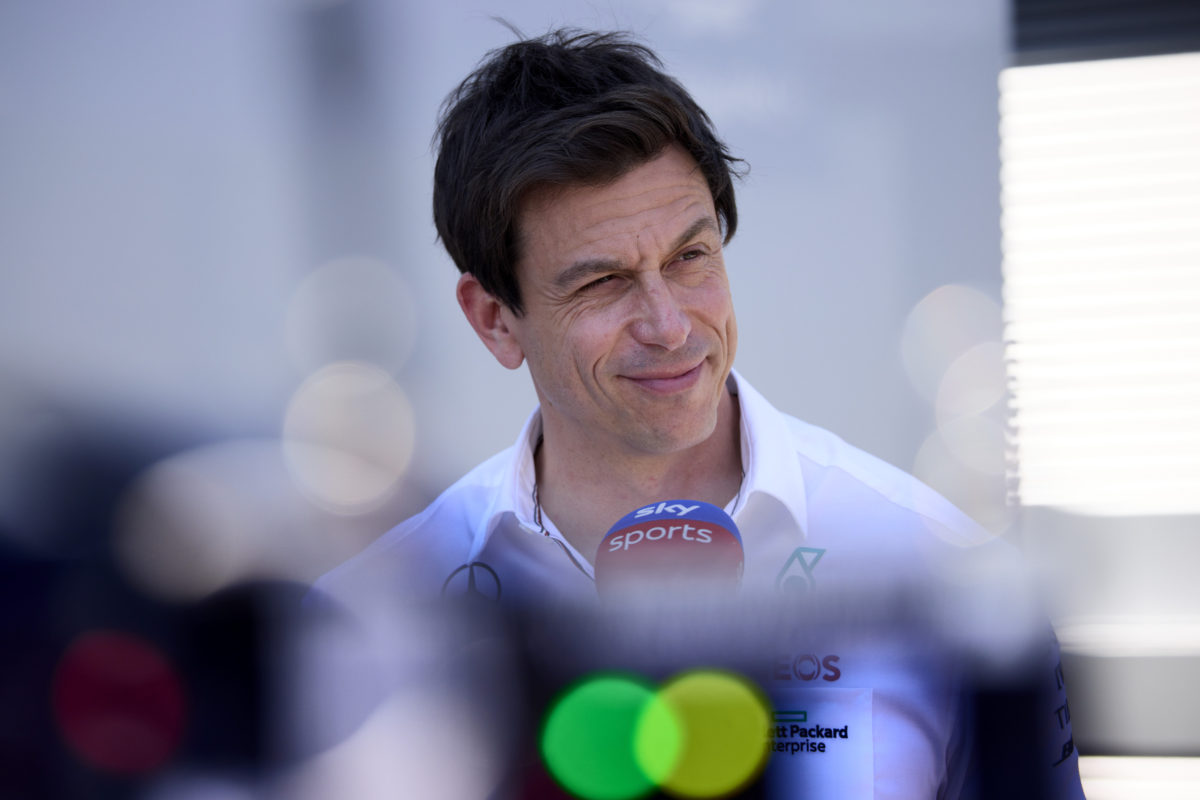 On Thursday evening, representatives from Red Bull, Mercedes, and the FIA met to review new evidence in the opening lap incident between Lewis Hamilton and Max Verstappen in Silverstone.

Officials opted to reject the review, after which Wolff’s squad issued a statement described by Christian Horner as “antagonistic”.

“I think we all wanted to bring a little bit of respect back to the discussion,” Wolff said when asked why his team had issued the statement.

“We understand that emotions can run high and that it’s always a matter of perspective and perception, but we felt that the line was overstepped.”

Red Bull boss Horner was outspoken in his criticism of Hamilton following the crash which left Verstappen in hospital following a 51G impact.

Those comments were reflected in the submission made to the FIA in requesting a review of the incident, a point Wolff took issue with.

“The remarks that were made during and after the Silverstone Grand Prix were just elaborated further in the document,” Wolff explained, “and not always looking at the incident only, but giving it a wider taste.

“That was, beyond all the other things, just a step too far.

“I think everybody needs to decide whether they want to apologise or not,” he added when asked if he’d seek an apology from Horner.

“We felt that the comments that were made during and after the race, and then in written statements, and in the meeting itself were below the belt.

“But it’s not up to me, nor would Lewis want or demand any apologies.”

The Silverstone crash has proved a flashpoint in a competitive championship battle between Hamilton and Verstappen, with the pair split by just eight points after 10 races.

Victory in the British GP ended a dry spell for Mercedes, and its seven-time champion, which had stretched back to the Spanish Grand Prix in May.

It came off the back of an update package for the W12 that weekend, which saw Hamilton claim provisional pole for the race, only to lose out to Verstappen in Sprint Qualifying on Saturday.

With limited practice, and therefore setup time, it was from that Sprint Qualifying session that it became evident that Red Bull enjoyed a significant straight-line speed advantage and, once ahead, would be difficult to pass on track.

Though he went on to win the race, the 36-year-old was judged to be predominantly at fault for the incident and served a 10-second penalty for it at his pit stop.

He then chased down Charles Leclerc in the second half of the race, passing the Ferrari driver in the closing laps to claim his eighth British Grand Prix success.